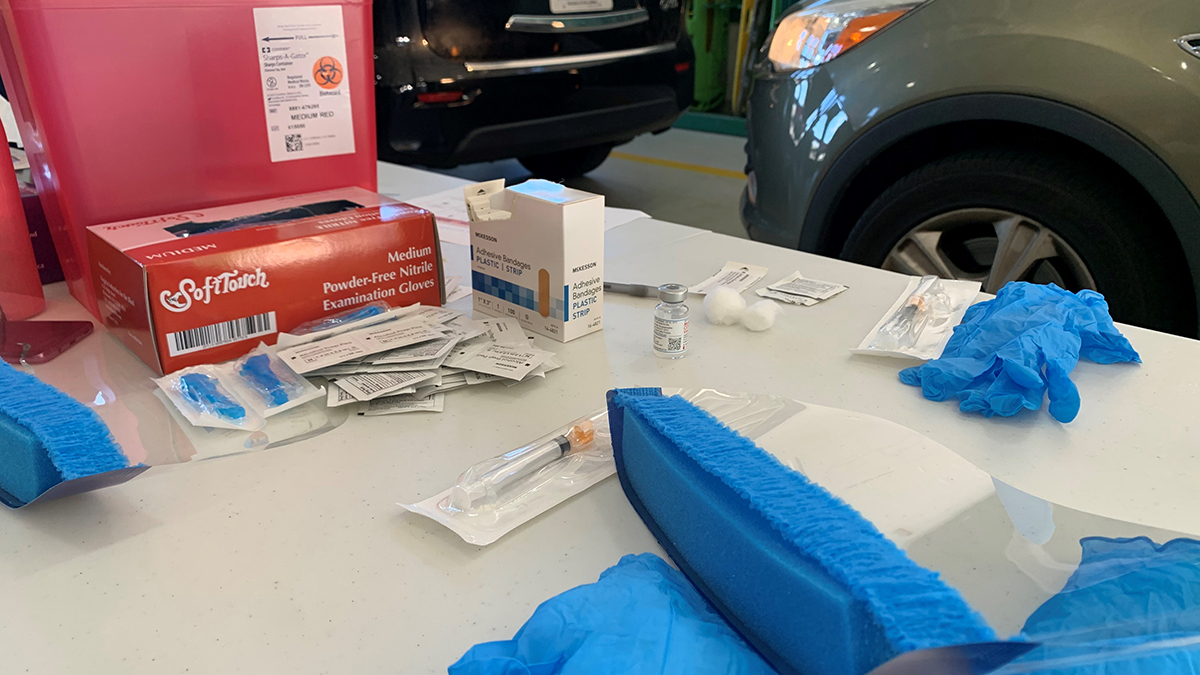 Photo by Mechelle Hankerson/WHRO. A number of COVID-19 vaccine doses were improperly stored at a Hampton Walgreens location. People who received a shot there in mid-March should get revaccinated.

What Happens If Your COVID Vaccine Wasn't Stored Correctly?

A Walgreens in Hampton says it “improperly stored” a portion of the Pfizer vaccine doses it administered last month.

Patients who received a shot between March 12 and 26 may need to get revaccinated, according to the chain.

“Walgreens has discovered that certain vials of COVID-19 vaccine were improperly stored at one of our pharmacies before being administered to patients,” company spokesman Fraser Engerman told WHRO.

The problem impacted Pfizer vials at the pharmacy location on Mercury Boulevad. Engerman said staff were in the process of contacting patients who may need to get re-vaccinated, but he would not say how many doses were affected.

It is somewhat unclear how much the storage issue diminished vaccine efficacy.

“We have been in contact with the manufacturer and, while the viability and potential impact on the effectiveness of vaccines that have been improperly stored remains unknown, revaccination is recommended,” Engerman said.

The vials were outside the recommended temperature range for more than eight hours, according to a spokesperson the Virginia Department of Health, who confirmed that Walgreens alerted state health officials to the problem.

"The doses should be considered invalid and therefore, [Pfizer] recommended re-vaccination sooner rather than later," Virginia Department of Health spokesperson Cheryle Rodriguez said in an email.

In February, the FDA determined the Pfizer vaccine could be stored at standard freezer temperatures for up to two weeks, as opposed to the ultra-cold storage that was initially required.

Engerman would not specify the storage temperature Walgreens uses for its Pfizer doses.

Vaccine storage requirements are subject to change based on new data, said Kelly Goode, a professor at the Virginia Commonwealth University School of Pharmacy.

She said in the event of a storage mishap, vaccine manufacturers -- like Pfizer -- will examine the available data and determine whether the doses are likely compromised. Encouraging patients to get revaccinated is standard in this type of situation, Goode said.

“Based on what we know these vaccines, what we know about other vaccines … if you are given a vaccine that’s expired or has been stored improperly … you should get another one," she said.

“Repeating doses is not going to hurt somebody."

In the case of the COVID-19 vaccine, Goode said the Centers for Disease Control recommends revaccination as soon as possible.

“Maybe you want to do it in the other arm,” Goode suggested.

There are precise standards for vaccine storage and shipment. Goode said these regulations are critical because it may not be apparent when a vaccine is damaged.

“It may not change color. It may look exactly the same,” she said. “And that’s why we have to make sure we’re tracking that storage very carefully and keeping up with the cold chain across the lifespan of that vaccine.”

Still, sometimes providers will make a mistake -- that's the case with any vaccine, not just the COVID-19 shots.

“And so we are using the best vaccine science that we know, which would be to repeat those doses," Goode said.

This is not the first pharmacy in Virginia to report a vaccine mishap. Last month, a central Virginia Kroger injected a small number of patients with empty syringes, forcing them to schedule new appointments.

CVS said that, last week, it administered an empty syringe to a single patient at its location on North Military Highway in Norfolk. A company spokesperson said staff quickly contacted the person to correct the mistake.