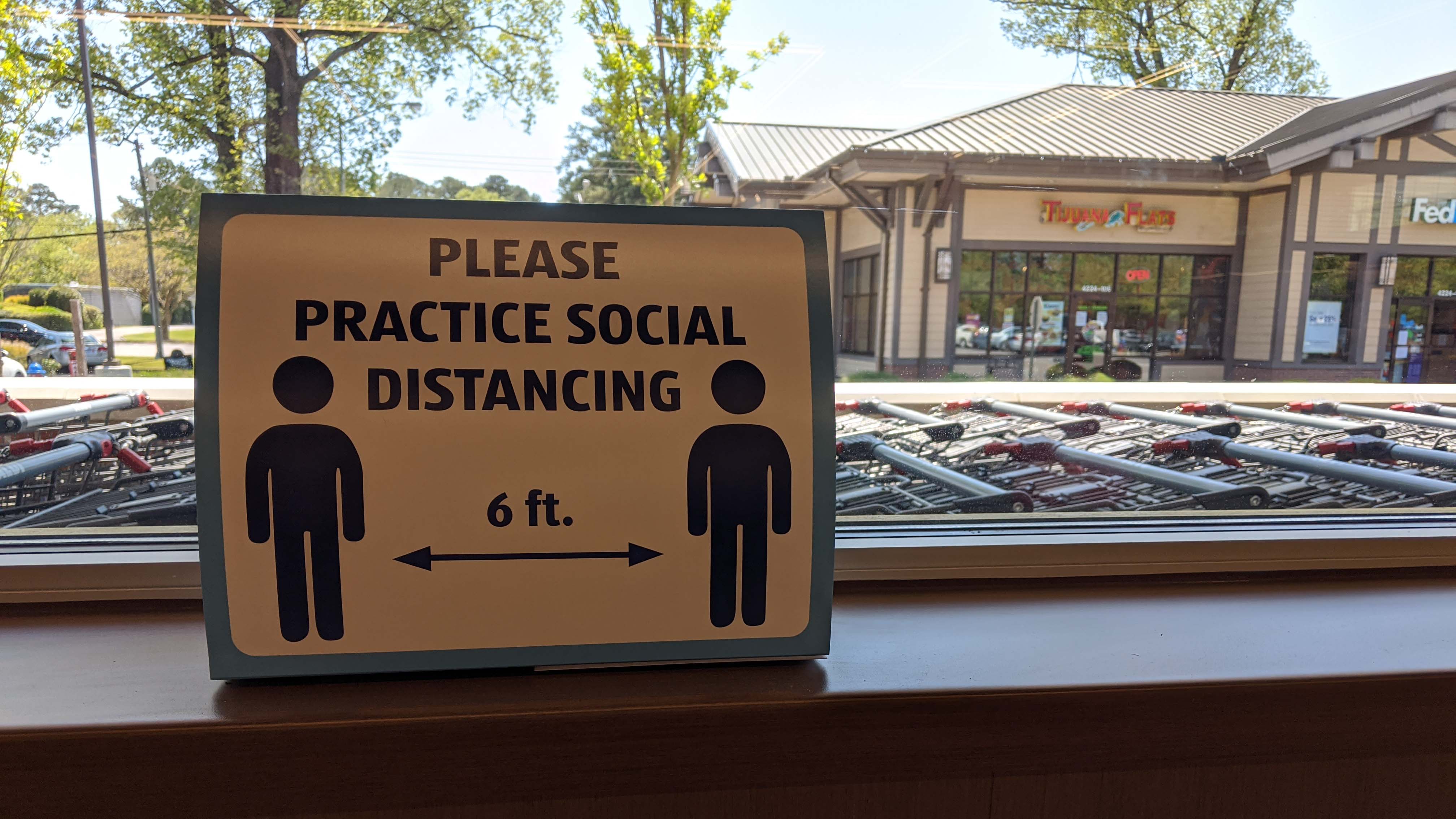 Photo by Rebecca Feldhaus Adams, WHRO.The majority of Virginia's health districts are currently seeing a surge in COVID cases, according to a model by the University of Virginia.

A forecast that uses Facebook data estimates that within two weeks, most Hampton Roads localities will see a 6-10% rise in COVID-19 cases.

Facebook’s Data For Good department uses its artificial intelligence capabilities with data from public health agencies --like the daily COVID-19 case projections from the Virginia Department of Health -- to make projections.

Some movement and location data from user profiles that allow Facebook to track the data is also used. There’s a voluntary survey, created by partnering universities, that people can also fill out to inform Facebook’s model, said Laura McGorman, policy leader at Data For Good.

Users have to grant permission for the data the company uses from their profiles.

“What you tend to see is that in places that have spikes right now, the next two weeks tend to look pretty high as well,” she said in an interview with WHRO. “This isn't predicting caseload out six months a year from now, where things could look very different. We're trying to be very timely because we know resource allocation is occurring on a daily basis.”

“It's going to be highly dependent on the population of the county and what caseload has looked like over the past few weeks,” McGorman said.

McGorman said New Jersey and New York use Facebook’s model to decide where to send medical equipment, like ventilators.

In Virginia, leaders use a model developed by the Biocomplexity Institute at the University of Virginia. The researchers there have created models for flu pandemics, Ebola and Zika outbreaks.

Unlike, Facebook, UVA doesn’t prioritize coming up with exact case numbers, calling it “impossible and unnecessary.”

“The model that we provide the state is not about forecasts or predictions at all, it's about various possible scenarios, and the possible state of the system after a certain period of time,” said Madhav Marathe, one of the researchers who works with the UVA model.

But it’s not as complete as other models, which can help inform policy decisions.

“You can't ask a Facebook model what would happen if a state closed the schools now, for instance,” he said.  “And so for certain kinds of questions that you might get, some models are better than others.”

Over the last few months, UVA  researchers have used their model to figure out where and when there have been big increases in positive cases.