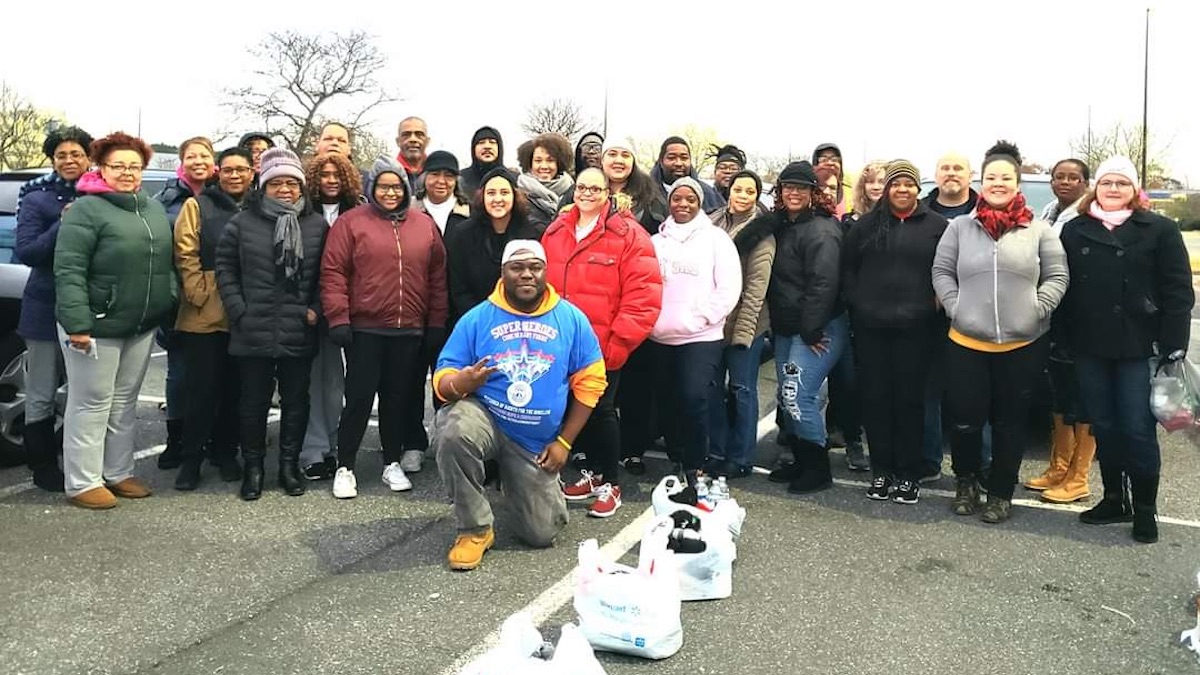 Antione Hines knows all about loneliness.

"I tell people, 'My first divorce was from the military, my second was from my wife,'" he says.

He grew up in Brooklyn in a world where crime and drug use was common. His brother went to prison, he says, and the military was his way out of that terrible situation.

So he joined the Navy and spent a decade working as an electrician on submarines. Hines spent months at a time in close quarters with a crew of people, living in a highly structured world beneath the ocean.

And when he left that world, he got lost. His marriage collapsed, he became homeless and he almost lost custody and all contact with his daughter. He went into a deep depression and had thoughts of suicide.

As he regained his footing, Hines formed a support group. Veteran's Homefront, provides peer support and intervention to people who face the same struggles he faced. Based in Chesapeake, Va., his group helps vets navigate services and programs to get housing and a job opportunities.

He calls his volunteers "battle buddies," because they join vets in a tough fight.

"I know where you came from. I know what it was like," he says. "But now let me be your friend and connect you to the VA hospital, let me make sure you know Miss Shirley that's in a department over here, let me tell you where the DAV is at."

But mostly, his volunteers let veterans know they're not alone.

Isolation is dangerous, and veterans can have a particularly hard time coping with it, according to Lauren Brady. It makes any different mental health problems worse -- problems like depression, post-traumatic stress disorder and substance abuse. It raises the risk of suicide, she adds.

Brady is a mental health counselor at Watermark Psychological Services. She has extensive experience with military personnel and their families, and says that the nature of military service itself separates vets from the rest of the population. Military personnel make life and death judgement calls and often see things in their service "beyond what most of us are ever asked to see and experience."

"That takes a toll," she adds, "psychologically and emotionally."

Isolation itself is not a simple as just being alone, she says. It's a lack of honesty, a lack of deep connection.

"If you have people in your life that you are able to open up with and be vulnerable about the things that are important to, and express concerns openly with," Brady says, "that is really the most critical piece."

And PTSD itself, which occurs in more than 10% of vets of recent conflicts, often causes people to withdraw. When people are exposed to bad emotions, they shut down emotionally.

"We will frequently see high rates of divorce post deployment," she says.  Fortunately, she adds, people around a vet can help.

"One misconception is that because I haven't lived what they've experienced, that I can't be helpful or relate to them, and that's just not true. We know that if we can just take the time to listen, and sit and be with someone, that makes a huge difference."

Asking a friend or family member what they're going through, and taking the time to listen, can have enormous benefits.

"Be a good listener," she says. "Try to practice being vulnerable. Be honest about how you feel with other people."

Military culture is changing, according to Brady. The attitude of "suck it up and push on through" no longer dominates as defense officials recognize that mental health is just as important as physical conditioning.

Vets who face isolation and other problems also have resources, like Military Onesource. Brady says the Psychology Today website also has listings of local counselors, and a vet can search through them by area of expertise.

If you or someone you know is struggling, help is available.