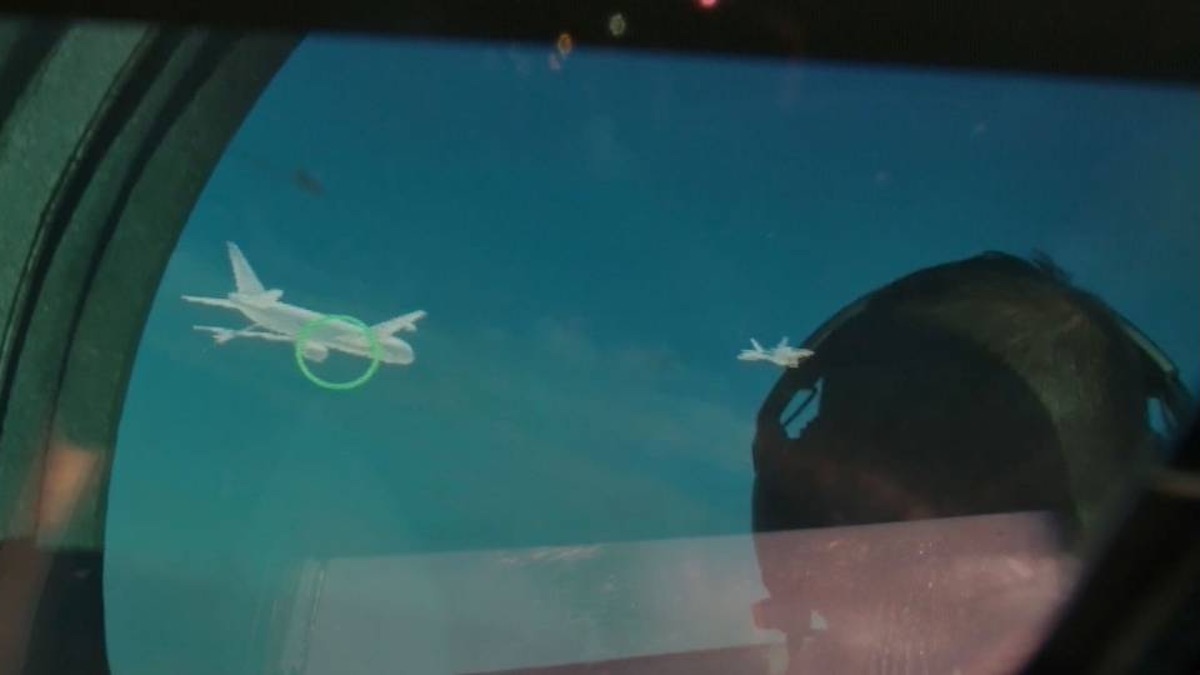 This is the pilot's view of the augmented reality system in action. Photo by Red 6.

Right now, when a pilot launches into the air to train for a dogfight, he has to face off against another human being in another plane, burning fuel and clocking flight time.

But a technology firm called Red 6 is working to change that, using a combination of augmented reality and artificial intelligence. Augmented reality is different than virtual reality. Instead of putting on a helmet and being surrounded by a computer generated world, a person will see images that seem to exist in the real world.

"We put virtual airplanes up into the sky," said Daniel Robinson, a co-founder of Red 6, along with colleagues Nick Bicanic and Glenn Snyder.

Red 6 has teamed up with Lockheed Martin and Epic Games, the creator of Fortnite, to create the system. They've been working with the U.S. Air Force for two years, and hope to test the system on a U.S. Air Force platform later this year.