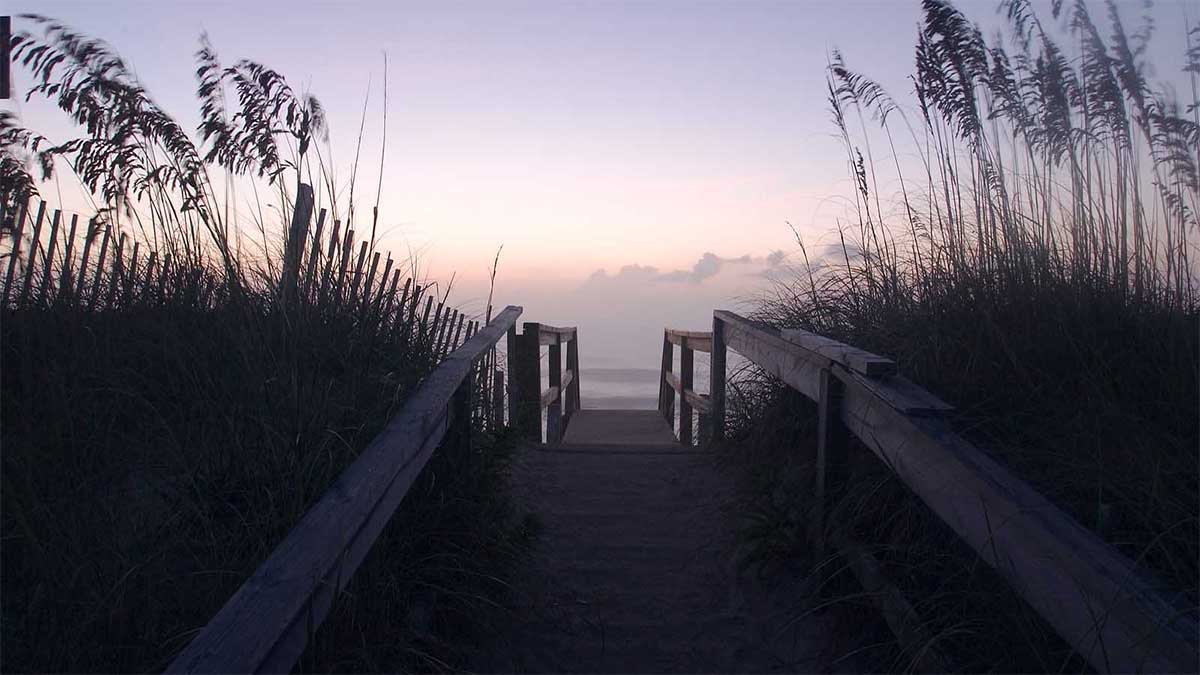 OBX Bites: Your New Stop Before The Bridge

Many will soon head to the Outer Banks in hopes of respite from woes and winter. The nearby escape is a tradition for some, transporting Virginians to lone beaches and star-lit skies. Over the last few years, OBX has seen a surge in eateries as well, particularly those catering to a variety of lifestyles. One such place is OBX Bites – just before the Wright Memorial Bridge. 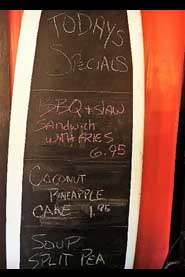 The surfer-inspired lunch spot is a favorite among locals and offers vacation grub for everyone. Owners Valerie Wagner and Paul Watson say they have been “serving hot dogs and burgers since opening in 1959…and wanted to expand that to include meatless.” In November, their menu debuted as half-meat, half-plant-based. Indeed. They parallel juicy beach fare of BBQ, chicken sandwiches, and hotdogs with almost the exact vegan alternative, even the Ben and Jerry’s, leaving customers to pick their path.

More and more, people are cutting back on meat, and companies are noticing. “It’s amazing how many people are seeking us out, learning about us from social media or word of mouth. There are many more veggie minded people in our local area than I ever anticipated, and it’s been a lot of fun getting to know them, in addition to our meat loving neighbors,” says Wagner. 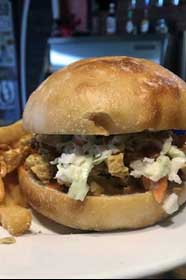 Check out the surf board for the specials. The two stand-outs on the vegan menu include THE IMPOSSIBLE BURGER and – okay, we’ll start there. This burger is notorious in the meat-industry because the taste and texture are similar to meat, without the heavy feeling or environmental impact. People are so curious about this food anomaly, in fact, that it comes up as Google’s #2 search. If you enjoy the greasy meatiness of a burger, or the Beyond Burger, this one is just as tasty, but less dense and caloric. The Impossible Burger is almost impossible to get to the East Coast, so you’ll pay a little more for it, but it’s worth every bite ($14.95). The details are in the soft bun. Top with Vegannaise and Chao cheese, if you like.

The Meatless BBQ Sandwich with Coleslaw is a strong contender as well. The pulled “pork” of seitan is coated in a smoky sauce. Fresh cabbage and carrot coleslaw tops the sandwich for a little crunch and a little sweet ($7.95). OBX Bites owners are constantly working on their craft, and their next project is perfecting pizza with a new vegan cheese that supposedly melts like Daiya but tastes like real mozzarella. It should be available by April.

So, make the stop before the bridge. You may find OBX Bites becomes your new tradition on the ride to the Outer Banks.

Alicia DeFonzo is a Lecturer of English at Old Dominion University, who teaches Food Writing and Study Abroad courses. She is a food/travel contributor and a member of the WHRO Community Advisory Board.