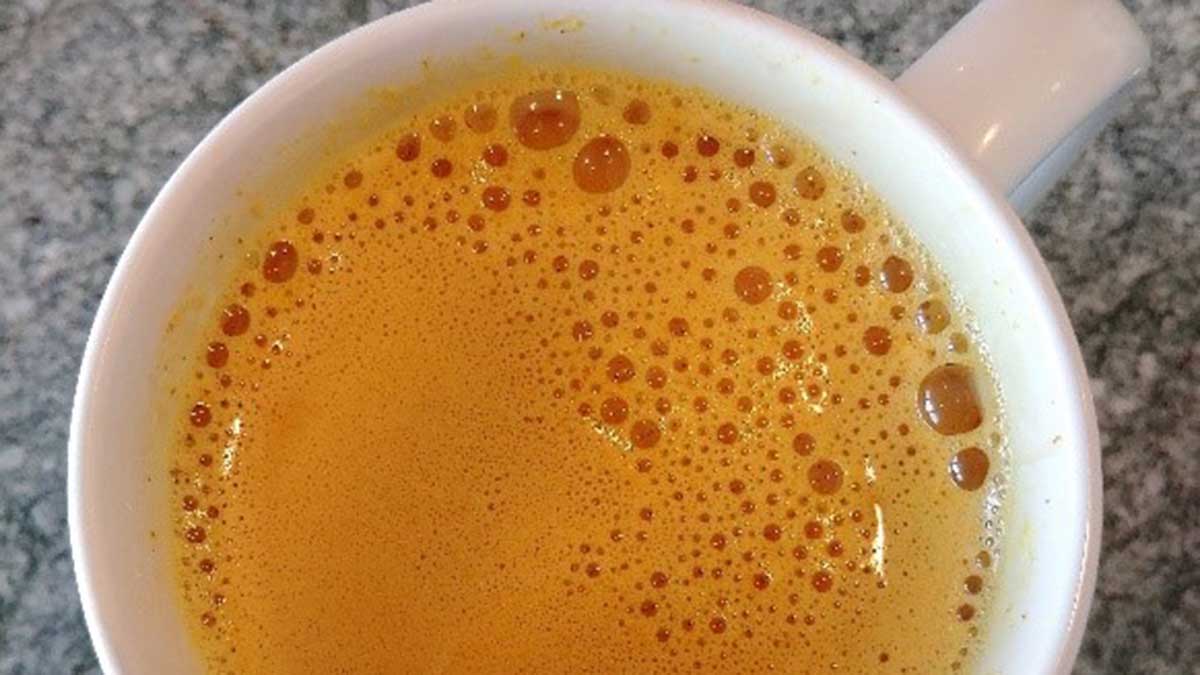 Tis the Season for “Golden Milk”

A few years ago, Vice featured the healing properties of “Golden Milk,” an ancient brew found in India, which supposedly helps shorten the length and symptoms of the common cold. The smiling Indian women in the segment stirred a huge, clay bowl of the milk, unveiling the timeless recipe.  The show must have seeped into my subconscious, that was, until my house was suddenly overcome with sickness this October.

We prepared as usual, washed hands, stayed hydrated, ate right. That didn’t stop it. The virus shifted from son, to husband, to me. I was desperate. Of course, the over-the-counter stuff can mostly get you through the day and night, but they do not HEAL. I needed something with real powers. I needed “Golden Milk.”

In my mad search online, I found the wise women and the simple recipe; however, I was missing the ingredient of saffron. If you can find saffron at the grocery store, it will cost you twenty dollars minimum for a few tiny bunches. Instead, I focused on the key ingredient, what makes the golden milk golden: turmeric. Turmeric is growing in popularity because of its well-known, anti-inflammatory properties. If I had the turmeric, I had everything.

I added the following to one small pot over medium heat:

Stir the mixture with a whisk every few seconds to blend the spices as well as keep the milk from burning. It should only take 2-3 minutes. Towards the end, I prefer to froth the mixture by whisking quickly, and pour.

Smell the milk first to prepare yourself. Though turmeric is a warm, earthy spice, and the cinnamony froth gives the illusion of a cozy winter drink, you’ll need a second to adjust to the taste. Remember the healing powers if you must. After a few sips, you’ll get used to the faint flower-pot-like flavor. *This is also why I recommend sweetened almond milk or the fatty sweetness of coconut milk.

Lastly, now this is crucial, take your time sipping and use a small spoon to serve. Turmeric is a heavy powder so expect some will fall to the bottom. Stir occasionally. If you do not, you will find your mouth begin to numb because you’ve had too much at once.

The next morning, I woke up feeling better, and wiser. Perhaps it was all placebo effect, perhaps not. But this mysterious elixir had seemed to improve my condition. Within two, I was healed and smiled.

Alicia DeFonzo is a Lecturer of English at Old Dominion University, and a freelance food and travel writer for WHRO’s Let’s Eat. She is also a member of the WHRO Community Advisory Board and a frequent literary guest on Hearsay with Cathy Lewis.