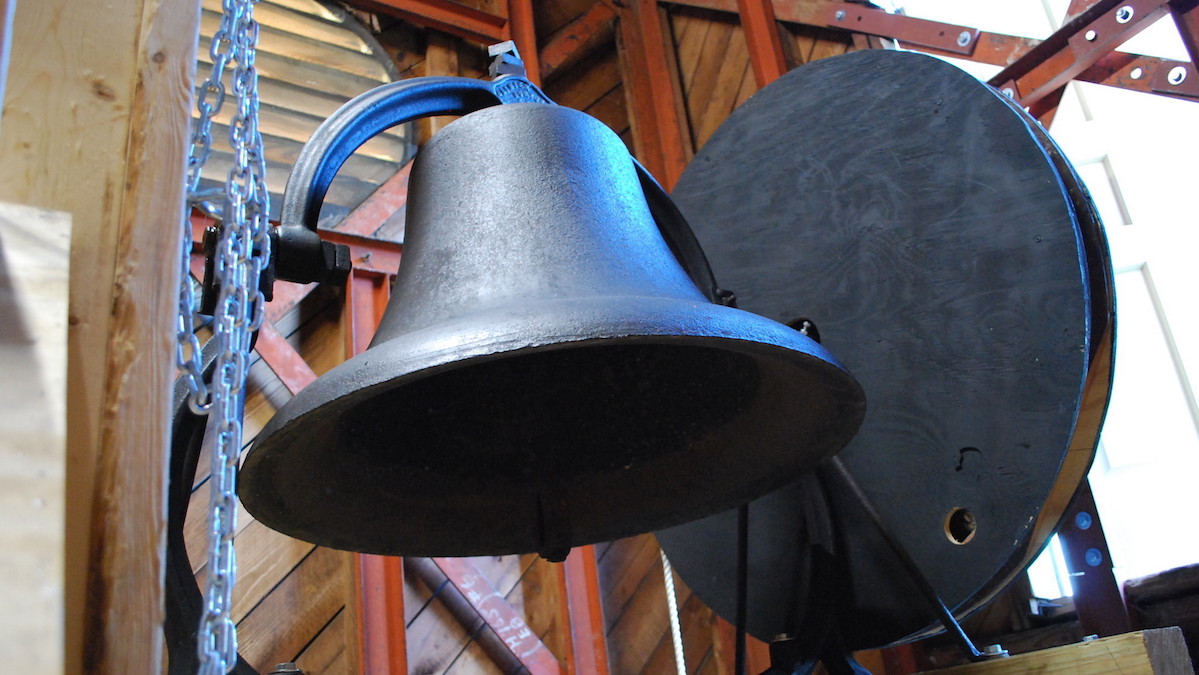 As the nation marks its 240th birthday this year, so does one of its oldest African-American houses of worship: Williamsburg’s historic First Baptist Church. Founded secretly in a Green Springs wood amid revolution, it has survived and thrived through enslavement, Civil War, segregation and today’s continued struggles for equality.

A bell acquired by First Baptist Church in 1886 has hung silent since the days of Jim Crow, when the church moved to its current Scotland Street home in 1956. In commemoration of Black History Month and in celebration of its anniversary, the church has invited the nation to come to Williamsburg and ring the bell – restored by Colonial Williamsburg conservators – for the first time in nearly 60 years. The Let Freedom Ring Challenge is call to action for healing, understanding and racial tolerance.

Other scheduled guests include Imam Ammar Amonette of the Islamic Center of Virginia in North Chesterfield, and, from Williamsburg, Rev. Max Blalock of the Wesley Foundation at the College of William & Mary, Rev. Chris Epperson Bruton Heights Parish and Rabbi David Katz of Temple Beth El and Balfour Hillel, also at William & Mary.

“In a time of great uncertainty, it is even more important now than ever before that we embrace all the parts of our shared American History and acknowledged how alike we are in our struggles for freedom,” said Colonial Williamsburg Senior Manager of African-American Programs Stephen Seals, who helped assemble the panel. “I hope that everyone that experiences this program will have a renewed goal of loving thy neighbor and ensuring freedom for us all.”

Colonial Williamsburg plans an unprecedented slate of Black History Month events to coincide with the Let Freedom Ring Challenge, from interpretive programs and author visits to the exhibit “A Century of African-American Quilts,” which opens Jan. 30 at the Abby Aldrich Rockefeller Folk Art Museum.

The simulcast will stream live online at letfreedomringchallenge.org, where audience members will also find schedule and registration information for the Let Freedom Ring Challenge and Colonial Williamsburg programming. ]Listeners and online viewers can join the discussion and share questions or comments by callin 1-800-595-7012 or via Twitter using the hashtag #LetFreedomRingChallenge.

Lisa Godley is Another View’s co- producer and an award winning journalist. She is a former news anchor and reporter at WTKR - TV, before joining the WHRO family. Her work in both television and radio has netted Lisa numerous awards, including being recognized twice by the National Association of Black Journalists (NABJ). Lisa produced the WHRO documentary "Code Switching" which looks at a person's ability to transition from slang to standard English and how the inability to do so can impact what you earn. Code Switching won NABJ's 2011 Salute to Excellence Award for Best Documentary. Her Another View radio story, on the 25th Anniversary of the acapella group "Take 6" captured  NABJ's 2013 Salute to Excellence Award for Best Radio Feature Story. Also in 2013, The Virginia Association of Broadcasters awarded her WHRO television documentary: "Solutions to the Dropout Epidemic" with a Best Human Interest Series honor, and her television documentary, The Norfolk 17: Their Story" netted a 2010 Telly Award.

Shaykh Ammar Amonette is imam of the Islamic Center of Virginia, the largest mosque in Central Virginia. He is a Muslim theologian and a graduate of the Graduate Institute for Imams-Makkah and of Umm al Qura University.

Rev. Max Blalock is campus minister with the Wesley Foundation at the College of William & Mary. He previously served as pastor of Oakmont United Methodist Church in Homewood, Alabama and of Taylorville United Methodist Church in Tuscaloosa. He was college minister at Union College in Barbourville, Kentucky from 2000 to 2003 and Campus Minister/Director at the Wesley Foundation at the University of Southern Mississippi in Hattiesburg from 2003 to 2005. He earned his Bachelor of Science degree in religion and history from Alabama’s Birmingham-Southern College and his Master of Divinity from California’s Claremont School of Theology. He earned a certificate in youth and theology from Princeton Theological Seminary and was ordained as a full elder in the Alabama Conference in 2000.

Rev. Reginald F. Davis is the 21st pastor of the historic First Baptist Church in Williamsburg. Previously he served as pastor of the First Baptist Church in North Chicago, Illinois. He has served as the dean of students at Garrett-Evangelical Theological Seminary in Evanston, Illinois and served on the faculties of Barry University and Florida A&M University in Tallahassee. He is author of "Frederick Douglas: Precursor of Liberation Theology," "The Black Church: Relevant or Irrelevant in the 21st Century” “Bible Study for Busy Pastors and Ministers,” and "From Wall Street To Main Street: Why America is Being Destroyed from Within.” He holds a Master of Divinity degree from Colgate Rochester Divinity School in New York and a Doctorate in Humanities with a concentration in African American studies from Florida State University. He received his Bachelor of Arts degree from the Incarnate Word College in San Antonio, Texas. Davis is affiliated with the National Baptist Convention, the American Baptist Churches of the South, American Academy of Religion, the NAACP, Ministers’ Alliance and Business Operating Self Support in Memphis, Tennessee.

Rev. Christopher “Chris” Epperson is the 35th rector of Bruton Parish Church. Epperson previously served as rector of St. Columba’s Chapel in Middletown, Rhode Island and as interim chaplain at St. George’s School in Newport. He was associate rector at St. John’s Church in Johnson City, Tennessee, and associate rector for Christian formation and pastoral care at All Saints’ Church in Atlanta. Epperson earned his undergraduate degree at the University of Tennessee and his Master of Divinity degree from General Theological Seminary in New York, with a two-year field placement at Trinity Church.

Rabbi David Katz has served at Temple Beth El since 2010 and serves as a rabbinic advisor for Balfour Hillel, the Jewish student organization at the College of William & Mary. Katz was ordained at the Reconstructionist Rabbinical College in Wyncote, Pennsylvania, where he also earned a Master of Arts in Hebrew letters. Before attending rabbinical school, Katz worked as the youth and program director at a synagogue in Texas, as director of cultural programming at a Jewish Community Center in Florida and as a public school teacher in New York City and Florida. He earned a Bachelor of Arts degree from the State University of New York at Buffalo.