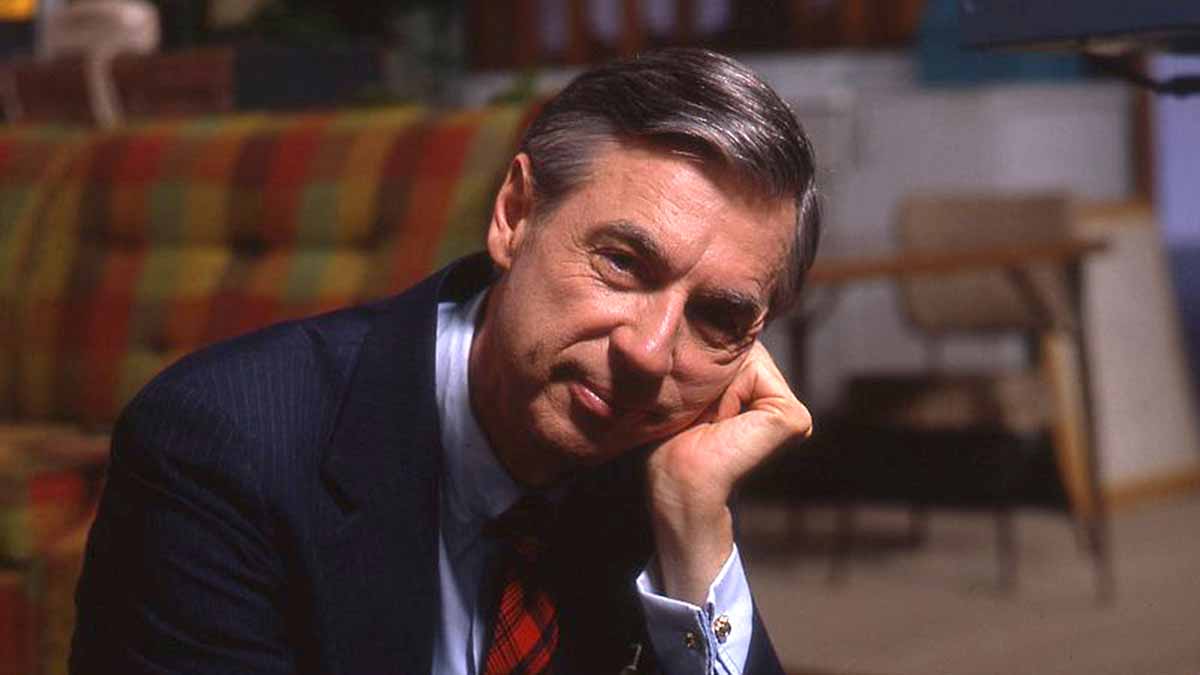 Our 5 Favorite Moments With 'Mister Rogers'

There are so many touching and unique moments that happened on Mister Rogers' Neighborhood that one article couldn't possibly capture them all. Everyone has their favorites, but we've identified five that stand out as some of the best. If you haven't seen these, or if it's been a long time, take a moment and enjoy them again.

1. Jeff Erlanger
At the top of our list—and one that still makes us cry—is the day 10-year-old Jeff Erlanger came to visit. Fred Rogers had met Jeff, a quadriplegic, five years before. During his visit with Fred he talked about living with a disability and demonstrated how he worked his electric wheelchair. The segment was unscripted and unrehearsed. The two also sang “It’s You I Like” together. It was a heartwarming moment!

2. YoYo Ma
Cellist YoYo Ma visited Mister Rogers’ Neighborhood back in 1985, but in a return visit his son Nicholas appeared with him. The two played together and even let Fred Rogers join in on the piano. It was a classic father-son moment.

3. Julia Child
Julia Child visited the Neighborhood in 1974 and cooked up a Spaghetti Marco Polo—a dish with a unique sauce featuring chopped walnuts, green onions, black olives, pimiento peppers, swiss cheese and tuna. You can watch the clip on the Mister Rogers' website. Just click the photo below to view. 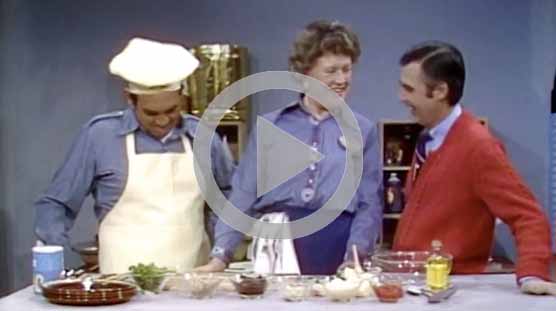 4. KoKo the Gorilla
We loved watching Fred Rogers meet KoKo the Gorilla, a gorilla from the San Francisco Zoo who communicated with people through a modified version of American Sign Language.

5. Officer Clemmons
Francois Clemmons, best known as Officer Clemmons on the children’s television show, often stopped by to visit Fred. However, our favorite moment between the two was the moment they shared while relaxing their feet in a kiddie pool. At a time when public community pools were still mostly segregated, Fred invited Officer Clemmons to share a pool with him, and then shared a towel and helped dry off the officer’s feet after their visit. The interaction made a bold statement about racial equality in the late 1960s. Plus, viewers were treated to a song by Officer Clemmons who was trained as a classical opera singer.

Since it's difficult to choose just five episodes, we offer up these as additional moments that touched our hearts.

Mister Rogers' Robert F. Kennedy Assassination Special
In response to Robert Kennedy’s assassination, Fred Rogers produced this primetime special to help parents with this difficult tragedy and to give them ways to talk with their children about tragic events in the news. He expressed concern about the graphic details being portrayed in the media and explained that different families would grieve and cope with the tragedy differently. His sincerity and compassion comes through as he closes with a message for parents: “I care deeply about you and your families. I hope you know that.”

On the topic of Death
Fred talks about the death of his dog Mitzi when he was young.

On the topic of Divorce
Delivery man Mr. McFeely rushes off when the topic of divorce comes up in this episode, but Fred is comfortable addressing the topic. He stresses that divorce isn’t the children’s fault, but rather just one of many “grown-up things,” and he takes viewers into the Land of Make Believe where two puppet children talk about divorce.

You can experience more classic moments and special guests from Mister Rogers’ Neighborhood at the website dedicated to the show.