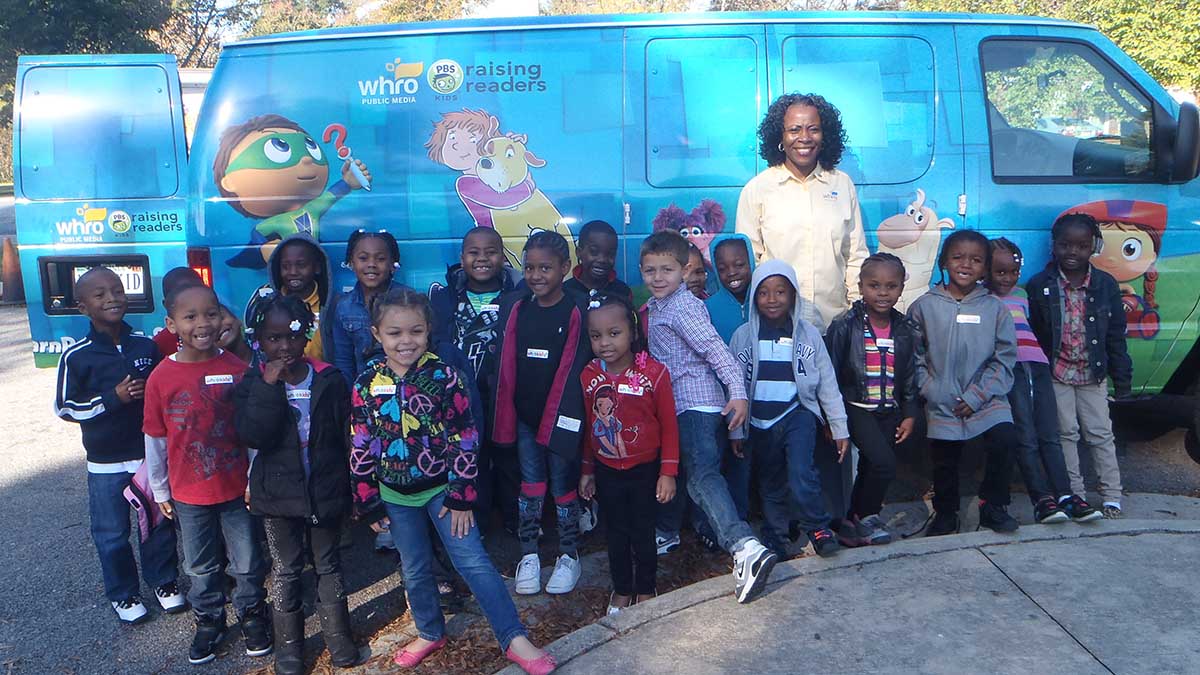 Several times a week you can find Martha Razor, or members of her team, in the colorful WHRO Raising Readers Literacy Van. She visits schools and presents SOL-aligned literacy programs to students in pre-K to first grade. The goal is to get children excited about reading. If she’s not out in the community encouraging children to read, she’s probably tucked away in her office corresponding with local teachers. She tends to be very quiet—until you ask her about her work.

“When I was in a classroom, I thought that was my passion, but once I came here it opened up a whole new world of education,” Martha explained. “I’m able to support so many teachers in so many cities and counties, and I’m able to do more in terms of helping children.”

Martha taught for 15 years before coming to WHRO Education where she serves as early childhood coordinator. She facilitates WHRO Public Media's early learning initiatives, and she conducts parent and teacher trainings. The fall season is always busy for her. In addition to visiting schools and leading training sessions, she also coordinates an annual PBS Kids Writers Contest—a monumental task.

WHRO Public Media's "First Books" program gives thousands of books to area children who might not otherwise own a book.

Planning begins in October and stretches through January, when the contest begins. Besides fielding inquiries about the contest, she also recruits and trains volunteer judges; promotes the contest to schools and libraries; and coordinates the awards ceremony that takes place every May. The contest deadline is the last week of March, and that is when many of the 400 to 450 entries arrive.

“I almost have to hibernate in my office that week,” she said. She fields around 100 phone calls and emails about the contest during the final week. It can get crazy, but it’s all just a part of the work she loves.

“It’s my favorite thing to do here,” she explained. “As tired as I was, I think it’s the hugs that I get from those teeny, tiny ones. And when I ask them if they promise they are going to practice their reading, and they say, ‘yes,’ it just warms my heart.” She receives encouraging messages from teachers as well. “When I can read those emails they get from a parent saying, ‘The speech that Miss Razor gave about reading really touched my son, it really motivated him.’ It makes it worth it.”

She is already gearing up for this year’s writing contest, and her team already has a full slate of van visits booked for this school year. But she wouldn’t have it any other way!