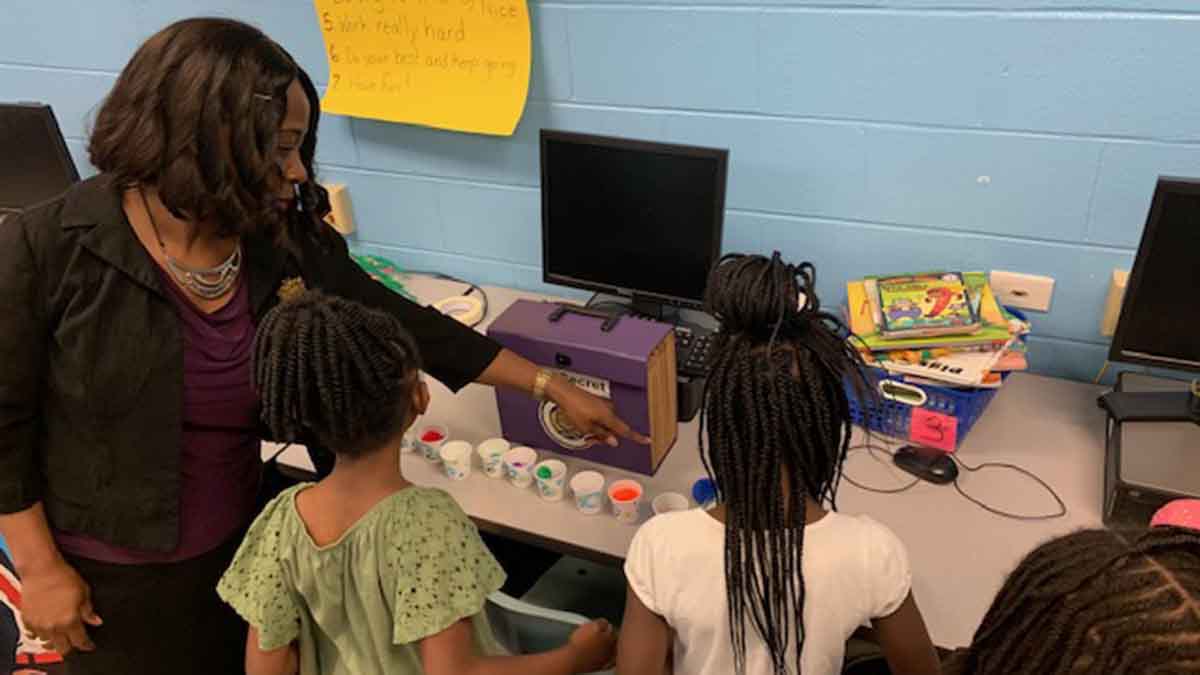 Odd Squad is a PBS KIDS series about a secret organization ran by kids. In the series, agents are called to solve all sorts of odd problems using math skills.

For five days Martha Razor, Kelsi Ponton and Portia Hightower, who work on WHRO’s Education team, ran a camp at Berkley Community Center in Norfolk, where they trained children to become Odd Squad agents. They implemented problem solving, teamwork skills and creativity to find the solution to odd cases – all while having lots of fun.

At the start of each case the children had to observe and investigate while watching a 10-minute clip. Afterwards, they were given their mission. They used “The Engineering Design Process,” to develop a plan to invent and build a gadget that would help solve the problem to complete their mission.

Each day the children focused on different learning goals. The agents learned the difference between symmetrical and asymmetrical objects. They sorted and classified items based on attributes, grouped like items together and recorded observations in a chart. Agents explored and practiced addition skills and learned number pairs that totaled or summed to 15. They practiced skip counting to 100 by 2’s, 5’s and 10’s and had to recognize patterns of colors, pictures, sounds and numbers.

At the end on Day 5, agents were given a certificate and presented with an official Odd Squad badge.

“Kids are the future and we have to develop their minds, by talking to them, laughing with them and showing them their impact within the community. This is the most important part of their years of living,” said the supervisor at Berkley Community Center.