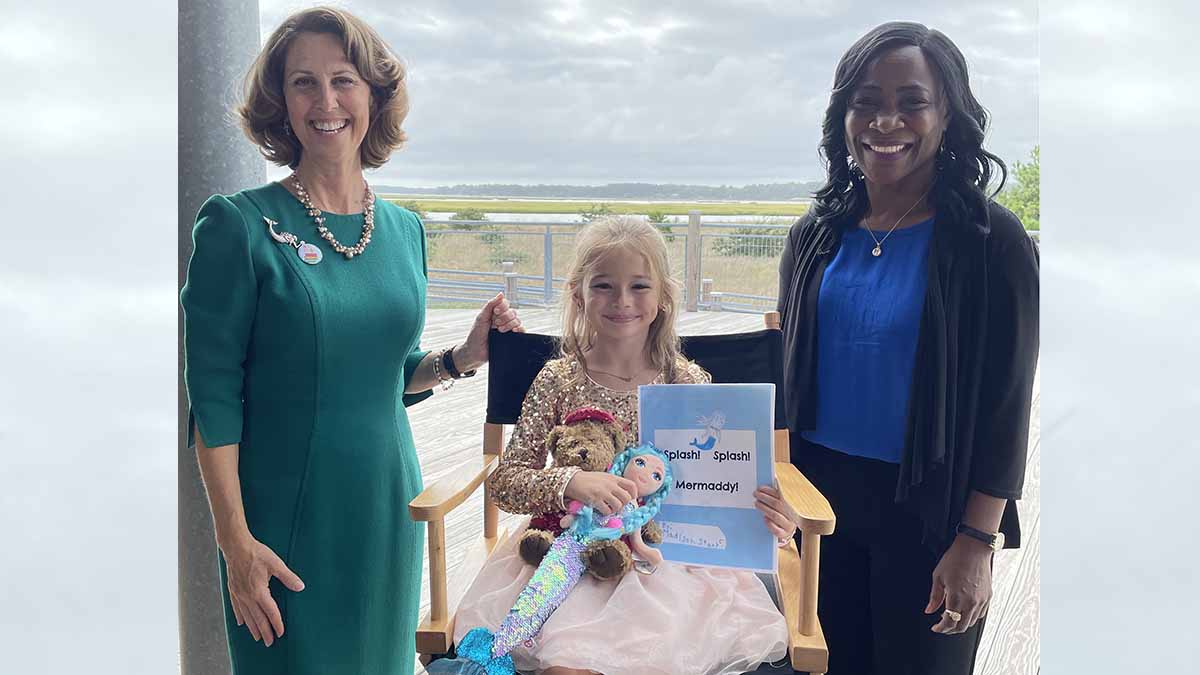 Madison was in the first grade when she wrote her story. She attends Corporate Landing Elementary School in Virginia Beach. Madison was very shy and reluctant to enter her story in the Young Storytellers Contest, but her teacher Ms. Tina Santee really encouraged her to submit her story. She was very excited to learn that Virginia's First Lady would be helping read it for an episode of Ms. Martha Reads. Madison and her mom were able to attend the taping in person and meet Mrs. Northam.

The Chesapeake Bay Foundation built the Brock Environmental Center to engage, inform and inspire generations about the environment and ways save the Bay, so it is fitting that Madison's story takes place in the ocean. After reading her story, Mrs. Northam presented Madison with some special gifts. She also presented WHRO Public Media President and CEO Bert Schmidt with a resolution to commemorate WHRO's 60th anniversary.

“It was such a joy to meet Madison, and we are so grateful to Mrs. Martha and WHRO for continuing to support our little learners throughout the pandemic by sharing their stories," Mrs. Northam said.

When Martha Razor, WHRO's manager of early childhood learning, found out the First Lady was a fan of Ms. Martha Reads, she was thrilled. "All I can say is that it was one of the most humbling experiences that I have ever had," she explained. "During the taping, I couldn't wrap my head around the fact that the First Lady of Virginia is a fan of Ms. Martha Reads. Mrs. Northam is such an amazing and passionate educator and I feel so honored to have had the opportunity to work with her. And when I think about it, it's still unbelievable to me but very encouraging."