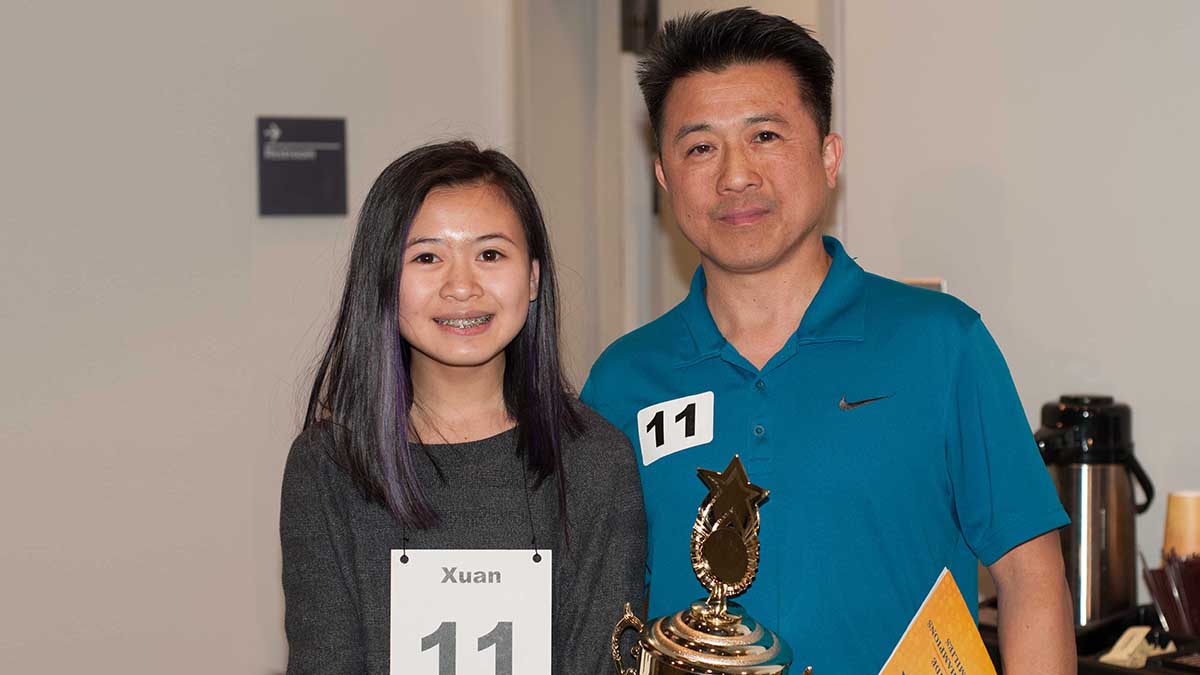 Xuan Tran stands with her father after winning the 2017 Virginian-Pilot Spelling Bee.

Congratulations to Our 2017 Spelling Bee Champion 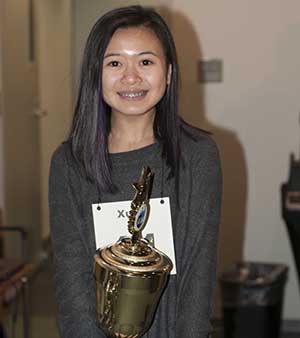 Saturday, February 18, was an exciting day at the WHRO studio as 74 middle school students competed in the 2017 Virginian-Pilot Spelling Bee. In an exciting conclusion, 13-year-old Xuan Tran took home the first-place trophy. Tran attends Queens Lake Middle School in Williamsburg. Tran said she spent months studying words and brushed up on their pronunciation using a website. Though she had never heard the word that ultimately led to her victory, she made an educated guess that paid off. The next stop for Tran will be the Scripps National Spelling Bee in Washington, D.C., in May. She receives an expenses-paid trip to compete. 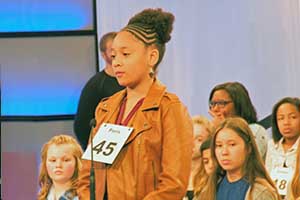 Though only three students took home trophies from the competition, they were all champions. Each of the students won their school spelling bees to advance to the regional competition. As their parents watched them compete on large television screens in a room down the hall from the studio, many appeared as nervous as the students. Once a winner was determined, the students and parents celebrated with a cake reception. 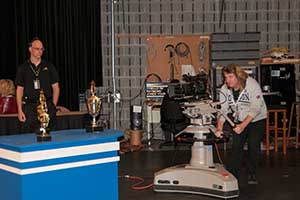 This is the 10th year that WHRO has hosted the competition. It takes a crew of nearly 80, including staff from almost every department at WHRO, The Virginian-Pilot employees and reporters, and WHRO volunteers to organize the event. As the spellers nervously compete, an entire team of production staff is working behind the scenes to ensure the live broadcast goes smoothly. 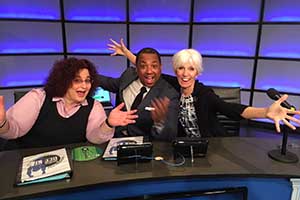 Enjoy a few more behind-the-scenes photos from the exciting event.