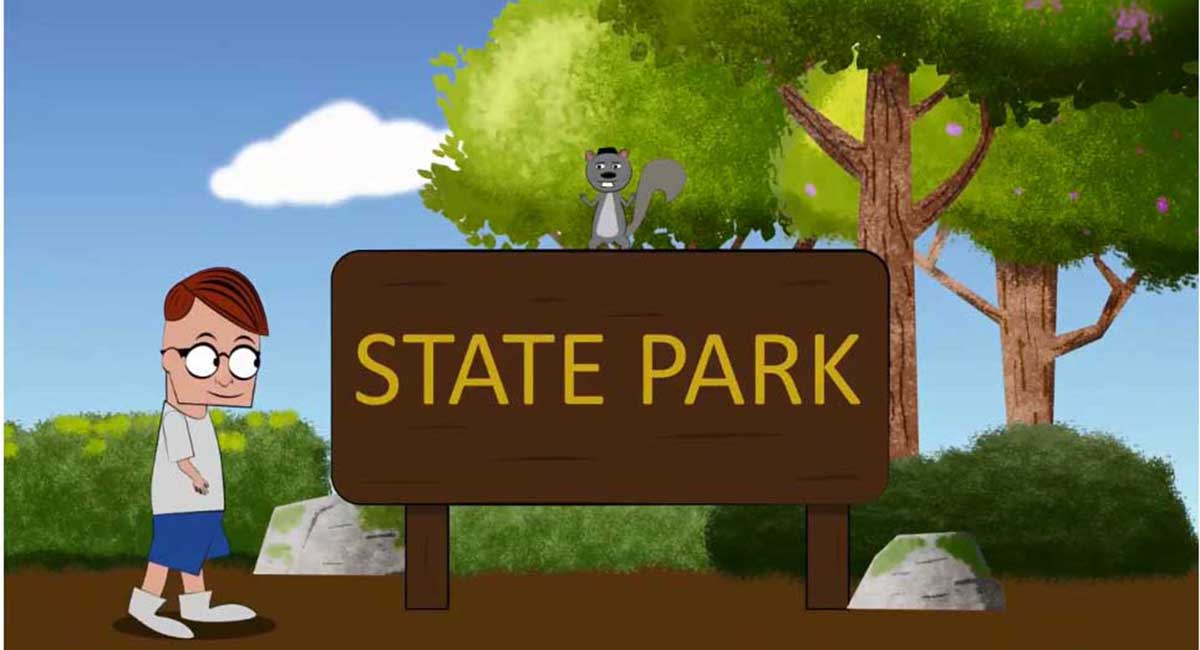 From the same team that created the popular HealthBeats series comes a 15-part animated series that promotes environmental education and stewardship. Targeted toward children grades three through five, the first episode of the animated series centers around one simple phrase, “Get up, get out, and get outside.” From awareness to action, the first episode begins by promoting the “infinite number of things to discover,” while later episodes will tackle habits such as recycling and repurposing each of which directly correlate with different Virginia Standards of Learning.

Modeled after the popular Schoolhouse Rock! series, songwriter Skye Zentz describes the series as a compilation of “fun, inspiring animated songs for kids about the environment and the simple things we can do to care for it.”

“GreenBeats is talking about owning your own piece of a much bigger puzzle,” continues Zentz. “How the small steps you can take as one person can really impact your community and the whole planet!”

Zentz, a Norfolk native, has released two full-length original albums, four EPS, and toured the East Coast. She considers her interest in music education a product of her favorite album as a child. While Zent’s family owned a music store throughout her childhood, they frequently brought home educational albums for their musically inclined daughter. The artist recalls one album, A Kid’s Eye View of the Environment, as particularly inspiring.

“I found it really cool that the artist was able to inform kids of really critical information, in a way that was fun and catchy, so I think that planted a seed for me,” says Zentz.

From this initial seed grew Zentz’s love for music as well as the environment, and she has been more than happy to share this knowledge with those around her.

Just as caring for our local community is a team effort, so was the creation of GreenBeats. Whether Zentz was co-writing songs in the studio with her co-producer and long-time friend, Jacki Paolella, or coaching kids on vocals, “we always seemed to have a blast and stay on the same page.”

GreenBeats is a product of the Batten Environmental Education Initiative dedicated to creating environmental awareness and education in the Hampton Roads community.