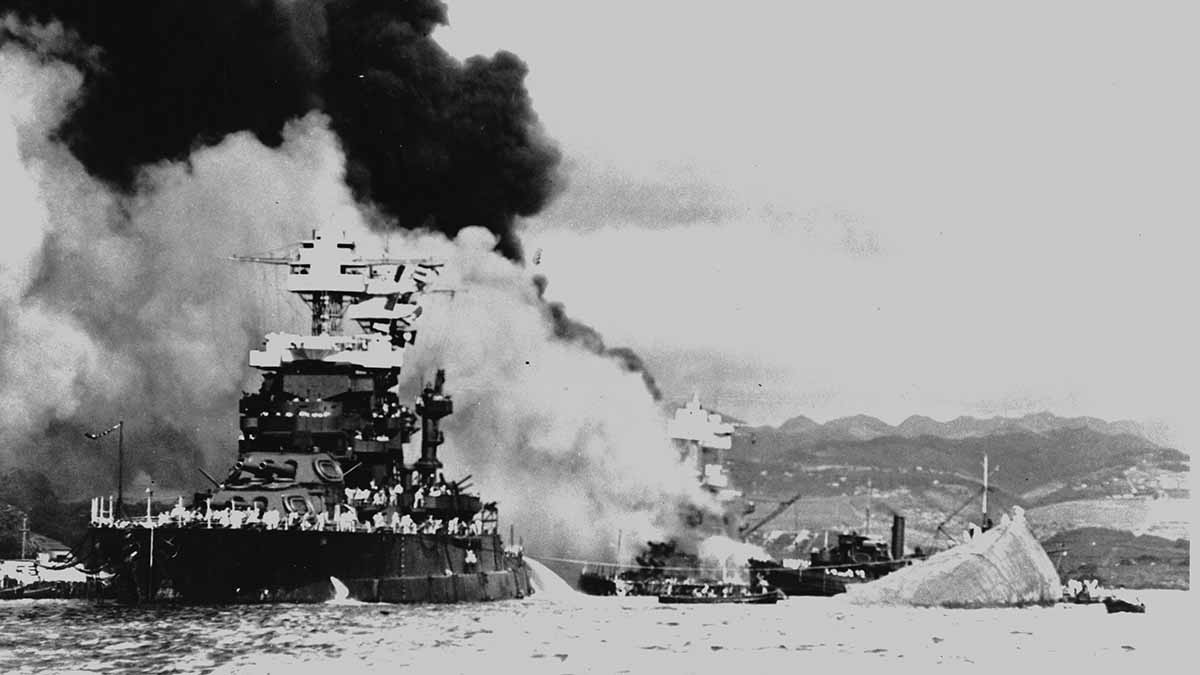 The battleship Maryland (left) and the capsized Oklahoma (right) in the aftermath of the Pearl Harbor attack.

December 7 is Pearl Harbor Day, a day observed annually in the United States to honor and remember the more than 2400 U.S. citizens who were killed in the surprise attack on Pearl Harbor in Hawaii on December 7, 1941. The attack by Japan led the U.S. to enter World War II.

To help your children learn about this historic event and the days that followed, our education team has created a playlist of resources in eMediaVA.

In this media collection, you’ll find:

Images: Photos of the USS California and USS West Virginia ablaze after the attack, wreckage from Pearl Harbor and local Japanese nationals and Japanese Americans being interviewed by Norfolk Police officers after the attack.

Check out the collection in the eMediaVA playlist.