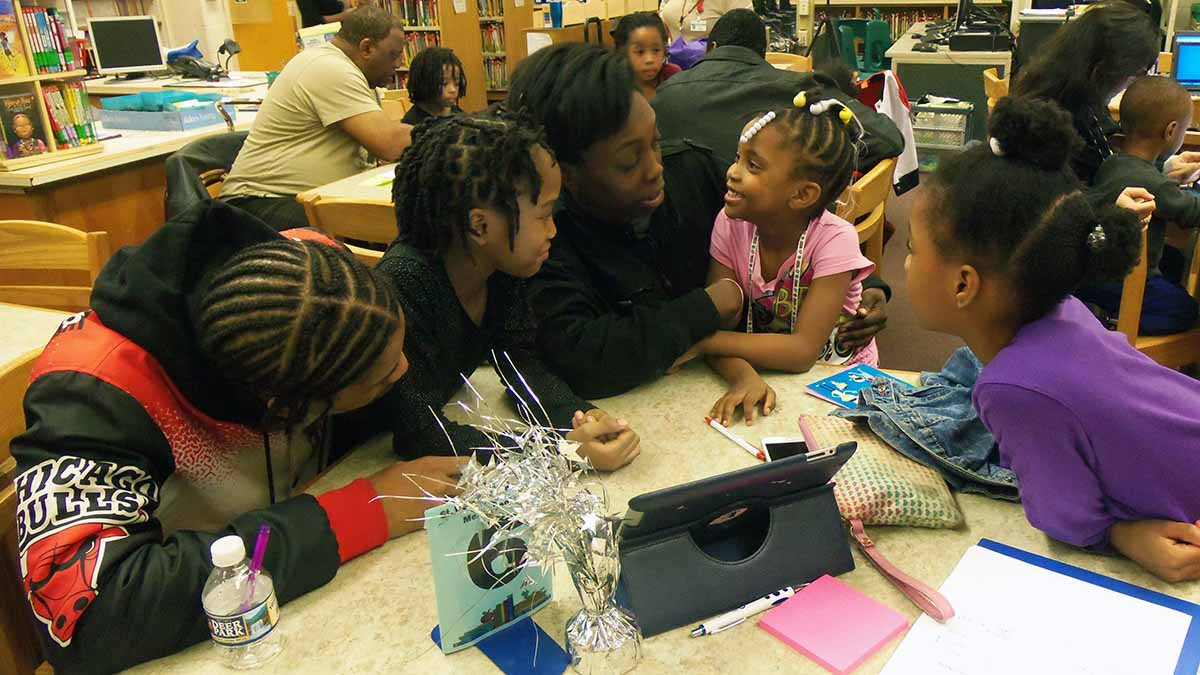 Parents, grandparents and children laughed and learned together over the last few months as they explored coding, engineering and science through WHRO Education’s Family and Community Learning Nights. Under this new Community Collaborative for Early Learning and Media initiative, WHRO partnered with St. Helena Elementary School, the Horace C. Downing Branch of the Norfolk Public Library and the Berkley Community Center to bring families and children together to maximize learning.

Each evening began with dinner before all the participants dove into the night’s educational activities.

In a session on coding, children and adults learned how to code using the PBS Kids Scratch Jr. app. Families chose characters, animated them, and recorded sounds or dialogue to create a story. At the end of the four sessions, each family presented their story to the group.

“I learned a lot,” said Lovely Taylor, of Norfolk, whose daughter Taraji joined her for the first series of Family Fun Nights. “I love watching the kids create things on those tablets. It was a big learning experience for me just as well as it was for them,” she said. 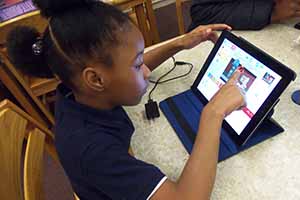 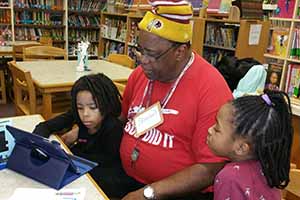 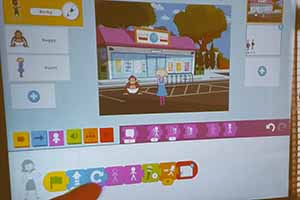 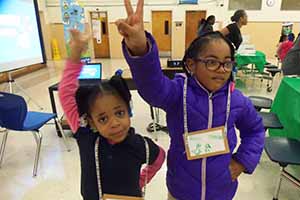 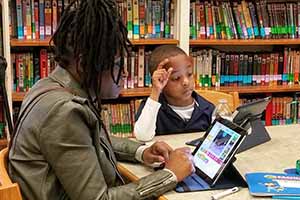 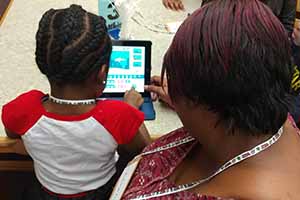 In this session on science, students learned about the inquiry process, played with mixtures, exlored force and motion, and learned about structures through videos based on the popular PBS Kids show, game play and hands-on activities. The series stars canine host extraordinaire Ruff Ruffman, who, along with his assistants, Blossom and Chet, answers questions from real kids, takes on challenges, and learns the value of failure—all while modeling science inquiry skills.

"I can use simple household items to make fun experiments."

One highlight of this session was building a structure, similar to an obstacle course, for Ruff Ruffman to navigate and then explaining how he moves through it. To accomplish this, students needed to plan their design, attempt to create it and then test it to see how well it worked. 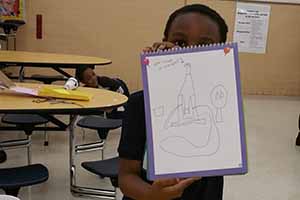 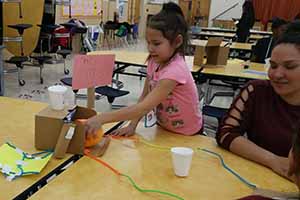 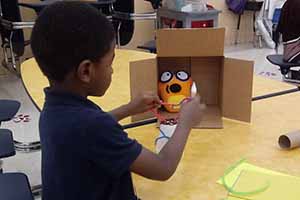 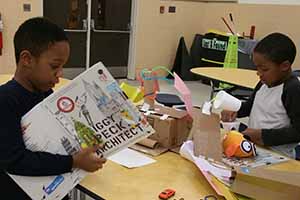 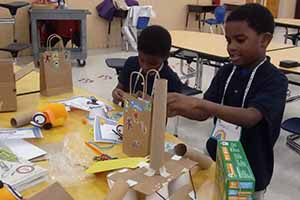 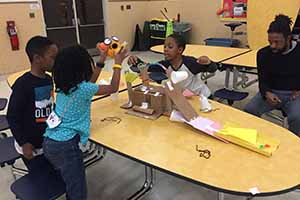 In another session, the children and adults learned about engineering as they worked together to create a rover to explore space, a space suit and a birdfeeder. The activities gave them hands-on experience with critical skills like planning a design, collecting data, testing their creation and making improvements. Along the way, students also learned about teamwork while parents gained confidence in helping their children grasp critical concepts--something many of them said they plan to continue at home.

"As a parent, these family learning nights have helped me think beyond the box."

“I can use simple household items to make fun experiments,” said Jasmin Samuel, one of the parents who attended the sessions. She said she had been searching for ideas to help her boys learn about science and math.

“As a parent, these family learning nights have helped me think beyond the box,” added Tawarrna Wynne. 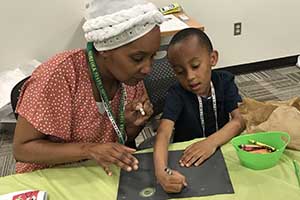 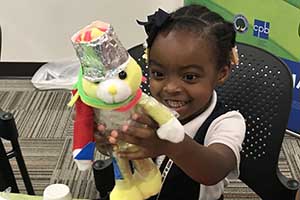 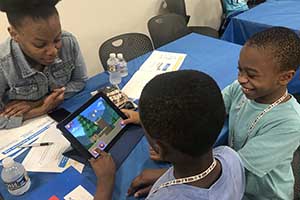 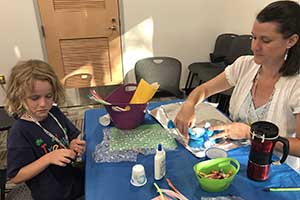 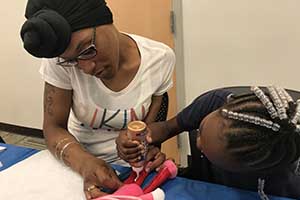 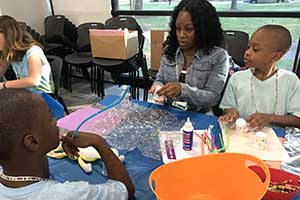 Stewart Howard attended with his grandkids and said the family project brought them closer and extended their learning beyond the classroom. “It has given me other things that I should be doing to help educate my grandkids a little more and actually participating to let them know I’m interested to learn just like they are,” he explained.

This Community Collaborative for Early Learning and Media program is funded through a grant from the U.S. Department of Education’s Ready to Learn Initiative for work with families of preschool and elementary school children. Other work under the grant has included spring break camps and professional development for educators.