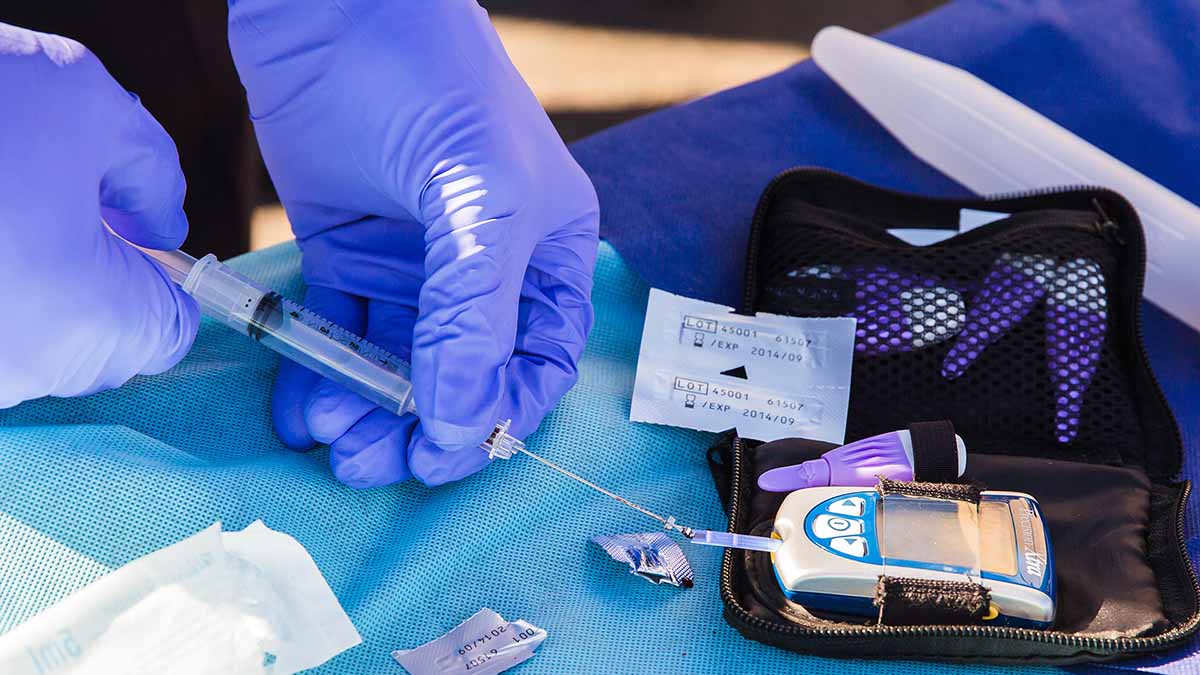 Note: Due to concerns around the coronavirus (COVID-19), and in accordance with health guidance from the CDC, WHO, and other health authorities, WHRO Public Media is canceling our live broadcast of Another View. Please keep in touch with WHRO Public Media online, the WHRO app, and follow us on Facebook, YouTube, Instagram and Twitter.

Join us as part of our live studio audience for Another View on Thursday, March 19.

We will be broadcasting live from The Strelitz Diabetes Center at Eastern Virginia Medical School with a distinguished panel of guests. Our topic is "Blood Sugar Rising."

Diabetes is associated with an increased risk for a number of serious, sometimes life-threatening complications, and certain populations experience an even greater threat. Compared to the general population, African Americans are disproportionately affected by diabetes. In addition, Southeast Virginia has the second highest prevalence of diabetes in Virginia, with an estimated 175,000 people in Hampton Roads living with the disease.

We hope you will join us for this educational conversation.

Elias Siraj, MD, the David L. Bernd Distinguished Chair for Cardiovascular and Diabetes, Associate Dean for Clinical Research and Professor of Internal Medicine, is Chief of Endocrine and Metabolic Disorders and leads the EVMS Strelitz Diabetes Center as its director. As the leader of research programs at the EVMS Sentara Cardiovascular Diabetes Center, he has a special interest in improving outcomes for patients with cardiovascular diseases and diabetes. In his native Ethiopia, Dr.Siraj helped establish the nation's first endocrinology fellowship. In 2014, he received the American Association of Clinical Endocrinology's Outstanding Service Award for the Promotion of Endocrine Health of an Underserved Population.

More on this topic:

The series Blood Sugar Rising airs Wednesday, April 15 at 9 p.m. on WHRO TV. Blood Sugar Rising follows the diabetes epidemic in the U.S. Diabetes and pre-diabetes affect over 100 million people in the United States, costing more than $325 billion each year. Blood Sugar Rising puts human faces to these statistics, exploring the history and science of the illness through portraits of Americans whose stories shape the film.