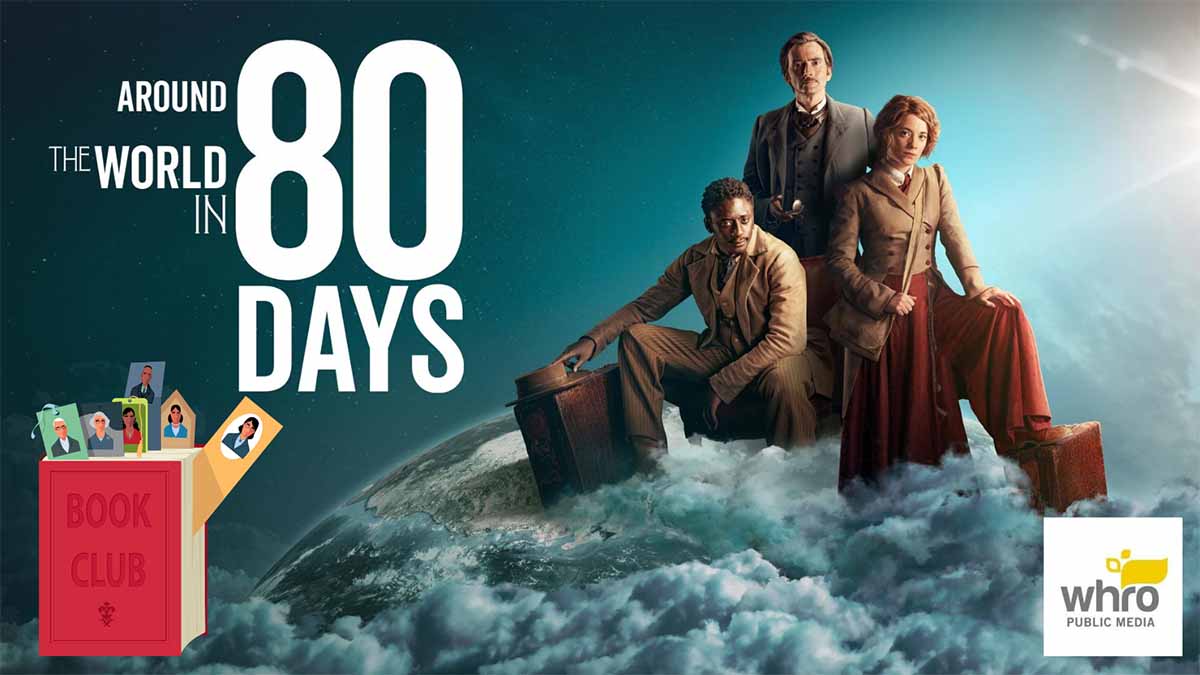 Join us for a fun night of discussion about Jules Verne’s classic novel. Earlier this year, Masterpiece brought us a an innovative new adaptation of the book. If you missed it, catch up online with WHRO Passport.

At this exciting event you will:

Dr. Peter Schulman is Professor of French and International Studies at Old Dominion University where he has just been named an “Eminent Scholar” designation and has been named Officier des Palmes Academiques by the French Government. He serves on the board of trustees of the North American Jules Verne Society (NAJVS) and has been a world-wide Jules Verne scholar and translator who has written numerous academic articles and prefaces on his work. He is the author of The Sunday of Fiction: The Modern French Eccentric (Purdue University Press) and has edited a critical edition of Jules Verne's The Begum's Millions (Wesleyan University Press, 2005). He recently translated Jules Verne's last novel The Secret of Wilhelm Storitz (University of Nebraska Press) and A Thousand and Second Night and Other Plays by Jules Verne (West Warwick, RI: Bear Manor Fiction, The Palik Series). In addition to his work on Verne, he has also co-authored Le Dernier Livre du Siècle (Romillat, 2001) with Mischa Zabotin and translated 8 books of French poetry and non-fiction including On Waves (a meditation on the waves) by Marie Darrieussecq (Halifax, CA: VVV editions); Suburban Beauty from poet Jacques Reda (VVV editions). He is currently co-editor in chief of an online ecological journal Green Humanities.