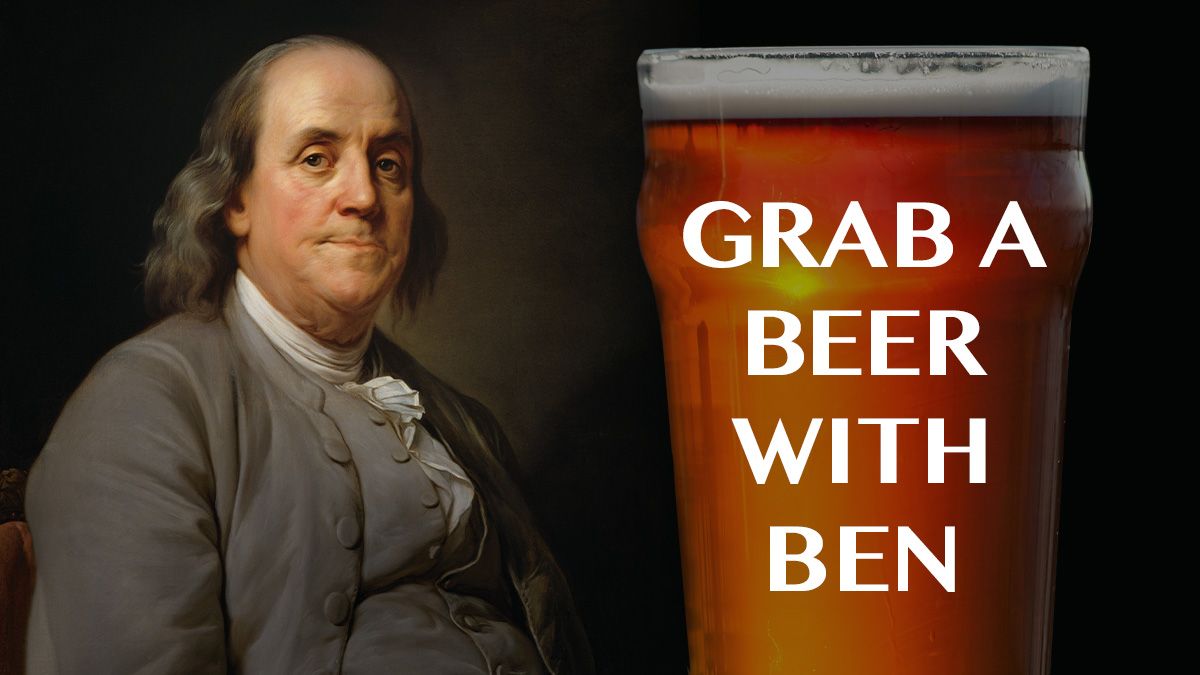 SOLD OUT - 'Grab A Beer With Ben' Features A Night of Trivia, History and Fun

"Grab A Beer With Ben" will be an exciting night at a local brewery featuring a chat with Ben himself and a local historian, Benjamin Franklin trivia, a screening of portions of the Ken Burns film, and giveaways.

Ken Burns's two-part, four-hour documentary, Benjamin Franklin, explores the revolutionary life of one of the 18th century's most consequential and compelling personalities, whose work and words unlocked the mystery of electricity and helped create the United States.

Can't get enough of Ben Franklin? Join filmmaker Ken Burns and special guests for a series of hour-long conversations on Franklin and his legacy. Plus, watch clips from the upcoming two-part series.
Check it out.