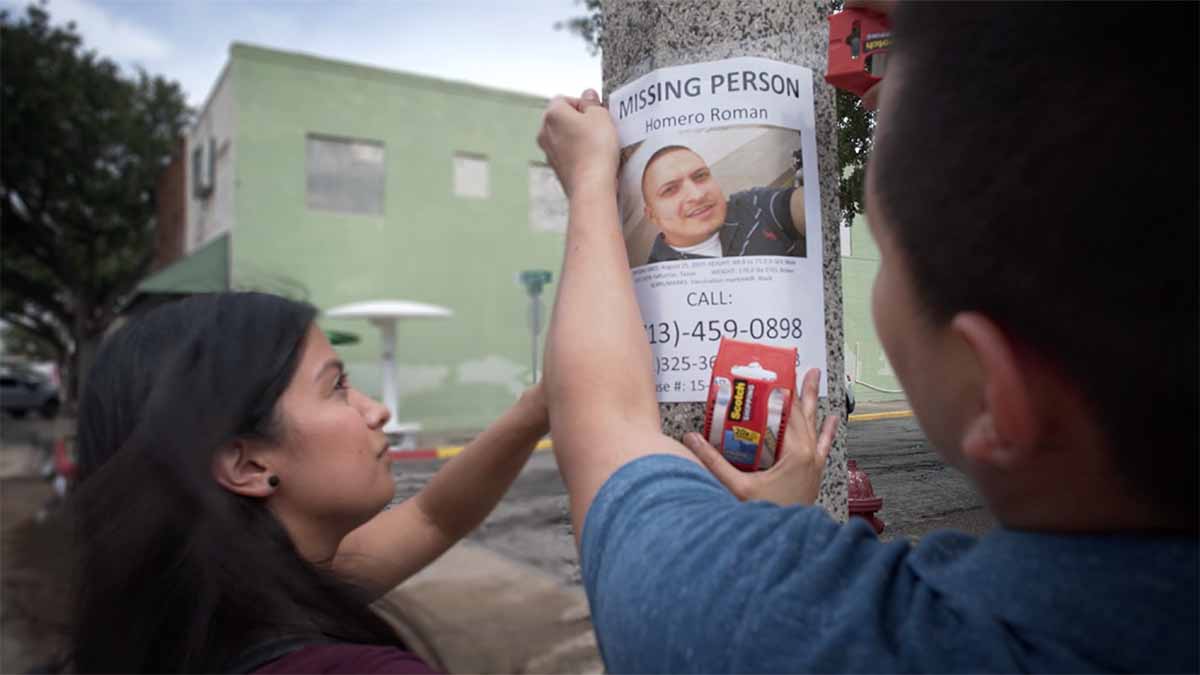 Migrants go missing in rural Brooks County, Texas more than anywhere else in the U.S. For many families, community activist Eddie Canales is the last hope for finding loved ones.

Join us for our next Indie Lens Pop Up screening sponsored by WHRO Public Media's Emerging Leaders Board.

Eddie Canales runs the South Texas Human Rights Center, but the messages that strangers leave on Eddie’s phone speak to his unofficial role as a private detective. In a rural community where more migrants go missing than anywhere else in the United States, families of lost loved ones call for help. Omar and Michelle reach out for help finding Omar’s brother Homero Roman, a longtime but undocumented U.S. resident who was deported to Mexico after a traffic stop at age 27. Struggling to adjust in an unfamiliar country, Homero eventually tried to return to his home of two decades. He disappeared in Brooks County.

When another man, Juan Maceda, goes missing, his family also turns to Eddie, describing a familiar predicament in Mexico—a choice between lifelong poverty or gang affiliation that compels migrants like Juan to cross the border.

Follow Eddie as he engages with border patrol agents to unlock the mysteries and confront the agonizing facts of life and death in a South Texas town many miles north of the border.

The screening will be followed by a panel discussion.