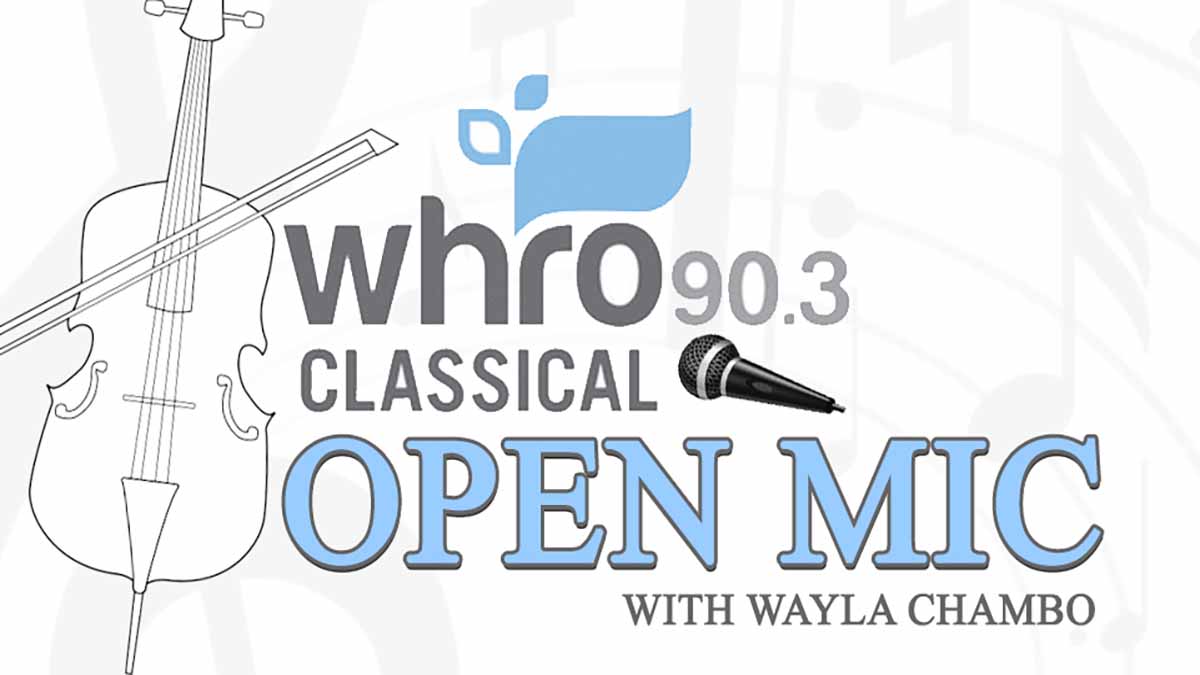 Our second online edition of WHRO Classical Open Mic for this spring is coming up soon!

To sign up to perform, please email This email address is being protected from spambots. You need JavaScript enabled to view it.

Include your name, instrument or voice type, and the title and composer of the piece you would like to perform (under 10 minutes).

WHRO’s Wayla Chambo will host this virtual event celebrating the vibrancy and resilience of our local music community. She’ll be joined by a special guest artist from the Virginia Symphony Orchestra, who will give a performance and answer questions from the audience and open mic participants.

As always, classical musicians of all ages and levels of experience are invited to perform, and audience members are very welcome as well!

About our Guest Artist:

May 21: Beverly Kane Baker
In 1983 Ms. Baker joined the Virginia Symphony Orchestra as a section player and in 1987 was appointed Assistant Principal Viola. She won the Principal position in 1994 and currently holds that position with the Symphony as well as with Virginia Opera. The Virginia Symphony made its Carnegie Hall debut in 1997 and Ms. Baker performed with her colleagues on NBC's Today Show. She has performed with the Gateways Music Festival, a festival featuring African American artists, and performs regularly with the Norfolk Chamber Consort and the Virginia Chamber Players. Ms. Baker is a featured artist in solo and chamber music performances with the the Virginia Arts Festival; many of these performances have been broadcast on NPR's Performance Today. She has also performed chamber music with the Miami String Quartet and members of the Chamber Music Society of Lincoln Center. She performed J.S. Bach's Brandenburg Concerto No. 6 with Jamie Laredo and the Mozart Duo with renowned violinist Nadja Salerno-Sonnenburg. Ms. Baker has been featured in many solo performances with the Virginia Symphony Orchestra. Ms. Baker has been the Ambrosia Quartet's violist since 2007; as an ensemble they have been featured on chamber music events by the Virginia Symphony Orchestra as well as the Virginia Arts Festival. She is featured on Bruce Hornsby's album Harbor Lights and her musical studies have been documented in the book Black Women in American Orchestras by D. Antoinette Handy.

This project is partially supported by funding from the Virginia Commission for the Arts and the National Endowment for the Arts.