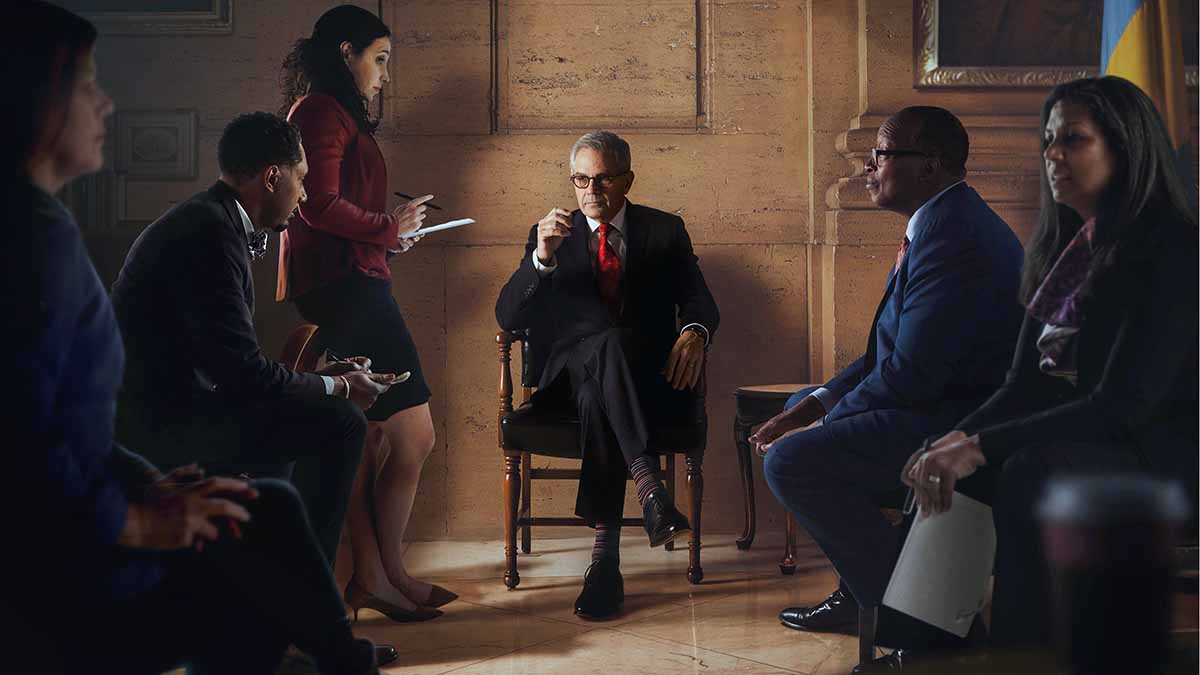 In 2017, Philadelphia had one of the highest incarceration rates of any major city in the United States. And it’s become the epicenter of a historic experiment that could shape the future of prosecution in America for decades to come. When civil rights attorney Larry Krasner mounted a long shot campaign to become District Attorney—and won—he pledged to end mass incarceration by changing the culture of the criminal justice system from within. With unprecedented access to Krasner’s office, Philly D.A. explores over the course of eight episodes the most pressing social issues of our time—police brutality, the opioid crisis, gun violence, and mass incarceration—through the lens of one man attempting fundamental overhaul from within the system.

There will be a prerecorded panel discussion about Philly D.A. after the film

Dr. Idonia K. Barrett is an Assistant Professor in the Department of Social Sciences at Hampton University, teaching courses in Criminal Justice and Sociology.  She is interested in advancing the social conditions of the underserved and wanting to diminish the disparities of the injustices that occur within the criminal justice system. She has received recognition as "Favorite Professor" for the 2013-2014 academic year by the Student Support Services and nominated as "Female Faculty Member of the Year" from HBCU Digest for 2016. Recently, she has been accepted into the Norfolk Field Office of the FBI's Citizens Academy for the Spring 2021 class.

David Holt is a lawyer at the Smith Law Center.  He was born and raised in Newport News, Virginia. He earned his undergraduate degree in Business Administration from the University of Mary Washington and received is Juris Doctor degree from Regent University School of Law in Virginia Beach, Virginia.

Before law school, Holt served as a police officer in Hampton, working closely with the Training Division where he developed protocols and training materials for police recruits. In October 2003, Holt was admitted to the Virginia Bar and began to work for then-state Senator Ken Stolle of the 8th Senatorial District in Virginia Beach where he discovered his passion for and gained valuable experience in civil and criminal law.  He began his trial career in Hampton as a state prosecutor, litigating hundreds of jury trials. Holt has experience in lecturing to other prosecutors and law enforcement agencies around the state concerning the Fourth, Fifth and Sixth Amendments.  Holt is admitted to the Virginia State Bar, U.S. District Court, Eastern District of Virginia, U.S. District Court, Western District of Virginia, and the U.S. Court of Appeals for the Fourth Circuit.

Austin W. Ashe (he/him) is an Assistant Professor at Norfolk State University in the Department of Sociology. He earned his PhD in Sociology from Duke University in 2017 with a focus on race theory and criminal justice. His expertise is broad, having taught courses in social statistics, methodology, policing, theory, and policy at the undergraduate and graduate level. Dr. Ashe’s research has examined policing, representative bureaucracy, color-blind racism in the media, and racial socialization. His professional experience includes developing youth programs for teenagers living in New York City Public Housing (NYCHA).

With moderator Grayson Orisini, an attorney at Wolcott Rivers Gates in Virginia Beach. A Hampton Roads native, Grayson went to William and Mary for undergraduate. After teaching in New Orleans, Grayson studied law at the University of Richmond. Grayson then served as a law clerk for Stephen St. John, the chief judge for the bankruptcy court of the Eastern District of Virginia. Currently, Grayson lives in Norfolk and is an active member of several groups aimed at making Hampton Roads a better place for young people to live, work, and play. In his spare time, Grayson enjoys exploring the variety of history and outdoor activities that Hampton Roads has to offer.

Learn more about the Indie Lens Pop-Up Series and see this year's line up of films.