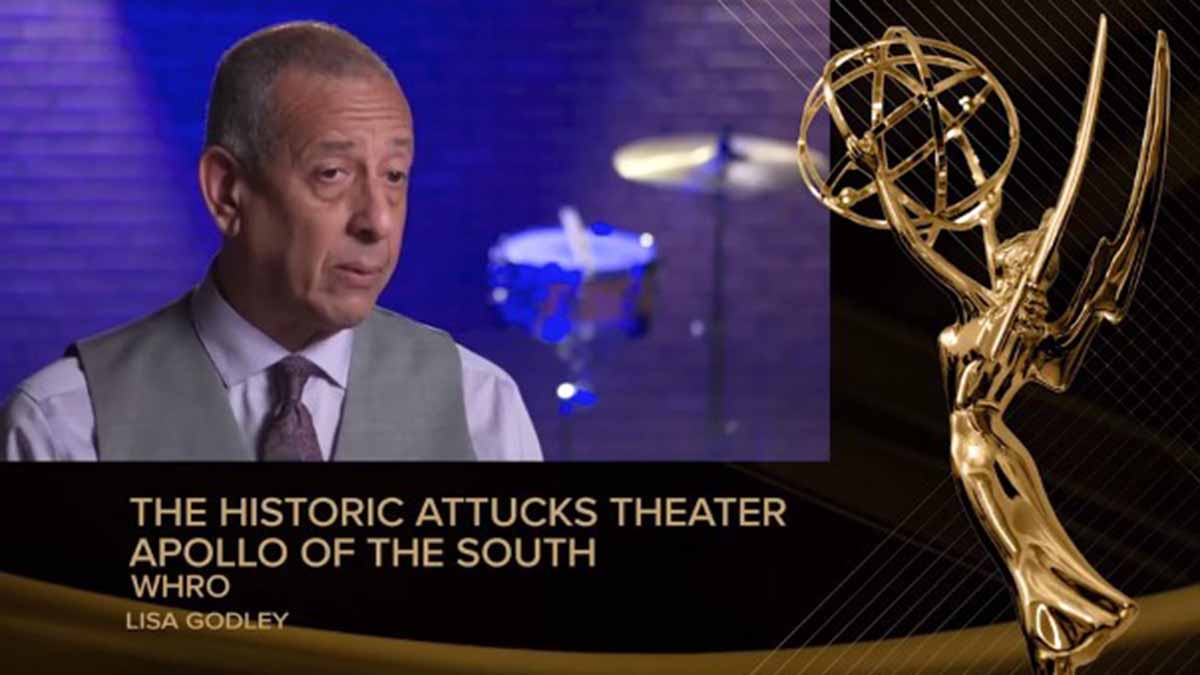 WHRO Public Media’s talented team of producers won five Emmy Awards for their exceptional work. The awards are given by the National Academy of Television Arts & Sciences. The virtual awards ceremony was held Saturday, August 8.

Chuck Dickerson paints despite having lost his arms from the elbows down.

Program/Special - Dancing on the Shoulders of Giants

Program/Special - The Historic Attucks Theater: Apollo of the South

Meet the Norfolk Street Choir, a chorus whose members have been affected by homelessness.

A series of animated shorts that focuses on critical environmental issues and themes.