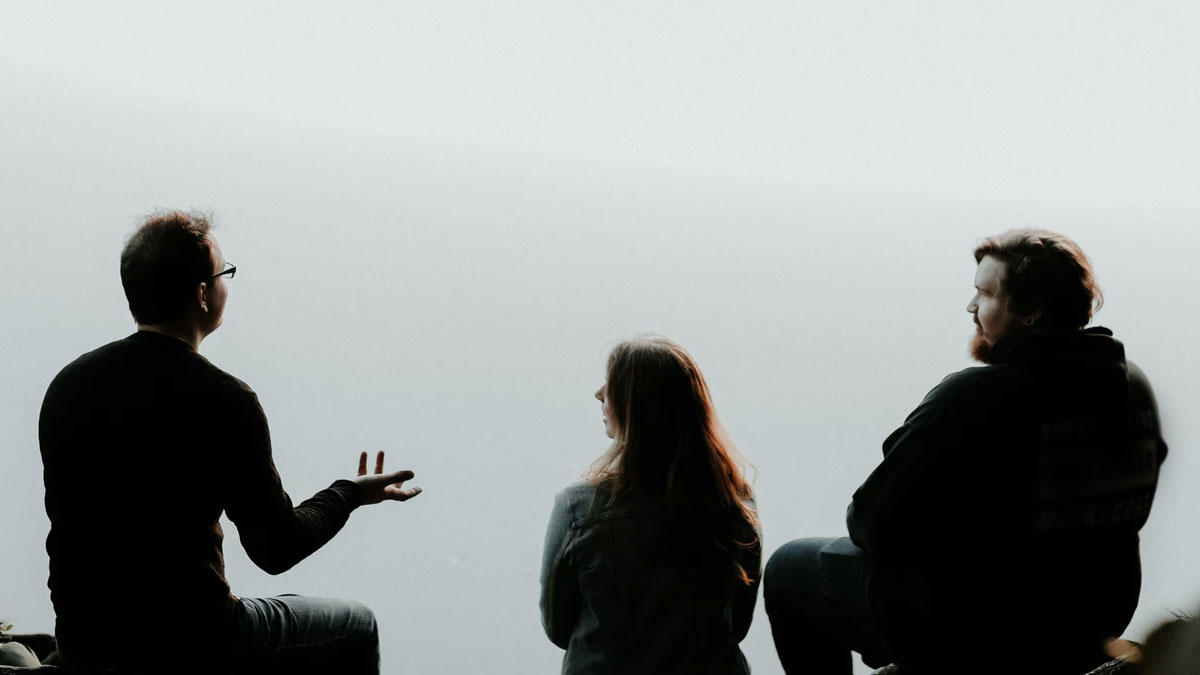 With authenticity and engagement at its core, the ELB’s most striking success has been their Emerging Talks series – where they host public conversations about local issues, developments, and other topics of interest around Hampton Roads, featuring public personalities, officials, and experts in a format that is playfully modeled after the French salons of the 18th century enlightenment.

There are no Emerging Talks scheduled at this time.
Please check in at another time.

Community members met at Toast in Norfolk, Va for a fun evening filled with yummy tacos, great drinks and lots of barrel laughs at our two Emerging Leaders Board teams as they played Imagine That! a game of creative collaboration that builds bonds over crazy ideas, crafty solutions, and the right to judge thy neighbor via your smartphone. As our two teams of ELBows raced against the clock to attempt to craft the winning responses to a series of creative challenges, audience members joined in on the fun facing their own crazy challenges amongst themselves and friends. Be on the lookout for our next Imagine That! event!

A stellar night in the ViBe Creative District! WHRO's Emerging Leaders Board welcomed community members to a night of fun, conversation and star gazing as we celebrated the 50th anniversary of the Apollo 11 moon landing. The night started with a fun, informative discussion about the many conspiracy theories and interesting facts surrounding the moon landing with Justin Mason, Planetarium Director at ODU’s Pretlow Planetarium. Event attendees snapped pictures with our poster board astronaut, and munched on moon pies, milky ways and special 50th anniversary moon landing Oreos! The night wrapped in the ViBe Park with dazzling views of Jupiter, Saturn and various star clusters as Back Bay Amateur Astronomers helped us explore the night skies.

Watch the Preview
Filmed over three tumultuous years covering the lead up to, and aftermath of, Freddie Gray’s death in police custody, CHARM CITY is an intimate portrait of dedicated community leaders, compassionate law-enforcement officers and a progressive young city councilman surviving in, and fighting for, the vibrant city they call home. WHRO’s Emerging Leaders Board gathered an impressive panel of local community leaders and activities to discuss the film and ways in which we can try to stem the epidemic of violence in our own local communities. Moderated by Clenise Platt, the panel included Norfolk Chief of Police Larry Boone, Portsmouth City Councilman Shannon Glover, Ynot Shakur president of Seven City Panthers and via pre-recorded video, Baltimore City Councilman Brandon Scott.

Independent Lens Screening: “Won’t You Be My Neighbor”
On the 91st birthday of Fred Rogers, WHRO’s Emerging Leaders Board, and a packed house of audience members from around Hampton Roads, watched the documentary, “Won’t You Be My Neighbor” donning their best Fred Rogers outfit. After the screening, a robust and thoughtful discussion was led by Northside Civic League president Nichelle Stone about what it means to be a good neighbor and how we can each make small, yet impactful changes in our communities through this life motto.

Curate Season 3 Kickoff: NEON Fest
WHRO’s Emerging Leaders Board and hosts of WHRO’s Curate, Heather Mazzoni and Jason Kypros, kicked off Curate’s third season at Norfolk’s Bearded Bird Brewing in the NEON District during the 4th Annual NEON Fest. Festival attendees listened to performances by local musicians and met with visual artists featured on past and upcoming seasons of Curate and participated in a fun make and take craft, decorating their WHRO cup for beer! The event was a wonderful showcase of the abundance of creative minds we have right here in Hampton Roads!

The CURATE® series explores the thriving art scene in our own backyard and across America. Each week, the program features a Hampton Roads artist, along with artists from across the country, who work in a variety of mediums from painting to sculpture to photography and spoken word. Watch Curate On-Demand

We Got This!
Motherhood is evolutionary. With cultural shifts, technology advances and endless information at our fingertips, it is important to celebrate mothers at every stage and in every role. The WHRO Emerging Leaders Board joined forces with mothers from our local communities at the Slover Library to share insights and themes of modern motherhood through storytelling and showcasing experiences unique to millennial mothers.

An additional component to the event was We Got You: Resource Fair for Mothers, where local businesses shared tips, tricks and products geared toward making the lives of mothers and women in general better.