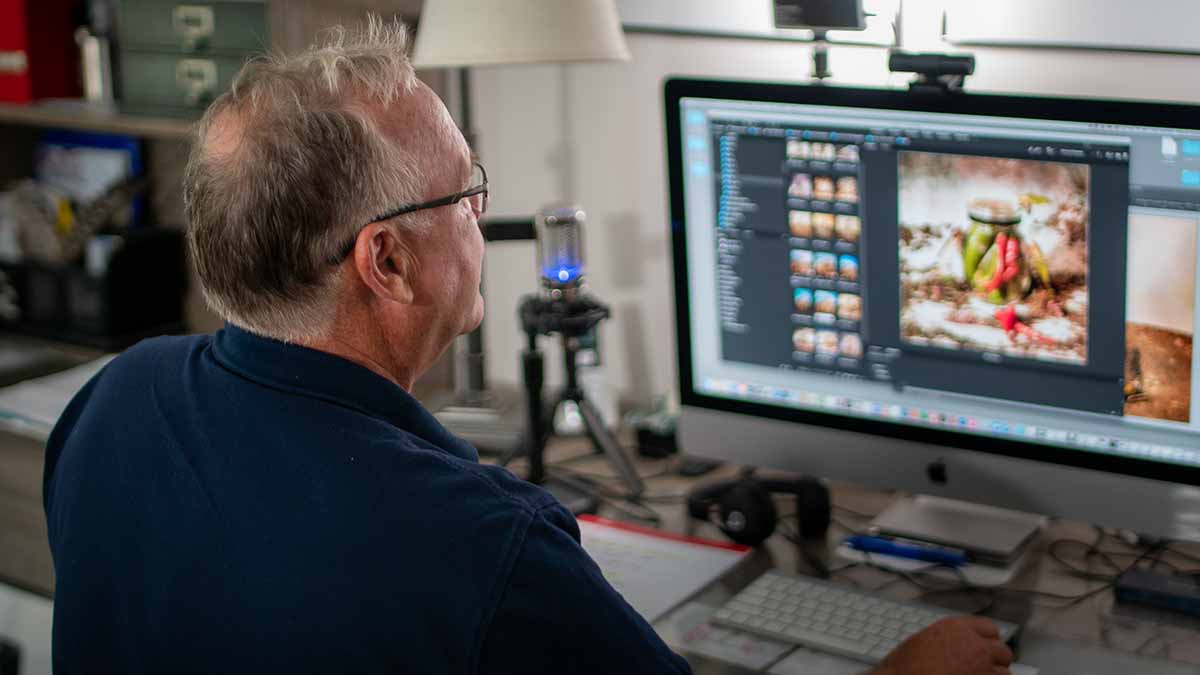 Tom Siegmund is a professor of photography Tidewater Community College, and this week he is the featured 757 artist on Curate. In advance of his appearance on the show, we checked in with him to learn a little more about what inspires his art.

What first sparked your interest in the arts?

When I was ten, my mother showed me a book titled The Family of Man 1955 (I was born in 1957)*. We looked at it together as she read the contents. I watched her as she softly cried. Not knowing, but I sensed there was some power in this thing we were experiencing. Not another experience like that again. Years later it would be the Posters of the Container Corporation of America, Great Ideas of Western Man series that made me think about photography, design and the power of the printed message.

Who or what has inspired your work the most?

Honestly, relationships, my childhood - or lack of a traditional childhood, home or the lack of traditional experience of home. In terms of artists, Duane Michals was a turning-point in my academic studies. Today, Keith Carter, Gregory Crewdson, Joel Meyerowitz, Sally Mann, and some of my friends - to name just a few.

My father, among other things was a craftsman and taught me to build things.

Books: The House of Breath - William Gohen, House as a Mirror of Self - Clare Cooper Marcus, The Subterrains - Jack Kerouac, The Book of Laughter and Forgetting - Milan Kundera along with The Unbearable Lightness of Being.

What is an artist’s role in society?

Many but, in my case simply story telling. In doing so I get to speak about things that are important to me, and not always in a huge way! Not everything has to be epic, the truth is most things aren’t. You figure we speak to each other all the time, sometimes we say big things, sometimes not. I‘m just trying to have a conversation. The thing is, we all have similar stories to tell, in fact we are all telling the same stories. We tell them in our own voice and relate to each other in that way. We grow closer when we do that.

As an artist, what do you wish your community knew about you and your work?

They can ask me any questions they wish, anytime. I am not a rock star, I never wanted to be. I never liked the attention an artist got, positive or negative. I am not sole owner of the meaning of my work; it comes from a place and it moves me. I hope it moves them. But in the end, they can bring as much to the work as I do. So, look at it and reflect, let it linger a bit, you have a part to play. if nothing happens move on to some other piece of work; mine or someone else’s.

What advice would you give your younger self?

The list would be long, as you get older, the list gets longer - that’s the way it is. Related to my art making: read more, listen to more music, see more theatre, never draw a line in the sand, start documenting everything in the manner of a visual diary, especially your family. Travel more and stay longer, laugh, and drink much more, and imagine every single relationship, no matter how brief to be mission critical to your health; as all of this will make your artistic expression more valuable and richer. Make much more work!

*“This ambitious exhibition, which brought together hundreds of images by photographers working around the world, was a forthright declaration of global solidarity in the decade following World War II. Organized by noted photographer and director of MoMA’s Department of Photography Edward Steichen, the exhibition took the form of a photo essay celebrating the universal aspects of the human experience. Steichen had invited photographers to submit photographs for consideration, explaining that his aim was to capture “the gamut of life from birth to death”—a task for which, he argued, photography was uniquely suited. The exhibition toured the world for eight years, attracting more than 9 million visitors.”

Watch Tom's story and meet other artists this Friday on Curate, WHRO TV 15 at 8:30 p.m., or stream online anytime.