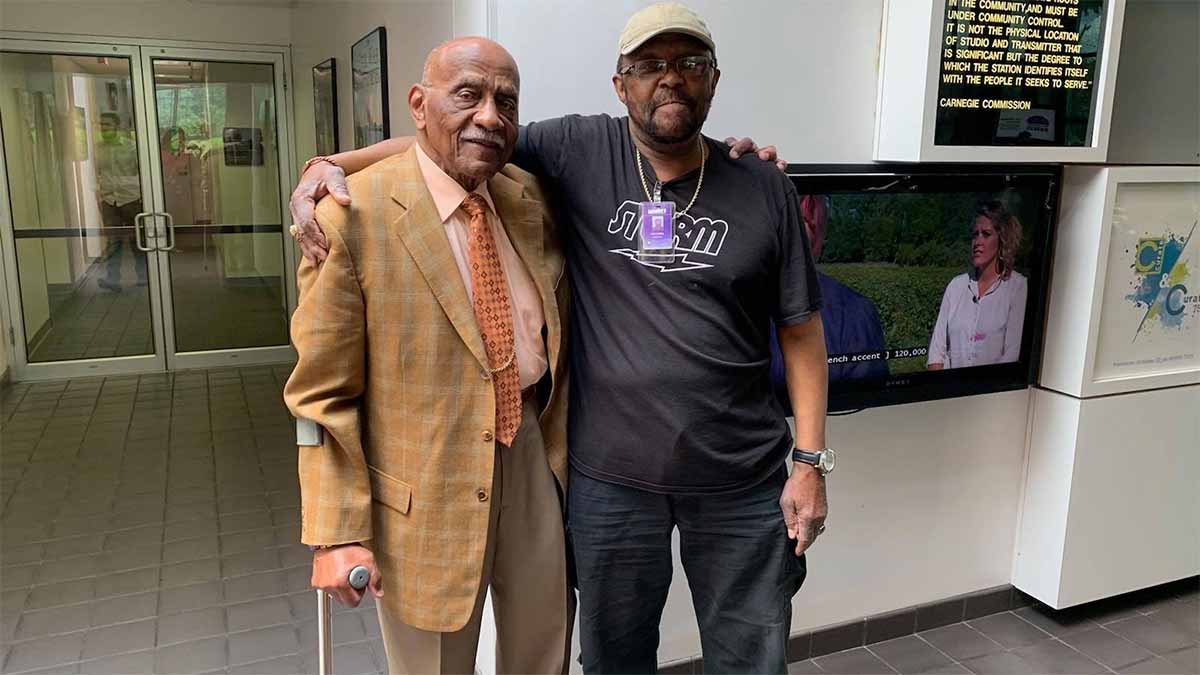 Alvin Gatling and Horrace Savage share a bond that goes back all the way back to the 1960s. Savage was Gatling’s football coach at I.C. Norcom High School; the only black high school in the city of Portsmouth at that time. They met when Alvin was a freshman. “He brought a great deal of talent with him and was one of our best assets,” says Savage.

Coach Savage was not only a coach to Alvin but also a mentor. In 1960 the Greyhounds were the state champs and helped paved the way for black representation in sports.

Horrace Savage was born in 1925. He was raised in Truxton, Portsmouth and attended I.C. Norcom High School in 1942. He later graduated and went on to attend Hampton Institute, where he studied education.

“At that time there wasn’t a great deal of opportunity available to black people, so I went with what I knew.” His mother had been an educator so he was familiar with that profession and decided to pursue it as well. He was the head coach from 1958-1968 at Norcom.

Alvin Gatling was born in 1941, where he was raised in Douglas Park, Portsmouth. He was always very competitive and good in sports. He was involved in almost every sport imaginable but his top two were football and baseball. Between these two sports he received 26 scholarships. He ultimately decided to attend Norfolk State on a football scholarship.

“A lot of people told me I wouldn’t be a successful athlete because of the color of my skin but coach Savage always reminded me I could do anything I set my mind to. I will always appreciate him for leading and guiding me through life, I’m not sure I’d be the man I am today without him,” says Alvin.

Alvin later worked for Norfolk and Western Railway for 10 years and now we cherish the 26 years of invaluable contributions he’s put into our organization here, at WHRO Public Media.