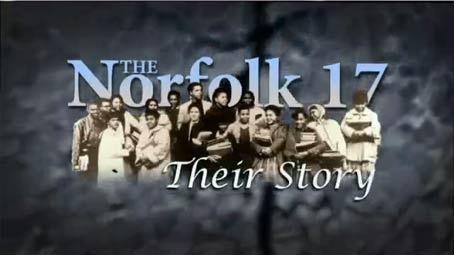 This month join us in celebrating some of the past and present black pioneers of Hampton Roads, and historic venues. We’ll bring hidden stories to light and showcase some of the wonderful work our producers have done over the years to celebrate and commemorate black history.

The Attucks Theatre is one of Hampton Roads’ greatest treasures. Musicians of the greatest caliber have performed at the Attucks, legends like Duke Ellington, Cab Calloway, Ella Fitzgerald and Nat King Cole just to name a few. The 600 seat venue was an instant source of pride to Norfolk's Black Community. It was added to the National Register of Historic Places in 1982.

The Norfolk 17 Their Story

They were just teenagers who wanted a chance at a better education. But in 1959 Norfolk, that was a problem. African-American students werent allowed to go to historically white schools. Take a look at the lives of the Norfolk 17 since desegregation.

The culinary arts are one of the most enjoyable art forms around because food can be enjoyed with all five senses. This week, as we explore art that reflects culture, we will talk with Williamsburg culinary historian and author Michael Twitty who has made it his mission to document African American food history.

From its beginnings during the Civil Rights Movement, The Do-Drop Inn's patrons witnessed momentous events over their lifetimes, and the Do-Drop has come to represent a cultural and historical pillar of the Eastern Shore community. We've captured some of the history and memories for the benefit of future generations. Funding provided by the Virginia Foundation for the Humanities.

Titus Kaphar is an artist who seeks to dislodge history from its status as the "past" in order to unearth its contemporary relevance. His aim is to reveal something of what has been lost and to investigate the power of rewritten history. Kaphar's most recent sculpture, created for the Forgotten Soldier exhibit, is on display at the American Revolution Museum in Yorktown.