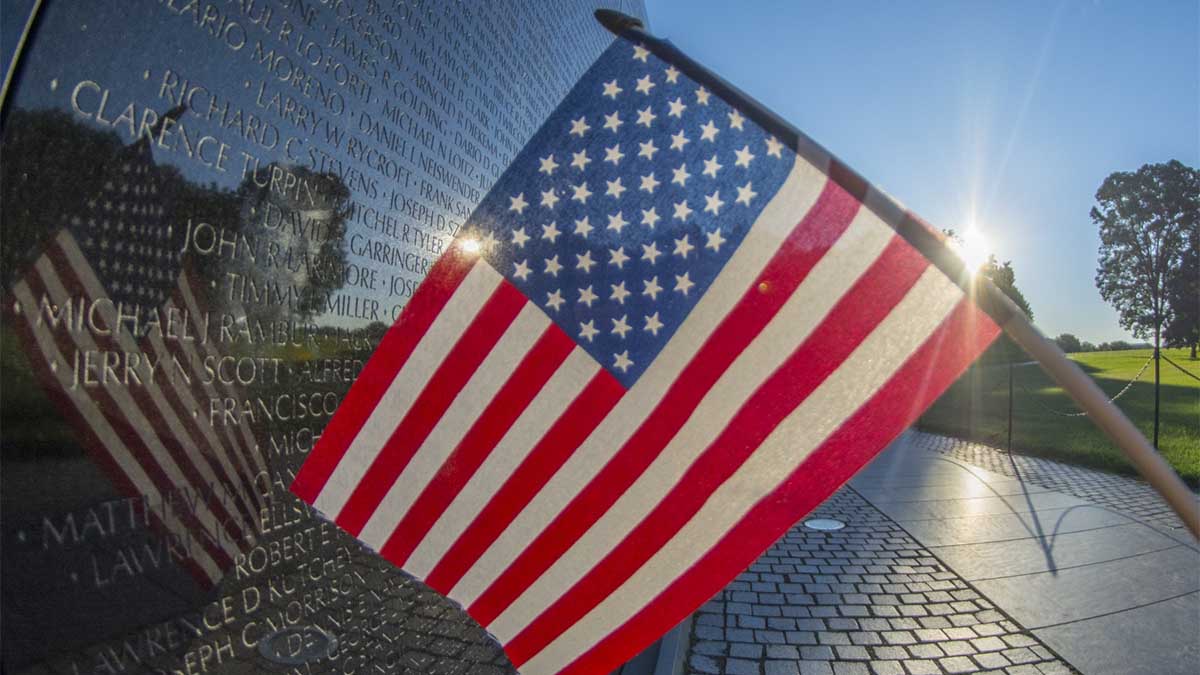 UPDATE: Since posting this story prior to Veterans Day we have gotten a great response! We now only have three names that we need to find photos for! Let's locate these photos quickly! Here are resources if you'd like to help.

As we approach Veterans Day, we are so thankful for the men and women in our community who have served our country and for the active-duty members still serving today. WHRO Public Media has honored veterans through several initiatives over the years, with the longest-running project being the “Wall of Faces.”

This virtual Wall of Faces was developed to honor and remember every person whose name is inscribed on the Vietnam Veterans Memorial in Washington, D.C. The goal is to find a photo to go with each of the more than 58,000 names on The Wall. Of that number, there are 1,306 names that belong to Vietnam veterans from Virginia.

WHRO has been proud to spearhead a statewide initiative to ensure every Virginian listed has a photo. We are happy to report that there are only 4 remaining Virginians that still need a photo! As we’ve worked with individuals and community partners to locate photos for this project, we’ve learned the incredible stories of some of the veterans who served. As you look at the photos submitted and read the remembrances, you get a better idea of who these brave veterans were.

Stories from the Wall:
Here is a sampling from some of the latest photos that have been found: 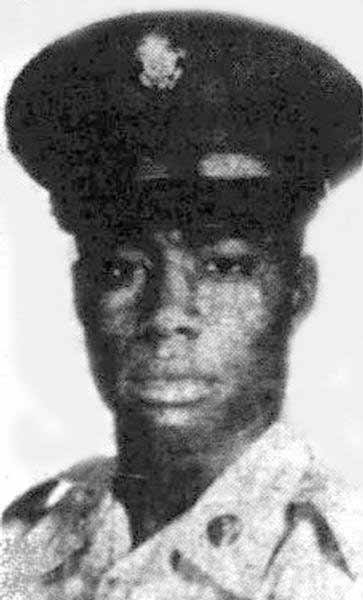 For PFC Rudolph Nathinal Ward, of Portsmouth, who served in the Army
The war may be forgotten but the warrior will always be remembered. All gave Some-Some gave All. Rest in peace Sky Soldier. - From a veteran of the 173rd Airborne Brigade 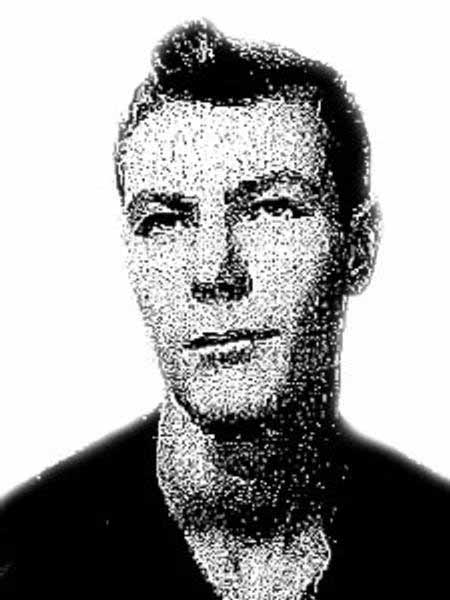 For BM3 Leon Dugan Witherspoon, of Norfolk, who served in the Navy
Uncle Leon. You were my favorite uncle. I still think of you a lot, and I miss you. - From your nephew

Though I have lived the last 39 years of my life without you sharing it, you will never be forgotten. I know that you would be proud of the women that Sheri and I have become, and I often wonder if you are watching over your grandsons and now your great-granddaughter. Your picture hangs in my home and is a reminder to all of us of your service and sacrifice to this country. - From Teresa

Uncle Leon, I'm so sorry it has taken me this long to tell you how much I loved you and how proud our family is of the ultimate sacrifice you gave for your country. I think of you often and remember the happy times we shared together. - From Janie 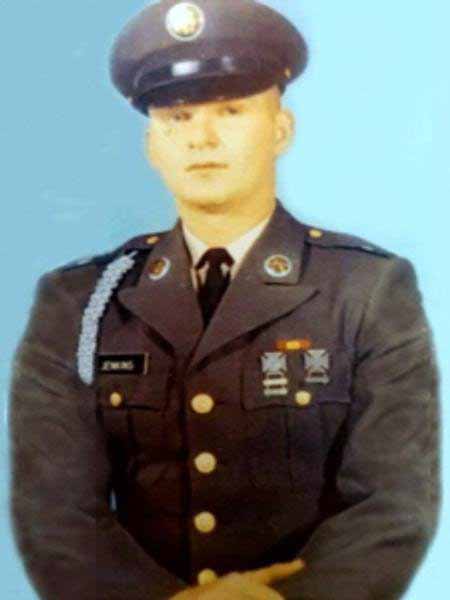 For SP4 Jerry Malone Jenkins, of Winchester, who served in the Army
You were one of the brave that answered the call. You honored us by your service and sacrifice. We now honor you each time we stand and sing the words “THE LAND OF THE FREE AND THE HOME OF THE BRAVE”. Rest in Peace and Honor Jerry. - from Bob Ahles, Wolfhound Brother 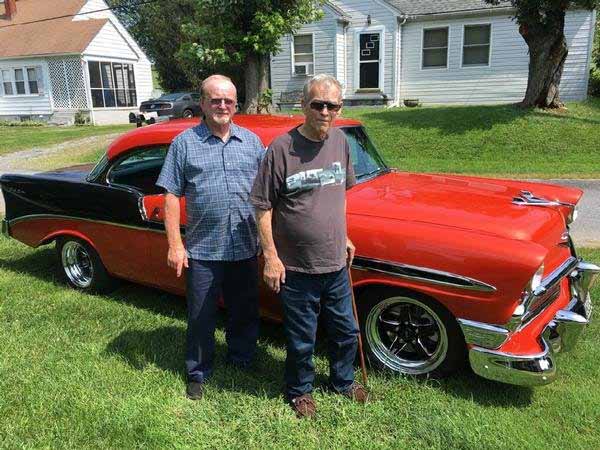 It was Jerry's dream to restore a 1956 Belair... his brother and Nephew restored it, they did Jerry proud! David and Doug - from Janna Hoehn for the Jenkins Family 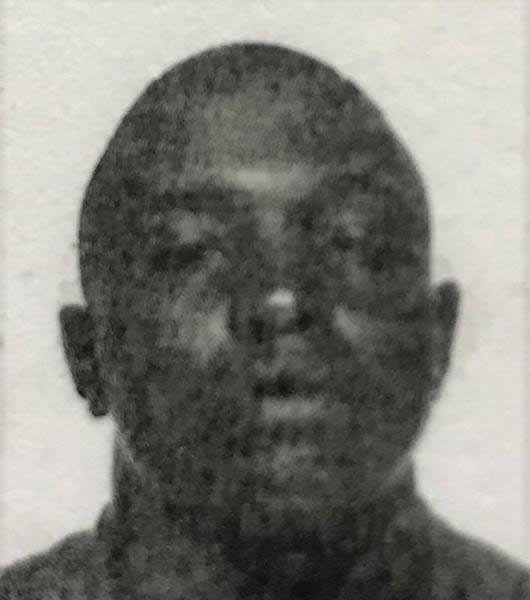 For SGT Samuel Earnest Witcher, of Martinsville, who served in the Army
You Saved My Life Sam - Sam was my squad leader in the 1st Cav. While we were on a patrol, one guy in our platoon stepped on a mine and lost part of his leg. Our squad began to search the area adjacent to the mine. Sam and two others started climbing up a steep 5 foot incline, and I noticed a more level spot a few feet away. As I was walking to the level spot, Sam stopped me and sent me back to the incline, and he walked to the level area instead of me. A few seconds later, he stepped on a land mine and was killed. I would have been killed instead of Sam if he had not stopped and redirected me. - From Jerry Prater

Uncle Sammy I was but a young boy when you died. Yet even today many years later at the age of 59 I still have fond memories of your life. You'll never be forgotten. - Love Always, Keith

Thank you to everyone who has partnered with us to locate photos for each Virginian veteran whose name appears on the wall!

If you’d like to hear recordings of more Stories from the Wall, visit vietnam.whro.org.

Visit the Wall of Faces online.

Want to help locate photos for the last 15 remaining names? Here are resources to get you started.

Watch the stories of local veterans in our Veterans Coming Home series.

To every veteran in our community, THANK YOU for your service!