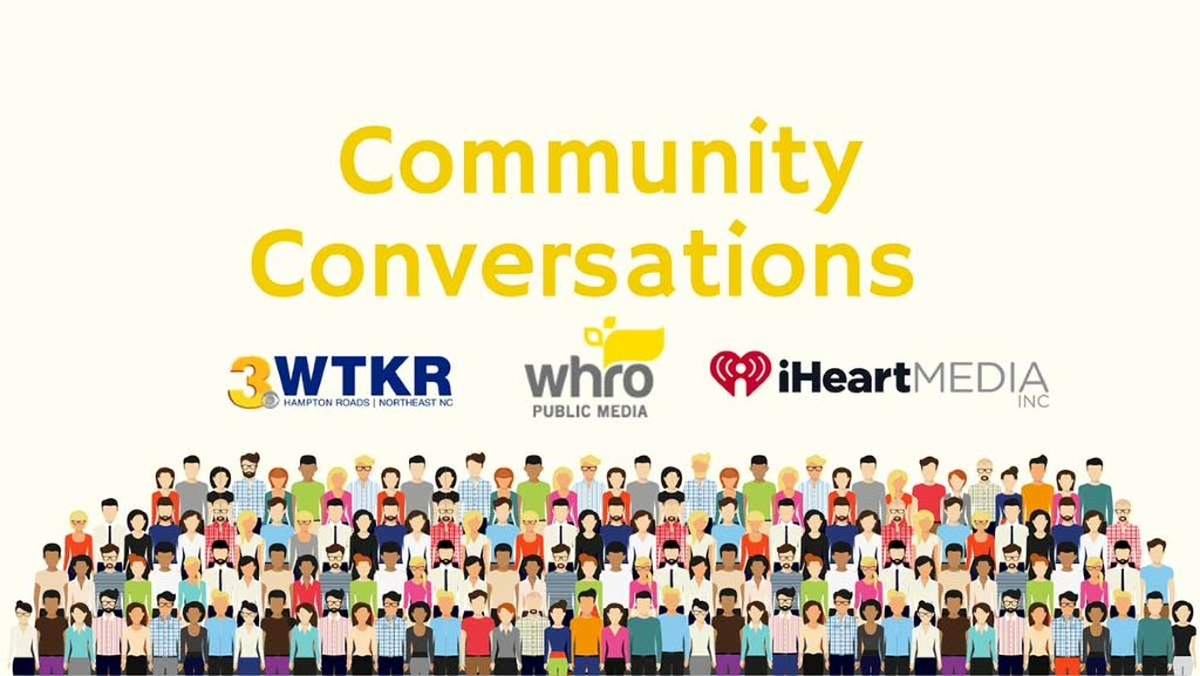 In the first of a series of important conversations planned for the coming months, members of the community gathered at WHRO Public Media for a discussion about school safety. The event was a partnership between WHRO, WTKR and iHeart Media. Parents, teachers, school administrators, students, mental health practicioners and community leaders came together to discuss the state of school safety in the region and what can be done to keep students safe.

Parents and students explained some of the things currently in place at many local schools, including lockdown drills that have become a mainstay of classrooms. Former Norfolk Police Chief Larry Boone discussed other possibilities for schools to consider, but stated that some of the solutions can be expensive. “I’m not a fan of arming teachers,” he explained, citing concerns that staff not accustomed to being in emergency situations could make mistakes, or that armed teachers could be mistaken by police as suspects.

He suggested schools consider forming mental health assessment teams because teachers know their students well and could spot odd behaviors. He also mentioned that some schools have considered additional signage outside of classrooms to allow law enforcement to more easily identify classes that need assistance. Other schools have considered installing permimeter fences, but there is the risk of creating the feeling of a “jail” environment in schools. “What a testament this is about our country that we have to build forts and castles to keep our kids safe,” he said.

For school administrator Rashard Wright, who serves as chief of staff for Newport News Public Schools, he said his objective is preparing staff for emergencies. “The focus is consistency around communication and making sure that our students, our teachers and our leaders know how to respond if there is an emergency,“ he explained.

Shawn Millaci, principal of Churchland High School in Portsmouth, said his school focuses on relationship building between teachers and students. “We want every student to feel a sense of belonging,” he explained. His goal is that every student has one teacher they feel comfortable talking to if they need to report concerns.

The panelists agreed that student reporting is critical to maintain safety, but students often face the perception that they will be a “snitch” if they come forward with information about another student. “The community as a whole has to debunk that theory,” said Dr. T.A. Warren, a U.S. Navy Commander who has worked locally as a psychologist. He encouraged parents and teachers to have conversations with students to explain that looking out for others’ safety isn’t being a snitch.

Teachers also face a unique challenge, he said, because of the school closures that were caused by the pandemic. “Students have missed two years of socialization,” he said. Those who were in the 5th grade when the pandemic hit are now 7th graders facing more serious problems, often without the social skills to cope with them.

There is also a responsibility on parents, explained Shana Alexander, a parent of students who attend An Achievable Dream Academy in Norfolk. “It really starts at home,” she said. “If you are not having that dialogue with your children to know what’s going on, how are you going to stop that active shooter from coming to that school?”

In addition to preparing teachers and students for emergencies and including safety measures in the school buildings, the panelists cited mental health as an area where there needs to be more focus. Dr. Jennifer Moran, a clinical psychologist with Children’s Hospital of the King’s Daughters’ mental health program, emphasized that mental health teams in schools need to be aware of what factors to watch for and know how to take action.

A parent from the audience agreed stating that his son had special needs but also had a mental illness that no one picked up on. He said he was also concerned with the number of fights happening in schools and being viewed through social media. Panelists agreed that one area for teachers and administrators to focus on now that students are back attending in-person classes is conflict resolution skills and coping mechanisms.

“We are going to continue to make sure safety is our number one priority,” Wright told attendees.

Watch a recording of the full broadcast: