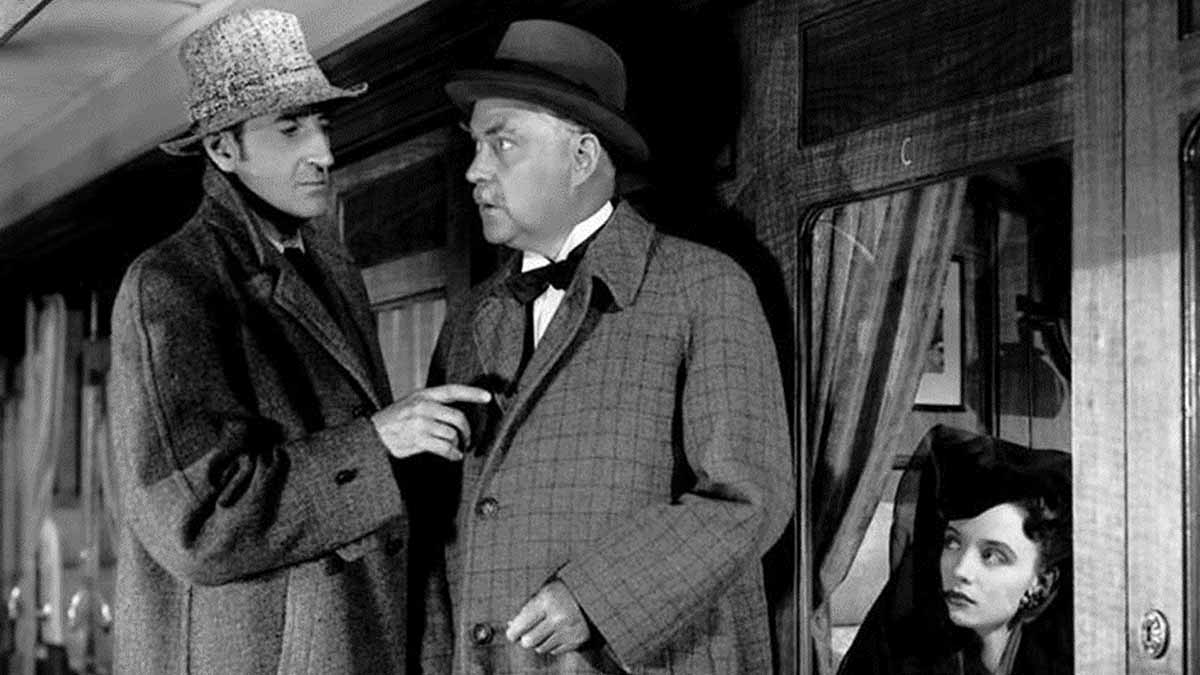 Cinema 15 Classics: A Month of Mysteries

Enjoy a full month of mysteries with one of your favorite detectives! On Cinema 15 Classics this month we are featuring a different Sherlock Holmes film each week.

Watch them on WHRO TV 15 or stream them online with WHRO Passport — commercial free.

May 5 | Sherlock Holmes: The Secret Weapon

Mystery, 1942. Sherlock Holmes rescues the inventor of a bomb-sight which the Allies want to keep from the Nazis. Holmes wears various disguises as he attempts to thwart Moriarty's efforts to deliver vital information to the Gestapo.

May 12 | Sherlock Holmes: Woman in Green

Mystery, 1945. Several beautiful women have been found murdered, all with their right forefingers severed from their hands. The murders seem apparently unconnected, but Holmes and Watson are soon on the trail, following leads to a mysterious woman, a secret society and the fiendish criminal mastermind, Professor Moriarty.

May 19 | Sherlock Holmes: Dressed to Kill

Mystery, 1946. Holmes is asked by Watson to investigate the theft of an inexpensive music box at the home of a friend, who is later murdered. Three unsuspecting victims obtain the boxes at an auction and Holmes, with his faithful partner, Watson, follows their trail of death to the killer.

May 26 | Sherlock Holmes: Terror by Night

Mystery, 1946. Sherlock Holmes is hired to protect a woman on a train returning to London with the fabled Star of Rhodesia diamond. When the rare jewel is stolen and the son of its owner murdered, Holmes, with his trusted Watson by his side, must discover which of his suspicious fellow passengers is responsible.