Could Antiques Roadshow’s next big find come from Colonial Williamsburg? That’s what a group of local residents hoped for last September after receiving an invitation to attend a filming for the show’s 26th season. After having to delay filming due to the pandemic, producers visited Williamsburg seeking treasures that will be featured in three upcoming episodes. Their stop in Virginia was a part of their effort to visit distinctive, historic locations across the country.

“Holding events at these locations allows our cameras to film appraisals in and around places that are treasures in their own right, adding an exciting depth to our show,” said Roadshow Executive Producer Marsha Bemko prior to the event. “I can’t wait to see what treasures we uncover in Williamsburg.”

Scoring the opportunity to attend the event was not easy. Antiques Roadshow sponsored an Appraisal Contest for fans to compete for a spot. Hopeful fans submitted descriptions and photos of their items, and entries that “wowed” Roadshow producers earned fans an invitation to participate in one of the five production locations around the country. Due to concerns about the pandemic, producers limited the number of people allowed to attend and filmed on closed sets.

Guests met with experts from the country’s leading auction houses and independent dealers to receive free verbal evaluations of their antiques and collectibles. Producers and fans alike are always looking for that next big, unexpected treasure. Could someone’s thrift store purchase be worth a fortune? Could a family heirloom have played a role in America’s history? Part adventure, part history lesson, and part treasure hunt — producers never know what a filming event will reveal.

Senior Producer Sam Farrell said producers see hundreds of items, many with their own fascinating stories. But one that stands out to him was an item discovered at a filming about 10 years ago. A man brought in a cardbox box that contained a pair of Dutch clogs that were determined to have been carved by artist Paul Gauguin.

“I was looking at this pair of clogs and I held them in my hand,” he said, “and I thought this is me one step away from Paul Gauguin. You can’t do that in a museum. Hardly anybody can ever do that. It was just this sort of thrilling jolt of this major creative force in my hands, and I remember that vividly.”

Just as expected, the film crew did not leave disappointed. They found several incredible items during filming including a Tiffany & Co. Pansy brooch dated to around 1905, a Tony Walton "Mary Poppins" design sketch, a 1969 Rolex Explorer watch, and a 17th C. Tibetan bronze Buddha--just to name a few.

But we don't want to spoil all the surprises! Tune in Monday nights at 8:00 on May 9, 16 and 23 to see what rare gems producers uncovered.

Note: If you don't mind a few spoilers, check out the episode guide below for more details on items featured on each episode.

Discover more standout treasures from Colonial Williamsburg, including a Tony Walton "Mary Poppins" design sketch, an astronaut signed Mercury Project book, and a Gallet flying officer "Red Tail" chronograph. Which one is up to $100,000?

Catch captivating appraisals at Colonial Williamsburg during ROADSHOW’s final hour in Virginia, including a Marvel Silver Age comics collection, a 1969 Rolex Explorer watch, and a 17th C. Tibetan bronze Buddha. One is $30,000 to $100,000!

WHRO was allowed to be on site for the filming of Antiques Roadshow in Williamsburg. Here are some of the behind-the-scenes images we captured. 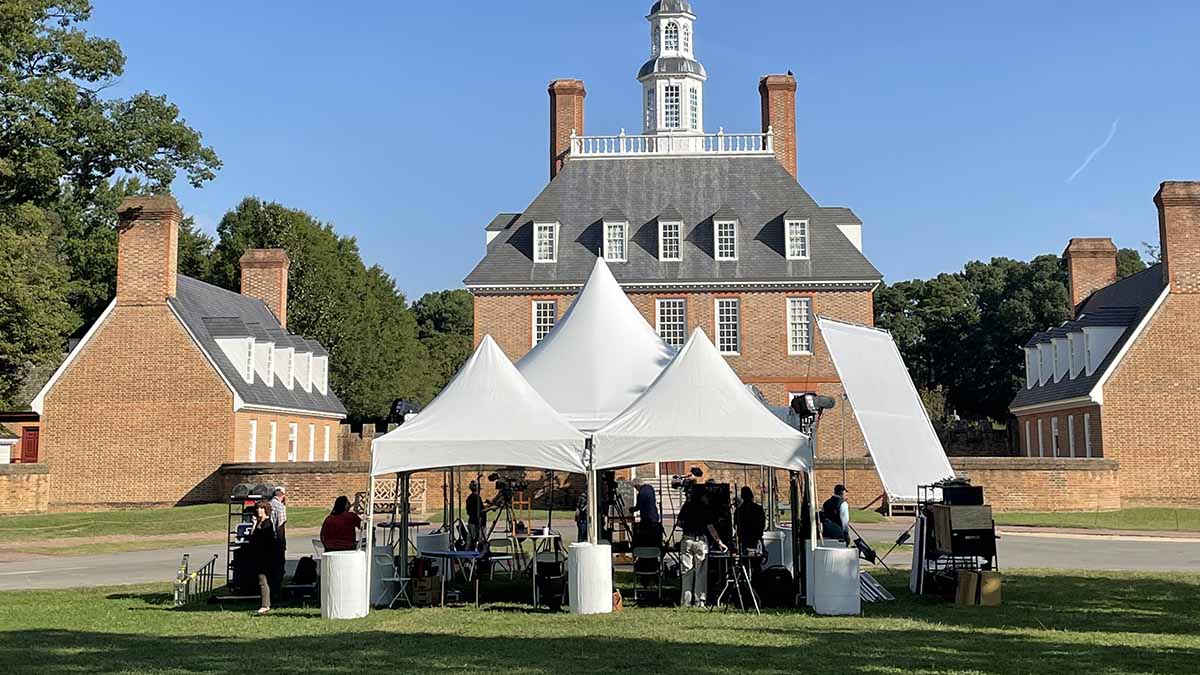 The Antiques Roadshow appraisal team setup in front of the Governor’s Palace in Colonial Williamsburg. 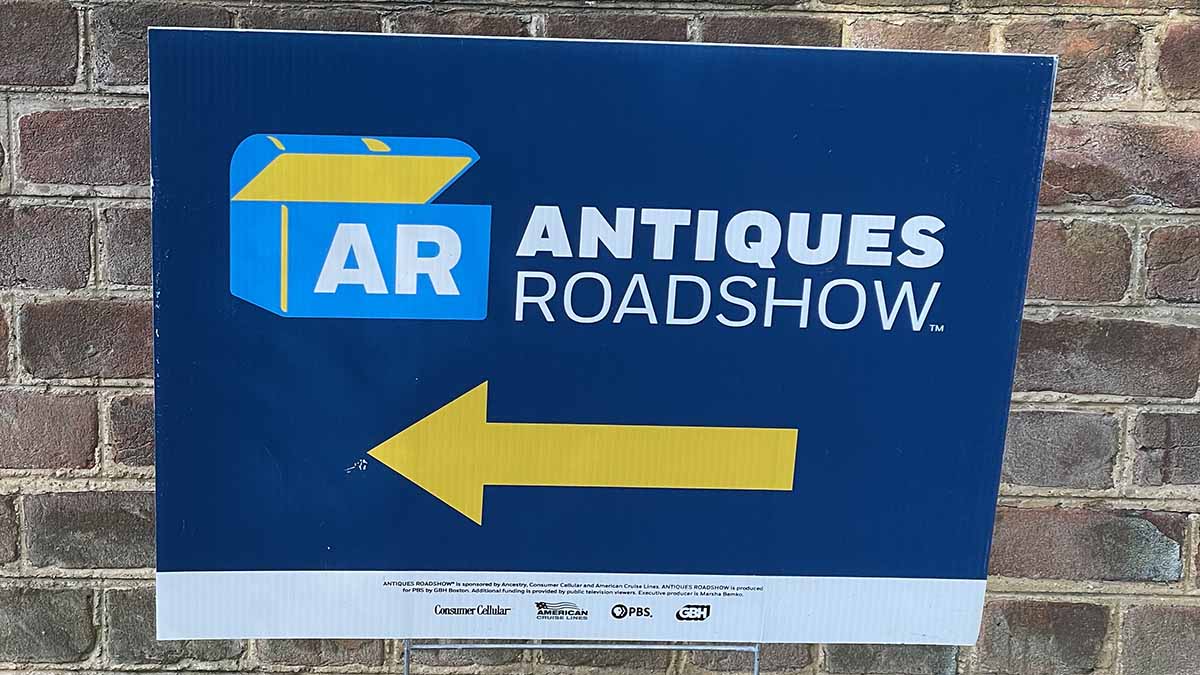 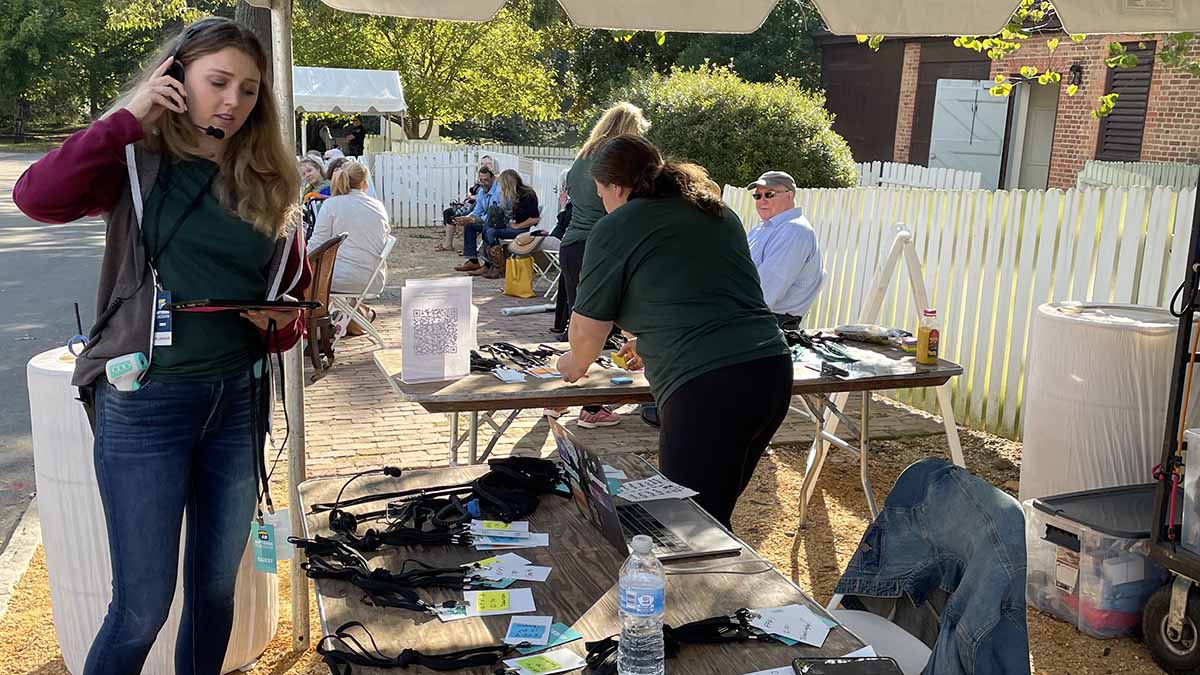 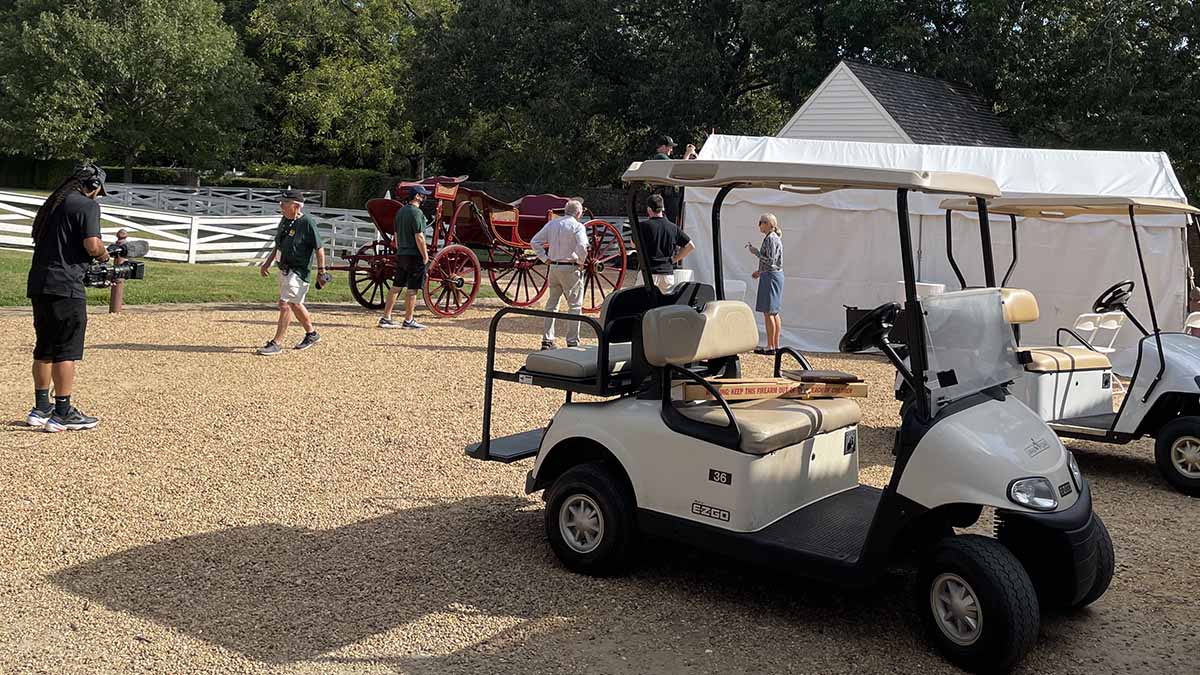 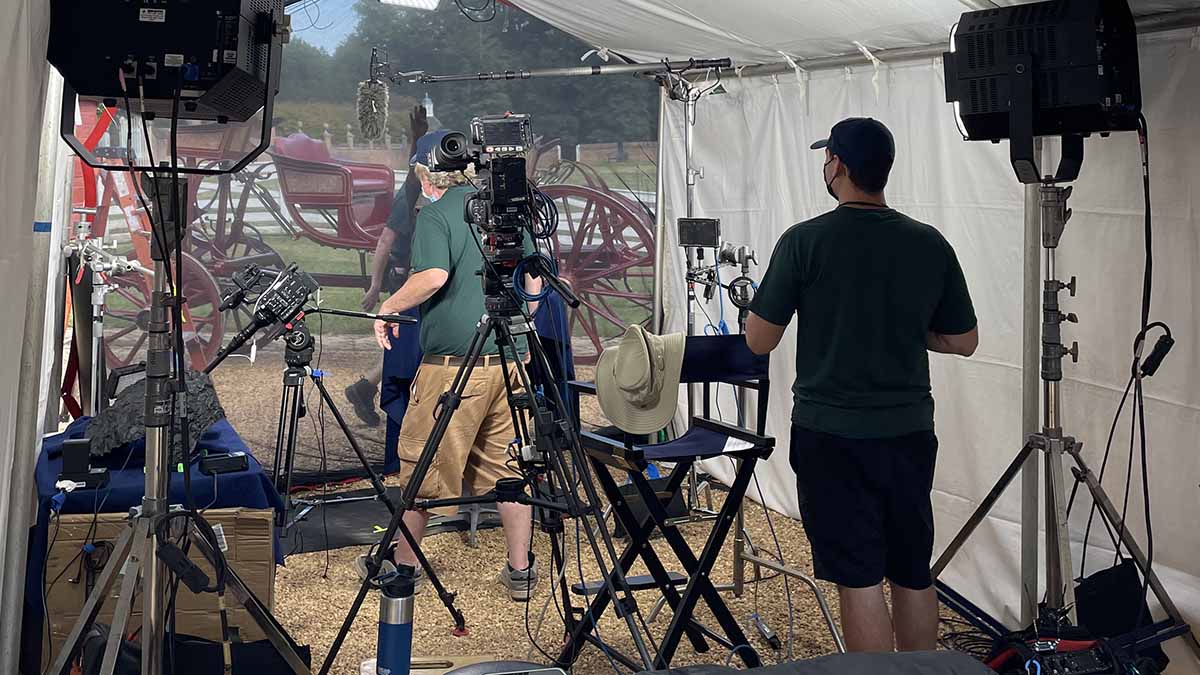 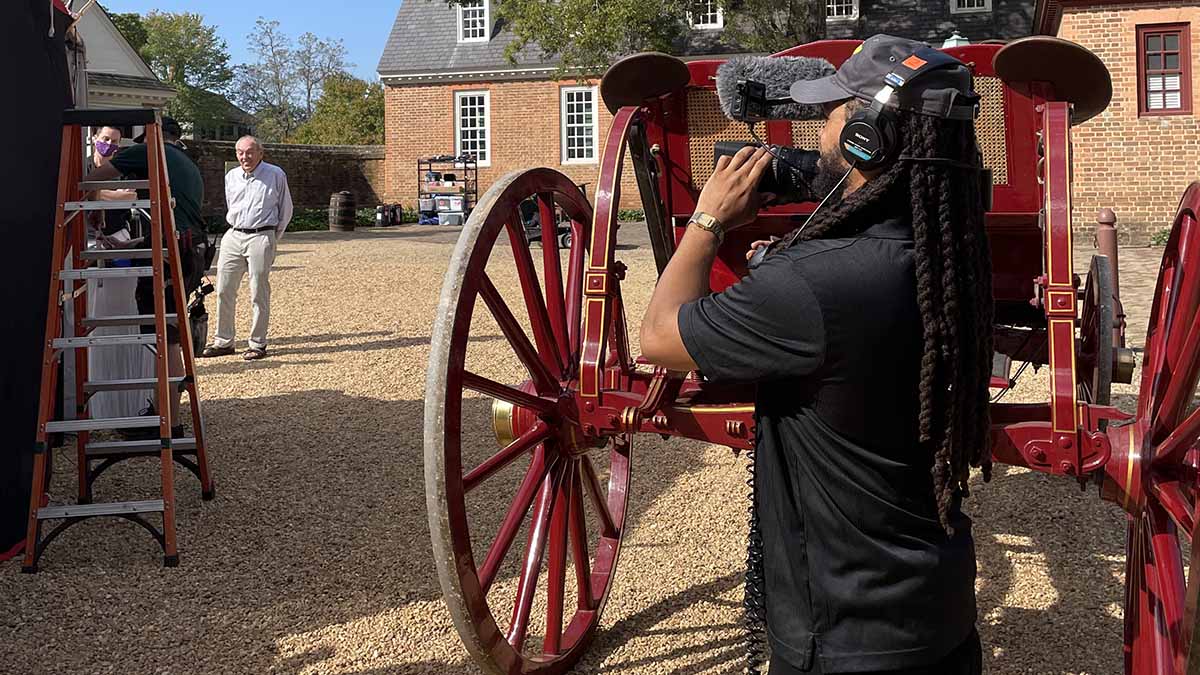 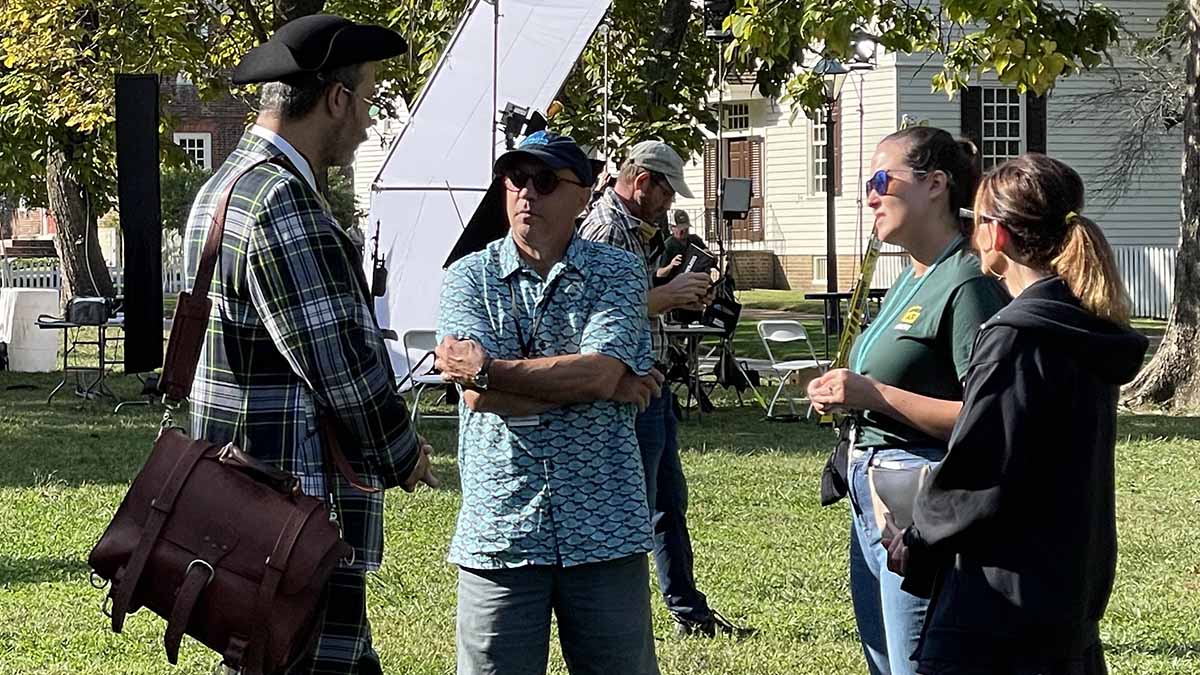 Catch up on past episodes online. Note: Some episodes require WHRO Passport.