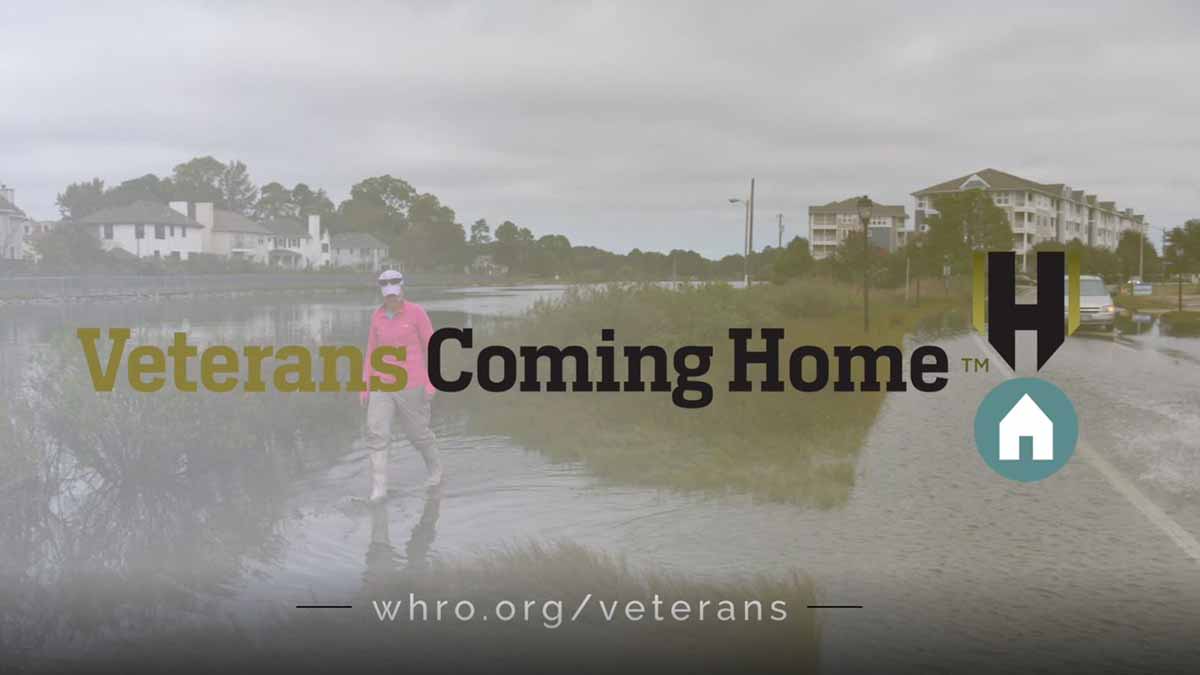 WHRO is a participant in Veterans Coming Home: Finding What Works, a digital-first content and engagement project that is helping address and identify successful examples of veterans “Finding What Works” as they transition to civilian life. Hear from three of our local veterans below.

After Ann Phillips retired from the military, she found a new passion after being asked to be part of a pilot program in Hampton Roads looking at the impacts of sea level rise. Formerly a commander in the Navy at the largest Navel Base in the world, she had already seen some of these impacts firsthand.

Yasmine Charles escaped the dangers of Haiti only to move to New York to be abused by her father. Joining the military changed her life!

Following her time in the military, Maggie Bush became an artist. Now she uses her work to address social injustices, stimulate conversation and influence change.

Watch more of our veterans stories.