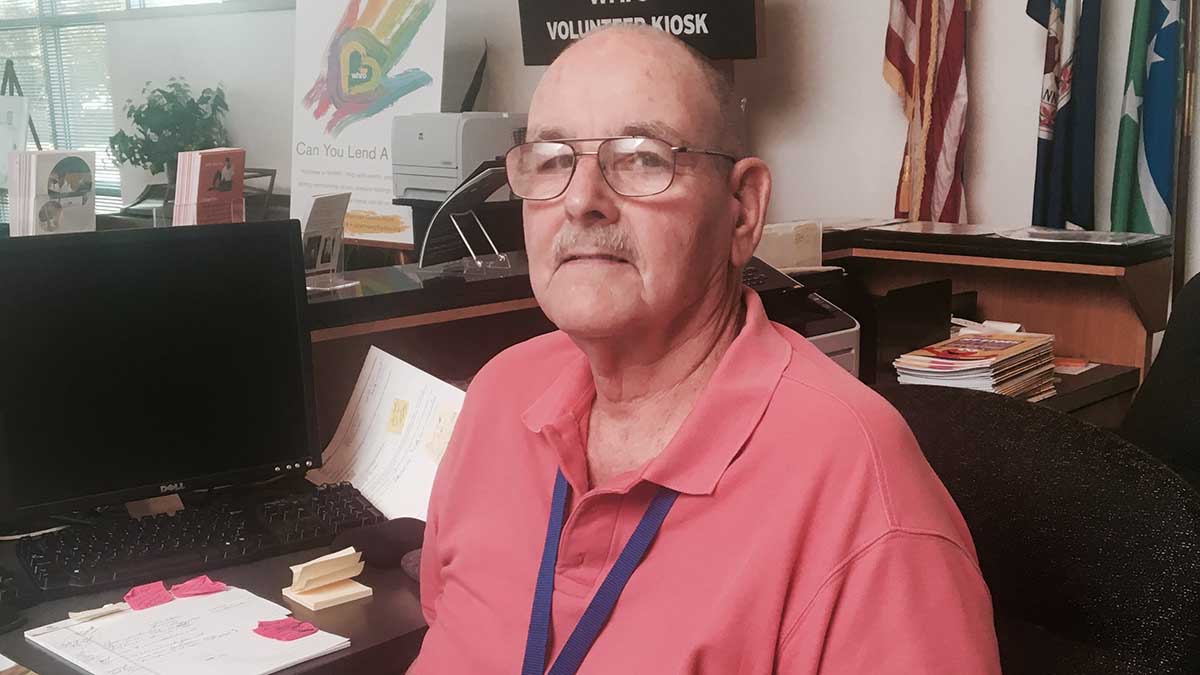 Bill Zimmerman has been a volunteer at WHRO Public Media since 1991. He recently turned 90 years old, but that hasn’t slowed him down at all.

As a volunteer, he assists with a variety of things around the station including administrative tasks such as sending out mailings or sorting paperwork. Visitors will often find him filling in at the front desk greeting those that come into the building and answering phone calls. He said his favorite activity is “keeping the WHRO staff on their toes.”

Zimmerman also reads for the WHRO Voice, a radio reading service for the visually impaired which allows them to hear contents of publications like The Virginian Pilot, Daily Press, Inside Business, The Flagship and other local newspapers.

He said it was boredom at home that led him to volunteer at the station. After a rewarding career as an aircraft mechanic, first in the U.S. Navy and later as a civilian, he said he was not finding enough at home to keep him busy. “I had a most satisfining job. I retired in 1994 with 42 years service.”

Now he finds rewarding work through his volunteer role at WHRO. “I'm doing something useful, not only to me but the entire community,” he said.

He has watched the station change through the years and said he has lost some dear friends along the way, recalling the passing of staff members Annie Gilstrap, Taylor Greene and “my favorite WHRV guy, Neal Murray.” But he looks forward to many more good times ahead.

He is also happy to pass along his WHRO wisdom to anyone else who would like to volunteer. “C'mon down! I'll be happy to show you the ropes.”