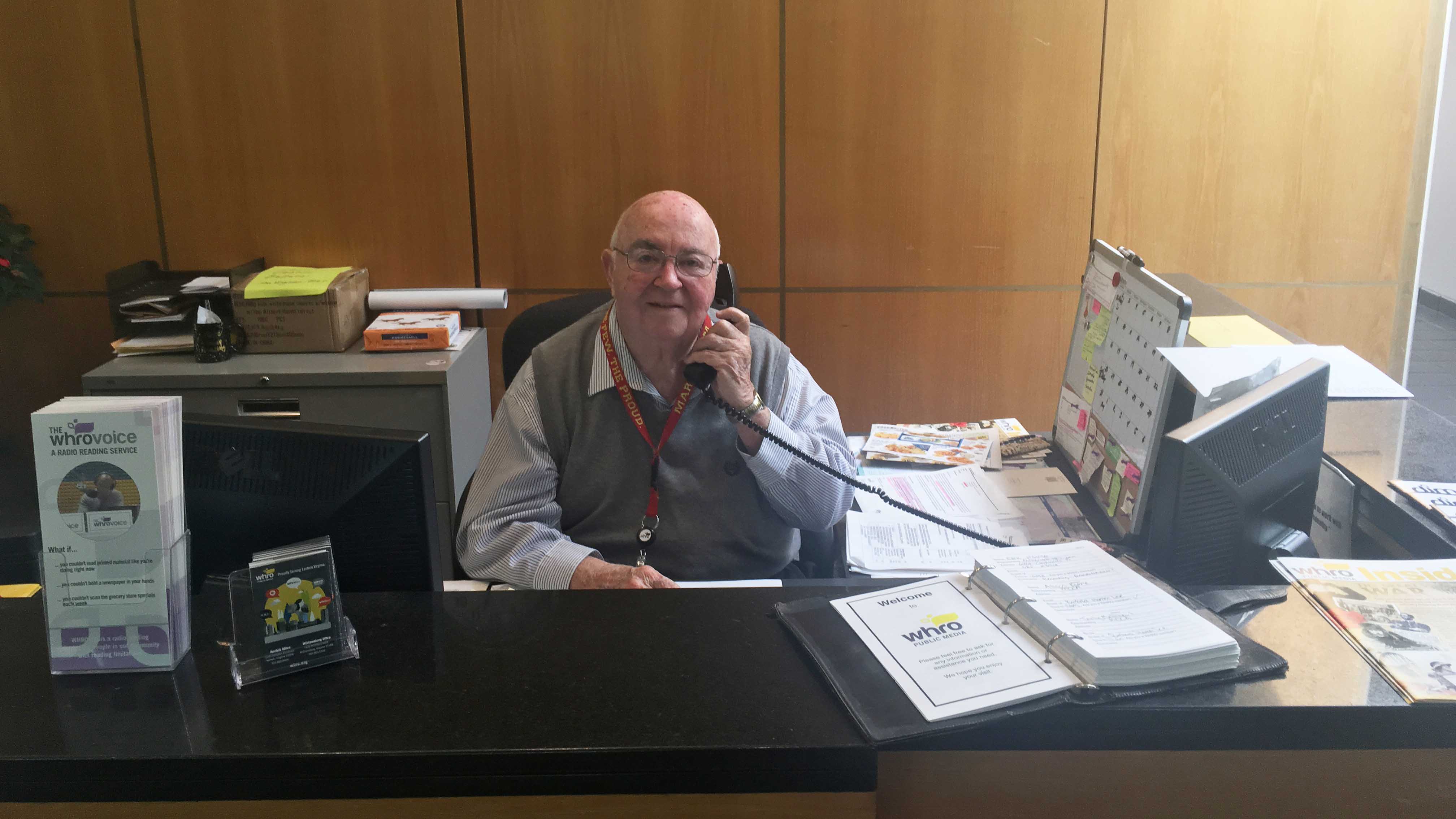 Whenever you stop by WHRO, you can find John Delaney at the front desk answering phones and greetings guests two to three times a week. This is just one of the many jobs John has had at WHRO during his time volunteering for more than 20 years. After serving as a Marine for 26 years, John and his wife retired in the area where he pursued a variety of interests, including working in the hospitality industry, starting his own business, and directing his own plays. When he’s not volunteering here, he is busy doing his favorite job by spending time with his 14 grandchildren. Though he’s never had a problem staying busy, John says he wanted to do something else to keep busy and give back to his community at the same time.

The first task John took on as volunteer was reading for The Voice, a news service for the visually impaired. John served two to three times a week along with other volunteers and quickly became a regular. Eventually, one volunteer task became two, and two became three. “The volunteer coordinator asked if I was interested in helping with the front desk. Of course when the pledge drive came around I helped with that. I take calls when they do other fundraisers, and I give tours to visitors too!”

John says that he has stuck around for so long because of the people at WHRO. “They’re very welcoming. There are no divas here.” He says the atmosphere has always made him feel comfortable and invites him to continue to show support.

John says he is always encouraging other Hampton Roads residents to volunteer for WHRO. “I do it all the time, especially for The Voice and the fundraisers. There are so many people out there looking for something to do.” As someone who is retired, he especially reaches out to residents like himself, requesting their time for about twice a month. “One thing I really encourage people to do is come in and read the children's writing submissions. That’s one of my favorite jobs.”

More than 20 years later, John is still ecstatic to be part of the WHRO family. No matter the task given, big or small, John’s excitement during his volunteer shifts is contagious.

“We need the volunteers to keep WHRO going,” he explained. “The music is great. The programs are great. I’ve listened to other stations similar to ours in other areas and they don’t compare to WHRO. It’s just unique. I think that everybody in the Hampton Roads area is very proud of what WHRO does.”


Are you interested in volunteering at WHRO? Learn how to join us.