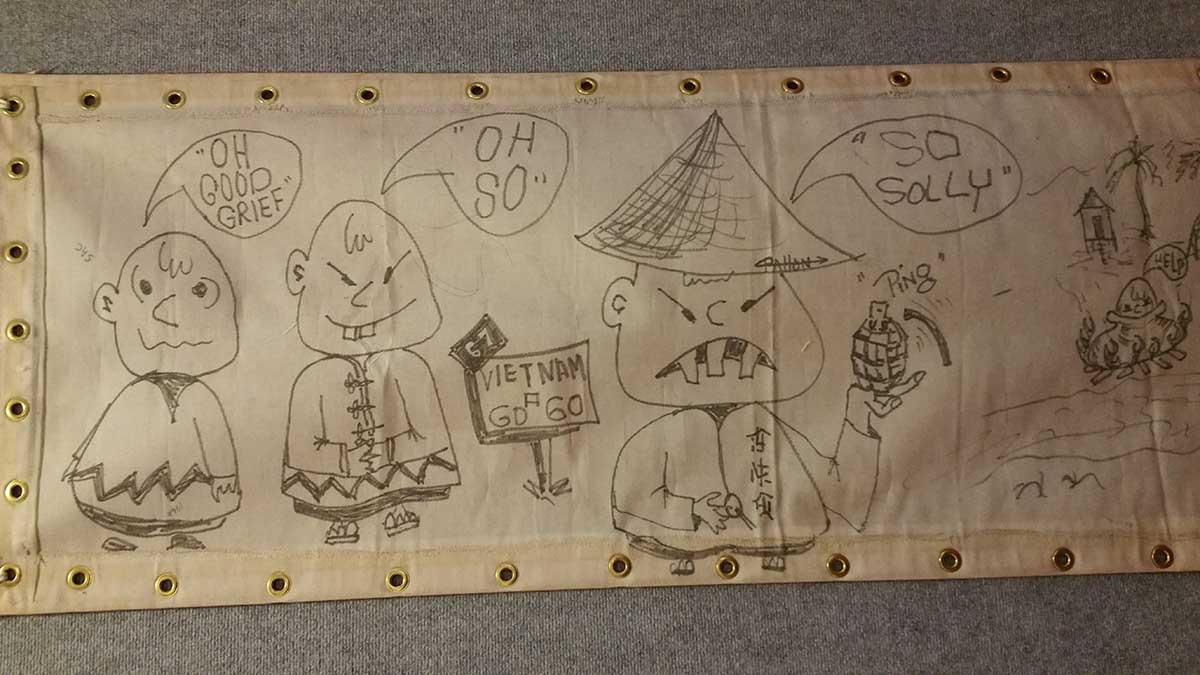 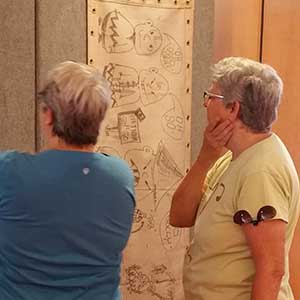 Imagine messages carefully preserved for 30 years—drawings, names and dates, notes of love, anxiety, humor, or politics. These were the relics left behind that Art Beltrone discovered written the bunks of the General Nelson M. Walker, a troop transport ship that carried servicemen as they headed off to the Vietnam War. As part of WHRO’s Vietnam War initiative, Norfolk’s Slover Library recently hosted Beltrone and displayed some of these incredible canvases from the ship. 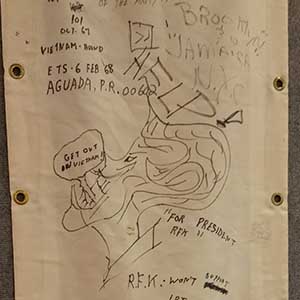 Beltrone , a military artifact historian, discovered the graffiti while he was advising production designers on the historical accurateness of uniforms, equipment, and weapons for the film The Thin Red Line. In 1997 he, along with the film’s production designer, boarded the Walker to film its interior compartments for reference. The ship had been relegated to Virginia’s James River Reserve Fleet along with many other discarded ships. 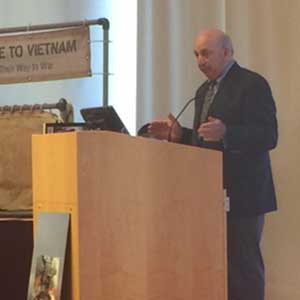 “It was a time capsule,” Beltrone explained. “Once it was finished with its service the ship was locked up. What I saw was this wonderful graffiti on the underside of the bunk canvases.”

The ship could carry 5,000 troops, but trips to Vietnam typically carried close to 3,500 for the approximate three-week journey. Quarters were cramped and many of the troops suffered with sea sickness throughout the entire voyage. 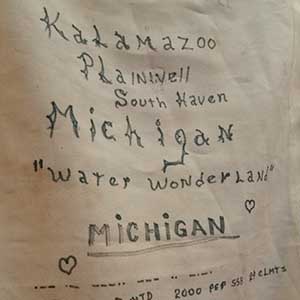 With felt-tip markers they inscribed messages on the canvases above their bunks. Writing on the canvases was against the regulations, but as veteran Jerry Barker put it, “What are they going to do, send us to Vietnam?” He was one of the servicemen transported to Vietnam aboard the Walker.

Messages included political drawings, musings on the war and the 1960s, and thoughts on their uncertain future. “Every one of those kids on that ship wanted to be remembered,” Beltrone said. “They left their name, town, and a sentiment there.”

He immediately knew he wanted to preserve as much as he possibly could. “The graffiti is important,” he explained. “Scholars all recognize that graffiti is the most important and most honest expression of a person.” 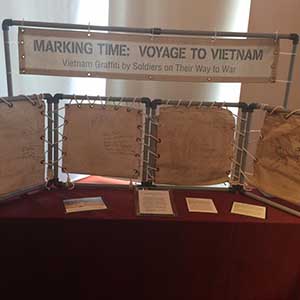 Beltrone and his wife founded the Vietnam Graffiti Project to collect and preserve the historic canvases and place them in museums throughout the country. A portion of the exhibit has traveled throughout the United States for the last 10 years.

“It is all about honoring you and all our soldiers, sailors, airmen, women,” Beltrone told the crowd gathered at the Slover Library, “because you were not given thanks when you returned.”

He said the exhibit has helped veterans across the country begin to speak about their war experiences and share them with family members. “This has been the key that opens the lock,” he said. “A lot of vets have been able to talk about their experience in country, and the graffiti is a safe way to get into it. It’s been an amazing phenomenon to see. It’s a story of humanity because of what they wrote on the canvas.”

Beltrone's presentation was followed by a behind-the-scenes look at Ken Burns’ upcoming documentary, The Vietnam War, which premieres September 17 at 8 p.m. on WHRO TV 15.

Register to attend our next event, The Vietnam War: The Telling Project.

Thank you to our event sponsors: