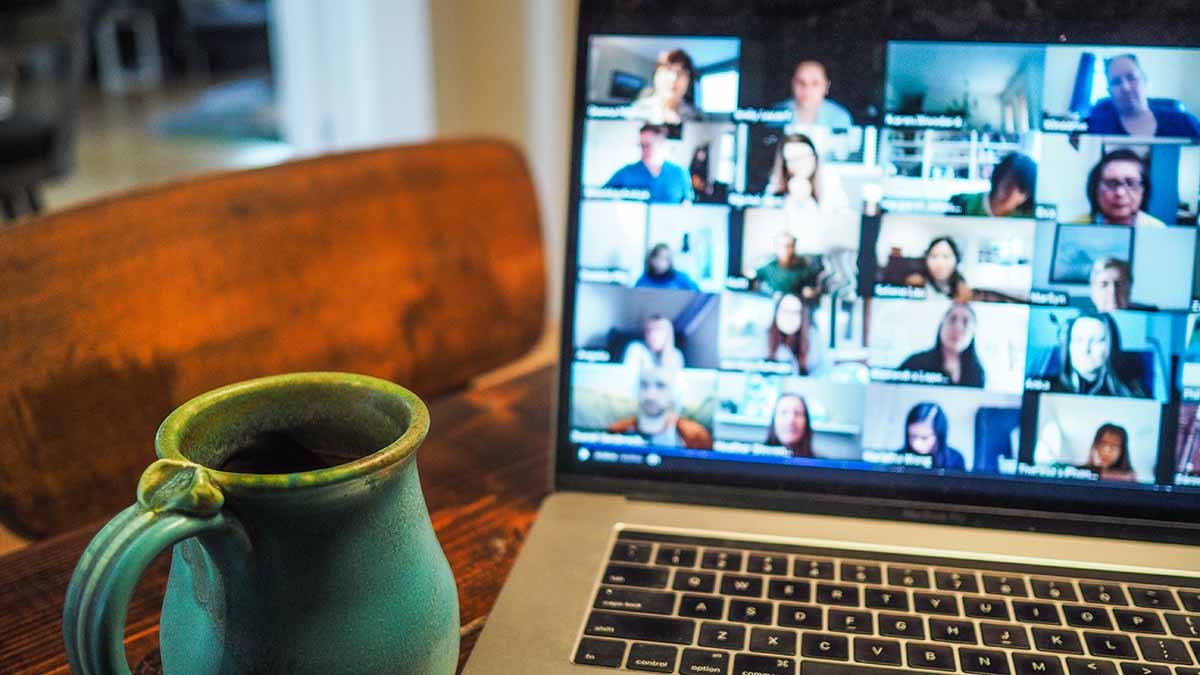 Photo by Chris Montgomery on Unsplash.com.

Staying Connected with our Members Despite the Distance

While WHRO Public Media continued to deliver as a trusted source for news, information and entertainment throughout the pandemic, the offices and hallways at the station were quiet, with a majority of employees pivoting to the new norm of working from home. Despite the challenges of teleworking and the occasional technology issue, our membership team continued to provide timely answers to audience phone calls and emails, while providing assistance to those members utilizing Passport and looking for additional help with their services and membership benefits.

Phone calls to members to check in led to lengthy conversations about life stuck at home, relying even more on the informative and entertaining programs that WHRO is known for. Members shared that even without their own young children, they were grateful for the educational programming that WHRO created to not only help students and parents in their new reality of full-time virtual learning, but the wealth of resources developed for teachers to better aid them as they had to shift the way they delivered instruction.

WHRO’s membership team continued to look at ways they could still connect with donors in this new virtual world. As many other organizations had tackled during these challenging times, we found ourselves taking the plunge into new territory with virtual coffees, cocktail parties and guest speakers. What was typically an in-person holiday reception at the station shifted to a festive virtual cocktail party hosted by WHRO’s Morning Edition host Gina Gambony. The event on December 3 included trivia, musical challenges, special guests, and even some old holiday stories from WHRO’s own President and CEO Bert Schmidt. Hundreds of guests enjoyed the holiday reception, and we were warmed at the opportunity of saying thank you.

A new year brought a new society for WHRO leadership donors, with the new Hunter B. Andrews Society replacing the former WHRO Leadership Circle. Recognizing members who contribute $1,200 or more annually to WHRO Public Media, the society was named after Hunter Andrews, former Chairman of the Hampton School Board and Virginia State Senator, who co-founded WHRO with his friend Vincent Thomas of Norfolk. In years’ past, the Hunter B. Andrews Dinner was held each spring for our most generous donors and featured a well-known PBS or NPR personality at the dinner, including from NPR Robert Siegel of All Things Considered and The Thomas Jefferson Hour’s Clay Jenkinson, PBS President Paula Kerger, Corporation for Public Broadcasting President Patricia Harrison, and PBS NewsHour’s Judy Woodruff, Jim Lehrer, and Hari Sreenivasan, among many others.

Due to continued concerns over in-person gatherings and keeping our members’ and staff’s safety a priority, the Hunter B. Andrews Dinner went virtual! With the generous support of event sponsors Bay Diesel and Generator and Kaufman and Canoles, on May 13, WHRO Public Media hosted the Hunter B. Andrews Society Evening on Zoom with special guest Yamiche Alcindor, the host of Washington Week and the White House correspondent for PBS NewsHour. Just one week before the event was scheduled, PBS announced that Alcindor was selected as the new moderator of Washington Week, which made for an even more exciting conversation with the award-winning journalist.

The hour-long event was emceed by Barbara Hamm Lee, host of WHRV’s Another View, and guests included not only members of the Hunter B. Andrews Society, but members of our Legacy Society, who have generously chosen to impact the future of WHRO through a planned gift. Additionally, members of WHRO’s Board of Directors, Community Advisory Board, Williamsburg Advisory Council, Emerging Leaders Board, and members of the local chapter of the National Association of Black Journalists joined for the discussion. Alcindor presented on Truth in Journalism: Reporting on Politics and Identity in America and also answered questions from Lee submitted by the audience before the evening began.

During a time when most yearned to get back to in-person events and many expressed the woes of Zoom and virtual event fatigue, many WHRO members expressed their gratitude for the opportunity to connect. Jim and Marie White from Williamsburg said, “The evening was informative and educational” and became even bigger fans of Alcindor and Lee after attending the event. Wendy Jo Brodsky from Norfolk said, “Yamiche was impressive!” and thanked WHRO for putting together a good show. Others commented on how exciting it was to hear from Alcindor, a rising star in American journalism.

As more and more in our community receive the COVID-19 vaccine, restrictions on gatherings are lifted, and WHRO employees anticipate a return to the building next month, we look forward to stepping away from the computer and phone to reconnecting in person with our members. We also look forward to staying connected to those members who enjoyed a morning phone call, afternoon Zoom, or email update! Members of the Hunter B. Andrews Society can anticipate many of our favorite annual events to return to in-person, with plans already underway for the holiday reception and 2022’s Hunter B. Andrews Society Producer’s Circle Dinner.

If you’d like to stay connected and learn more about the impact of your support of WHRO Public Media, or if you’re interested in joining the Hunter B. Andrews Society, please contact Tom Burton, Chief Development Officer, at 757.889.9115 or This email address is being protected from spambots. You need JavaScript enabled to view it..