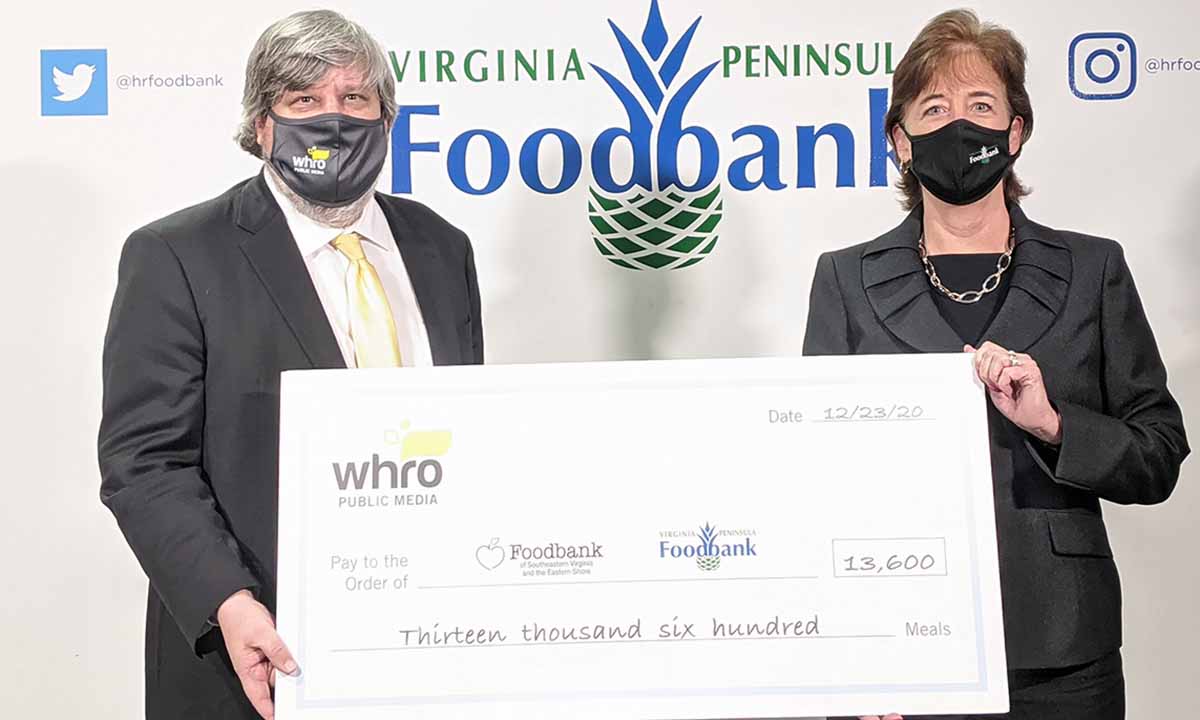 WHRO will once again partner with local food banks for our Spring radio drive, March 24-28. Become a member today to join us in helping those in need.

WHRO Public Media members recently helped the station provide meals to people in need in the community after donating to our last membership drive. During the station’s December pledge drive, WHRO partnered with the Virginia Peninsula Foodbank and the Foodbank of Southeastern Virginia and the Eastern Shore. Members who contributed had the opportunity to also provide a number of meals to the local foodbanks. As a result of their generous contributions, WHRO provided more than 13,000 meals— putting healthy, nutritious food in the hands of community members who need it most.

Karen Joyner, CEO of The Virginia Peninsula Foodbank, said the organization has seen an increase in demand for their services during the pandemic. As a result, they’ve had to purchase more food than in a typical year. “We are grateful to have the monetary donations that allowed us to purchase all that food,“ she said.

WHRO CEO Bert Schmidt said he was thrilled at the outcome of this first-time partnership and the ability to make member gifts go even further in the community.

Thank you to everyone who made this effort a success!

WHRO’s commitment to keeping public radio and television thriving in our area is only possible with your donations. Learn how you can become a member today.