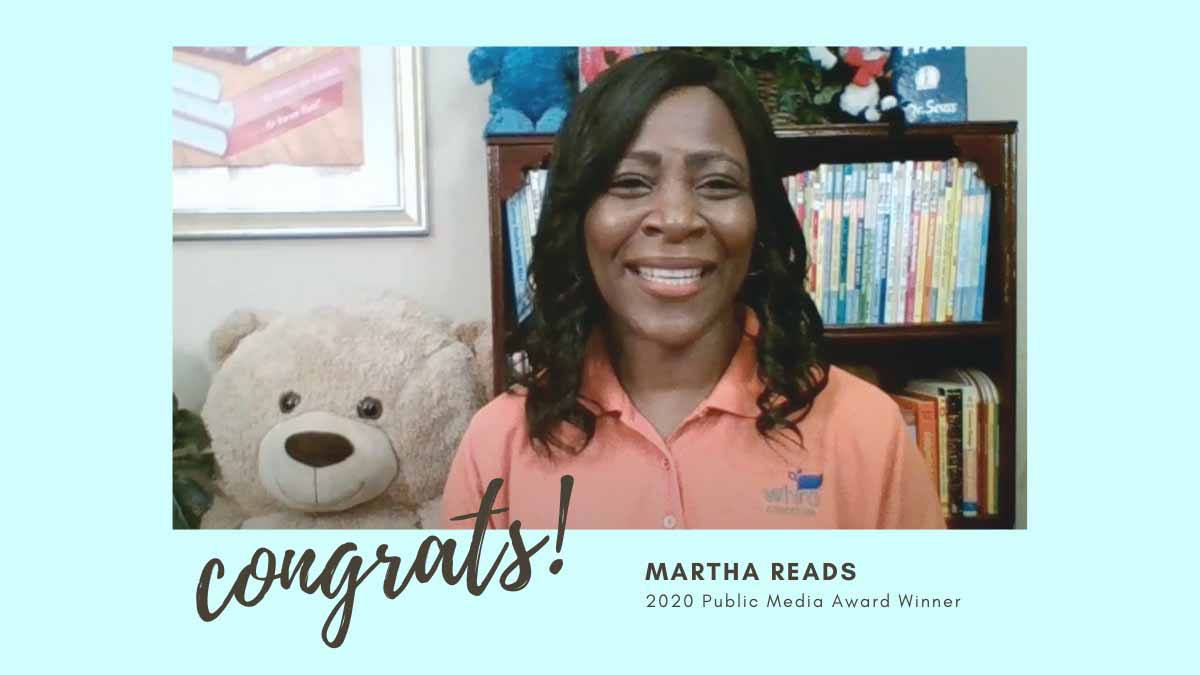 WHRO was nominated as a finalist in six categories.

“Congratulations to all of this year’s nominees and awardees,” said NETA president Eric Hyyppa. ‘Every year, for the past 52 years, these awards have celebrated excellence in public media. This year, that excellence was amplified by your profoundly creative and inspired responses to multiple crises. All across the country, public media stations rose to the moment and served their communities during their time of critical need. Well done!”

When Virginia leaders announced last March that schools across the Commonwealth would close for the remaining academic year due to concerns about the COVID-19 pandemic, the education staff at WHRO Public Media quickly changed up their normal routines to seek new ways to support teachers and parents as they ventured into at-home learning. Since her team couldn’t read to children in person, Martha Razor, manager of early childhood learning, decided to bring the stories to students virtually.

Each week on Facebook, Martha reads a new story aloud. Rather than reading the books that children may already know, or could possibly find on their shelves at home, Martha reads stories that were submitted in previous years to the WHRO annual Young Storytellers Contest. These short tales are stories written by children, for children, with accompanying illustrations.

Watch the show every Friday at 10 a.m. on the WHRO Facebook page, and catch up on missed episodes at whro.org/marthareads.