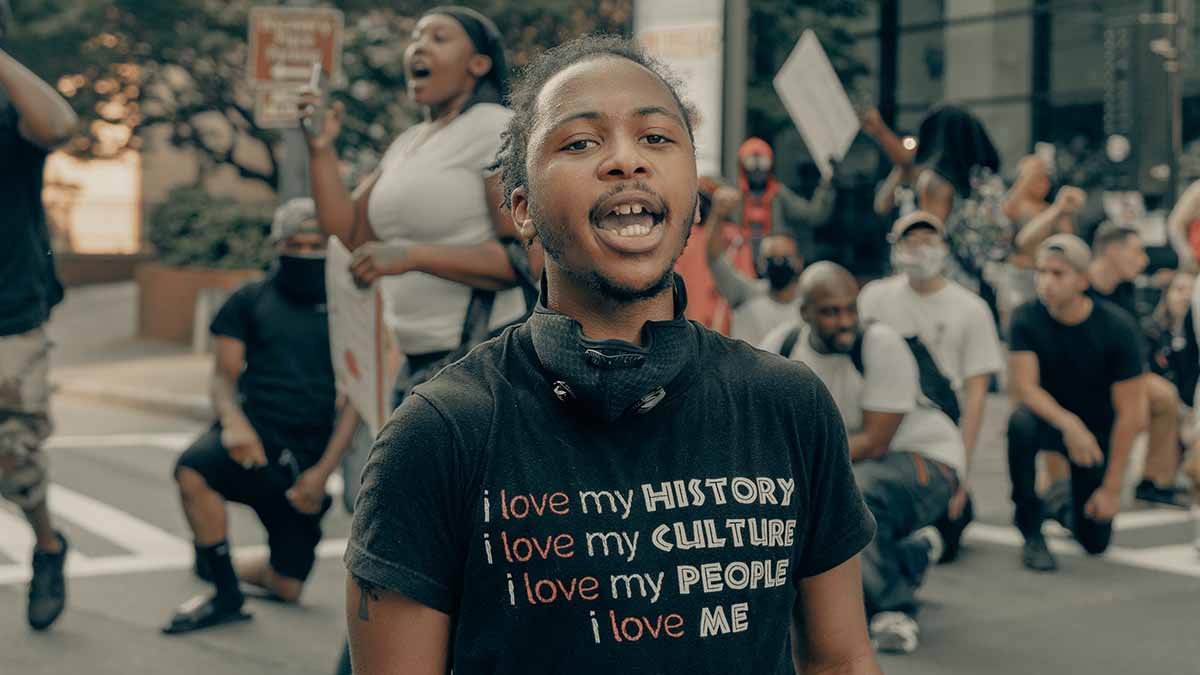 Photo by Clay Banks on Unsplash.com

I, like many of you find myself once again deeply saddened. Our nation continues to struggle with legacies of injustice, racism and inequity. Over the years, WHRO has shared stories to raise awareness and foster dialogue. We will continue to create a space where our community can come together for important, tough and respectful conversations.

We are steadfast in our desire for equal justice for everyone based on understanding and mutual respect. As you can see below, we are meeting this moment. I hope you will continue to join us.

Another View with Barbara Hamm Lee: A special two-hour broadcast Thursday at noon on WHRV 89.5 FM

During the last few weeks African Americans have witnessed a familiar story, play over and over again. A Black man is gunned down while jogging, a man is threatened while Bird watching and once again a man dies at the hands of police. For many, George Floyd’s death was the last straw… sparking everything from peaceful protests to violence.

What is life like for Black men in America? We'll explore their deepest wounds and their hopes for healing. It’s a special two hour Round Table, Thursday at noon. Join us on 89.5 FM or listen to the livestream.

They were just teenagers who wanted a chance at a better education. But in 1959 Norfolk, that was a problem. African-American students werent allowed to go to historically white schools. Watch now.

In the wake of recent tragic and fatal events between men of color and law enforcement, learn how black and Hispanic families counsel their kids to stay safe if they are stopped by the police. First broadcast in 2017, this program is also available online. Watch a preview >

The death of George Floyd has sparked protests in cities around the country. For many his death, at the hands of police, seems very familiar. Friday we have a special presentation of the podcast Code Switch from NPR. Gene Demby and Shereen Marisol Meraji host an episode called "A Decade of Watching Black People Die." Listen now >

Civil Rights leader Frannie Lou Hamer, spoke words that are all too relevant today. Today on Making Contact, you'll hear archival recordings and excerpts from a powerful new film featuring Fannie Lou Hamer. You'll hear about the context of her life, and the lives of other sharecroppers in Mississippi from a seldom heard film produced for the Student Nonviolent Coordinating Committee.
Listen now >

Race Matters – America in Crisis focuses on the frustration pouring out onto American streets, outrage about police brutality, and America’s deep systemic racial disparities in the economy, education, criminal justice system, housing, and health care, especially during the COVID-19 pandemic. The program also includes grassroots voices from around the country and a roundtable conversations with thought leaders and other newsmakers.

How do you change a troubled police department? Three years ago, Frontline went inside the Newark Police Department — one of many forces in America ordered to reform at the time. As the country’s debate over race, policing and civil rights continues, this episode is available for streaming. Watch now >

The African Americans: Many Rivers to Cross

This six-hour series chronicles the full sweep of African-American history, from the origins of slavery on the African continent through more than four centuries of remarkable historic events up to the present. Presented and written by Harvard scholar Henry Louis Gates, Jr. Watch now >

Reconstruction: America After the Civil War

A four-part series that explores the transformative years when the nation struggled to rebuild itself in the face of profound loss and African Americans forged a new, more equal place in American social and political life, only to face backlash of segregation and institutionalized disempowerment whose legacy persist today. Watch now >

Black America Since MLK: And Still I Rise

A detailed exploration of how the civil rights movement impacted the country, including successes and failures related to political and economic equality. Watch now >

The Black Panthers: Vanguard of the Revolution

A riveting look at an earlier era of conflict and how the Black Panthers provided community services while advocating for more radical national change. Watch now >

Talking Race with Young Children
Even babies notice differences like skin color, eye shape, and hair texture. Here's how to handle conversations about race, racism, diversity, and inclusion, even with young children.

Teaching Tolerance Teaching tolerance's mission is to help teachers and schools educate children and youth to be active participants in a diverse democracy.