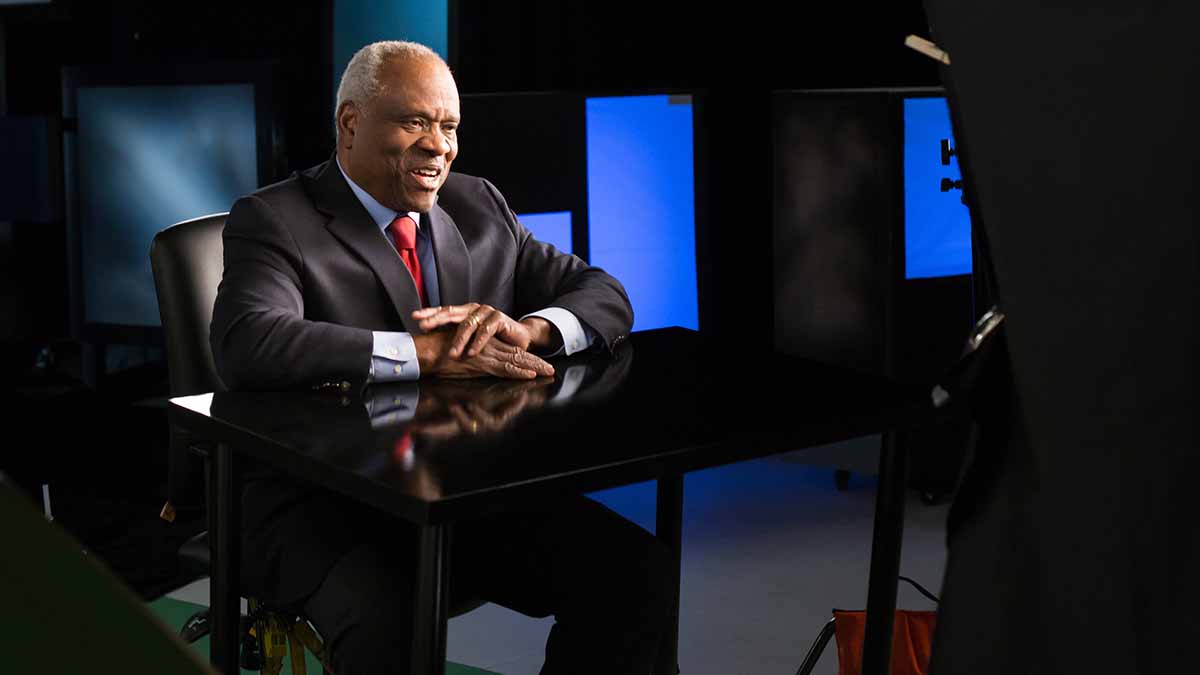 Courtesy of Meghan A. T. B. Reese

Created Equal: Clarence Thomas In His Own Words

A new film tracing the life story of Associate Justice of the Supreme Court, airs on WHRO TV 15 on Monday, May 18 at 9:00 p.m. The film, produced and directed by Michael Pack, is the product of over 30 hours of interviews with Justice Thomas and his wife, Virginia Thomas —unprecedented access from a Supreme Court justice. The PBS broadcast follows a limited theatrical release that began in January 2020.

“Justice Thomas’ life is a remarkable journey, the quintessential American success story,” said executive producer Gina Cappo Pack. “He began life in Gullah-speaking Pin Point, Georgia, suffered poverty and privation in Savannah, dealt with the vicious iniquities of segregation, and yet rose to serve on the highest court in the land.”