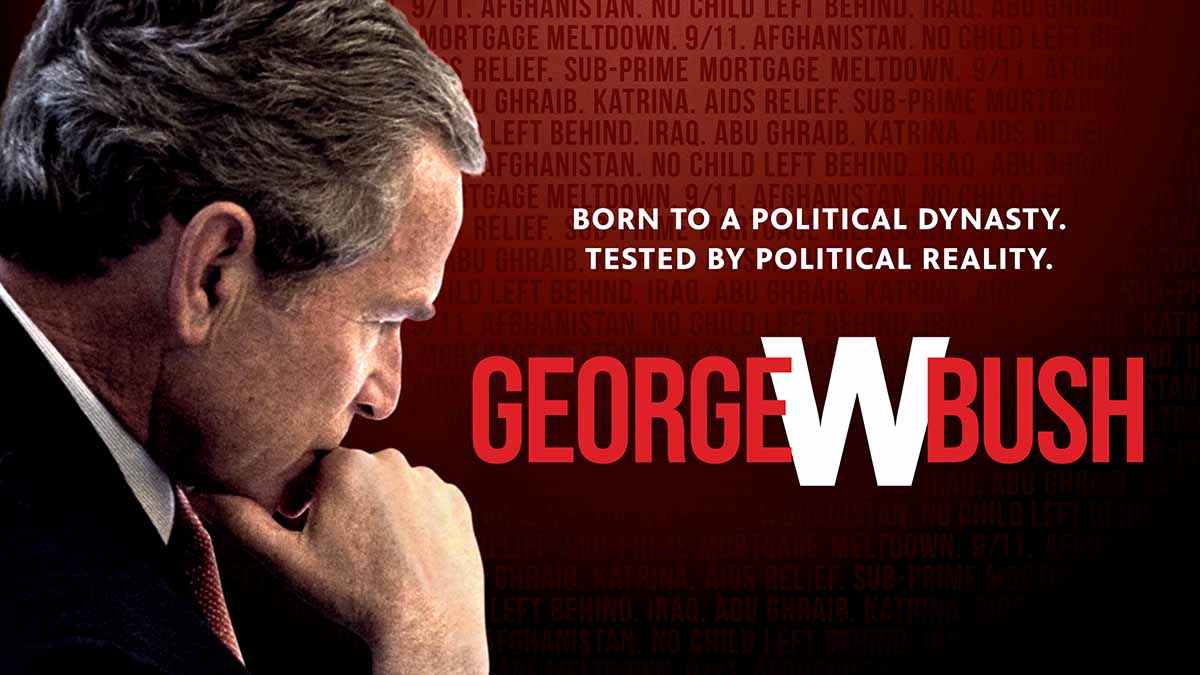 The latest addition to American Experience's Peabody Award-winning series of presidential biographies, this two-part, four-hour look at the life and presidency of George W. Bush features interviews with historians, journalists and several members of the president’s inner circle.

Part One chronicles Bush’s unorthodox road to the White House. The once wild son of a political dynasty, few expected Bush to ascend to the presidency. Yet 36 days after the November 2000 election, Bush emerged the victor of the most hotly contested race in the nation's history. Little in the new president’s past could have prepared him for the events that unfolded on September 11, 2001. Thrust into the role of war president, Bush's response to the deadly terrorist attack would come to define a new era in American foreign policy.

Part Two opens with the ensuing war in Iraq and continues through Bush’s second term, as the president confronts the devastating impact of Hurricane Katrina and the most serious financial crisis since the Great Depression.