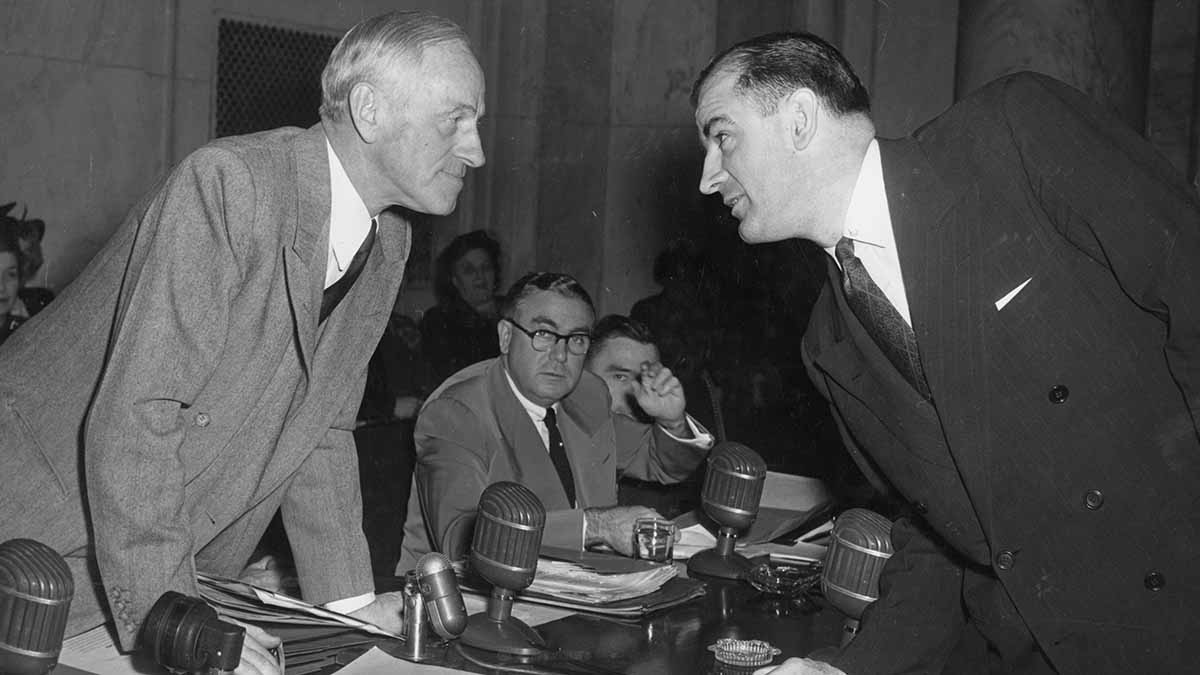 McCarthy, a new two-hour documentary chronicling the remarkable rise and precipitous fall of Joseph McCarthy, the Wisconsin senator whose zealous anti-communist crusade would test the limits of American decency and democracy, premieres Monday, January 6, 2020 on American Experience. Based in part on David M. Oshinsky’s book A Conspiracy So Immense: The World of Joe McCarthy, the film is written, directed and produced by Sharon Grimberg and executive produced by Mark Samels.

Joseph McCarthy took office after a stunning victory in an election no one thought he could win. After serving four lackluster years in Congress, he took center stage by declaring that there was a vast conspiracy threatening America — emanating not from a rival superpower, but from within. Free of restraint or oversight, he conducted a crusade against those he accused of being Communists and enemies of the state, a chilling campaign marked by groundless accusations, bullying intimidation, grandiose showmanship and cruel victimization. With lawyer Roy Cohn at his side, he belittled critics, spinning a web of lies and distortions while spreading fear and confusion.

McCarthy focuses on the years 1950-54, when the little-known junior senator from Wisconsin swiftly rose to international prominence. Drawing on transcripts of the executive sessions of the Senate Permanent Subcommittee on Investigations, McCarthy is set against the backdrop of an intensifying Cold War between the Soviet Union and the United States, as anticommunist fervor swept across America. Also featured are the testimonies of witnesses who provide first-hand accounts of McCarthy and his era including relatives, contemporaries and those who were interrogated as part of McCarthy’s brutal campaigns.