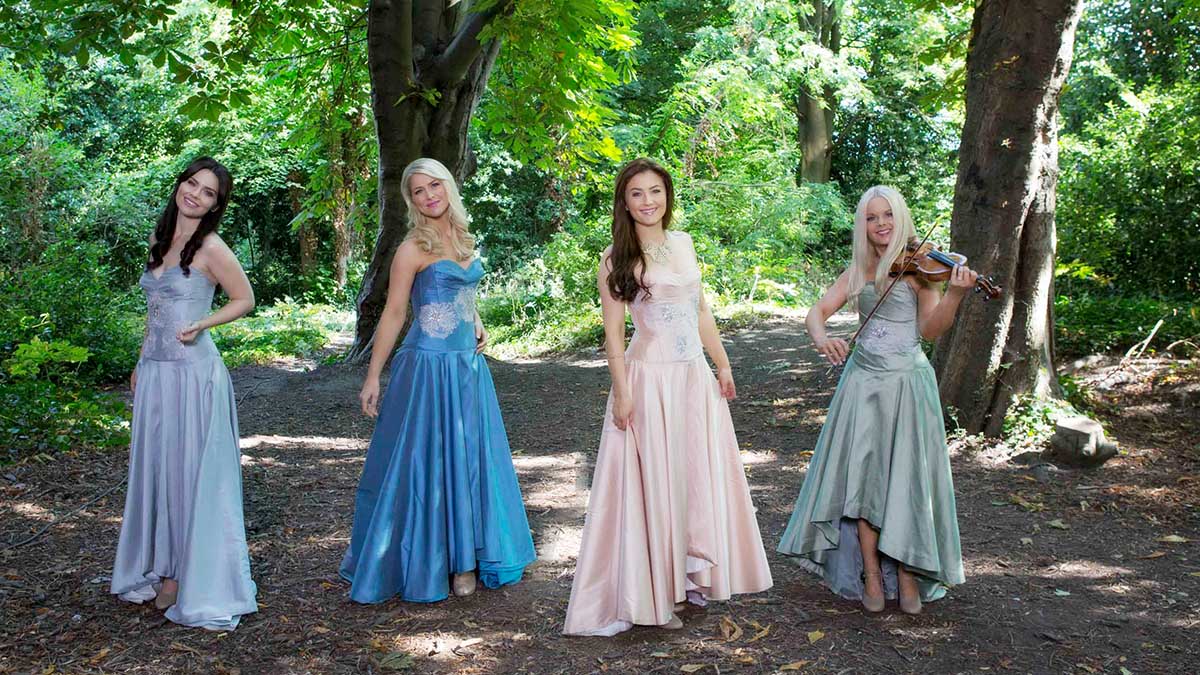 Enjoy more musical enchantment from Ireland’s famed singing group Celtic Woman including some fan favorites along with fresh arrangements of their most spellbinding songs. The live performance was filmed in Dublin’s Round Room at the Mansion House. This historic 200-year old room is where the very first meeting on an Irish parliament was held and where the treaty creating Ireland as a free state was signed. Within the spectacular setting of this round room, the group performed to a welcoming and enthusiastic audience against a 60ft wide video screen displaying specially filmed scenes that encapsulate all the natural wonders that the land of Ireland.

Celtic Woman: Destiny contains some new arrangements along with some of their most loved tracks from throughout their ten year career. The ladies performing on the night were Máiréad Nesbitt, Susan McFadden, Mairéad Carlin and the newest addition to the troupe, Éabha McMahon. They were joined on stage by original Celtic Woman, Meav performing on some of the songs. Meav has worked closely with Celtic Woman across the new recordings and preparation for this show. The show also features a guest performance by Rebecca Winckworth singing Isle Of Innisfree and Celtic Woman performing a duet with renowned German Celtic music star Oonagh.