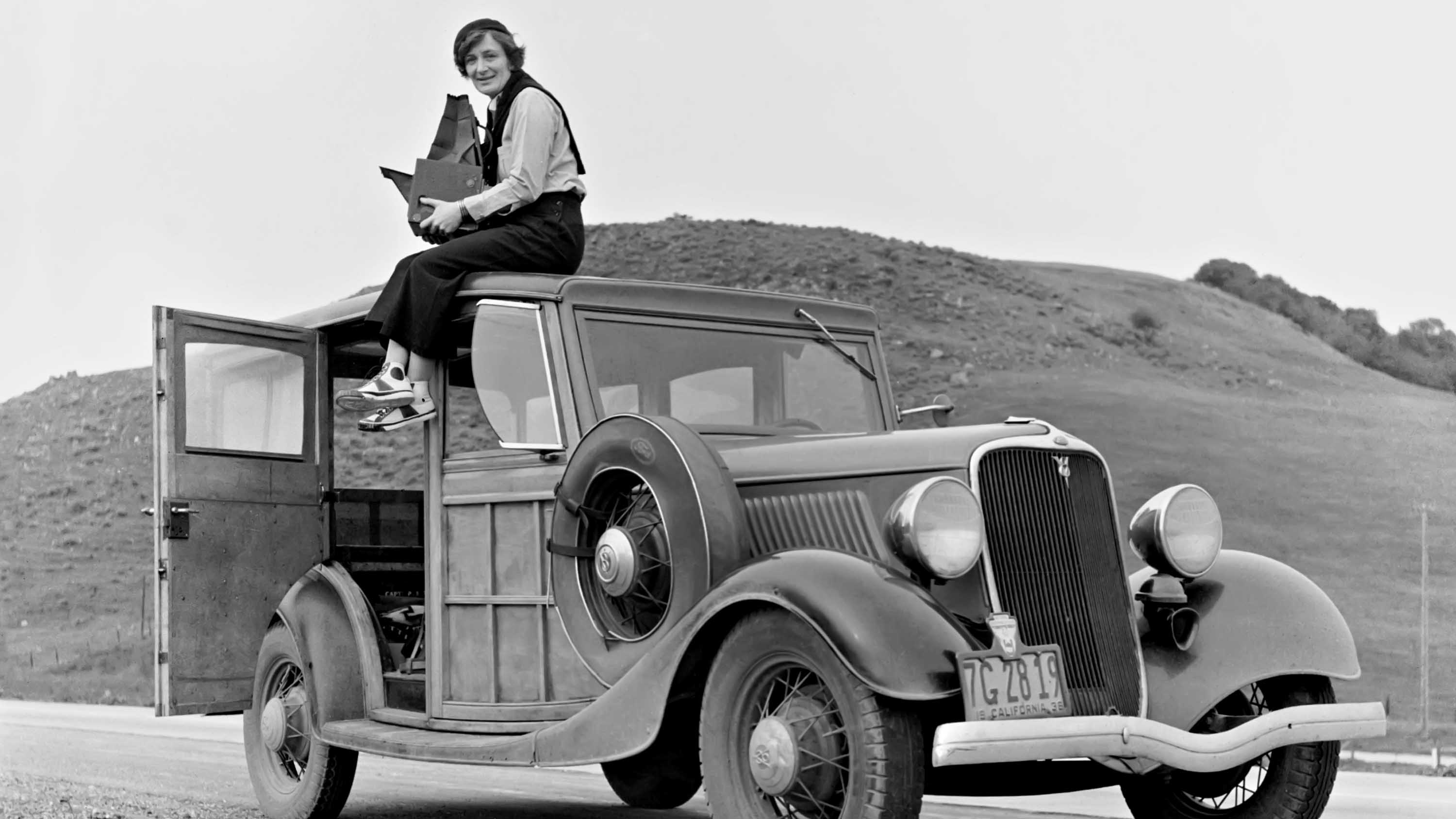 Dorothea Lange atop automobile in California. The car is a 1933 Ford Model C, 4 door Wagon. The camera is a Graflex 5x7 Series D. Lange was a New Deal Resettlement Administration and FSA-OWI photographer.

Rondal Partridge via Library of Congress, Prints and Photographs Division

Her celebrated photograph “Migrant Mother” is one of the most recognized and arresting images in the world, a haunting portrait that came to represent the suffering of America’s Great Depression. Yet few know the story, struggles and profound body of work of the woman behind the camera: Dorothea Lange (May 26, 1895 – Oct. 11, 1965).


American Masters — Dorothea Lange: Grab a Hunk of Lightning, explores the life, passions and uncompromising vision of the influential photographer. Her enduring images document five turbulent decades of American history, including the Great Depression, the Dust Bowl and World War II Japanese American internment camps. Peabody- and five-time Emmy award-winning cinematographer Dyanna Taylor — the granddaughter of Lange and writer/social scientist Paul Schuster Taylor — directs and narrates this intimate American Masters documentary.
Taylor, who learned to see the visual world through her grandmother’s eyes, combines family memories and journals with never-before-seen photos and film footage to bring Lange’s story into sharp focus. The result is a personal documentary of the artist whose empathy for people on the margins of society challenged America to know itself.


“My grandmother’s photographs grew out of her depth as a person. Ever since I began my career in filmmaking, I’ve wanted to make a film which would express the true breadth of her work and the ways she perceived the world,” said Dyanna Taylor, whose past work on American Masters films includes Ernest Hemingway: Rivers to the Sea and F. Scott Fitzgerald – Winter Dreams. “During my young years, as we spent time together, she taught me how to see, to understand that nothing is as it appears at first glance.”


“We are fortunate to have a family member, who is also a talented filmmaker, telling Dorothea Lange’s remarkable life story in a way that no one else possibly could,” said Michael Kantor, executive producer of American Masters.