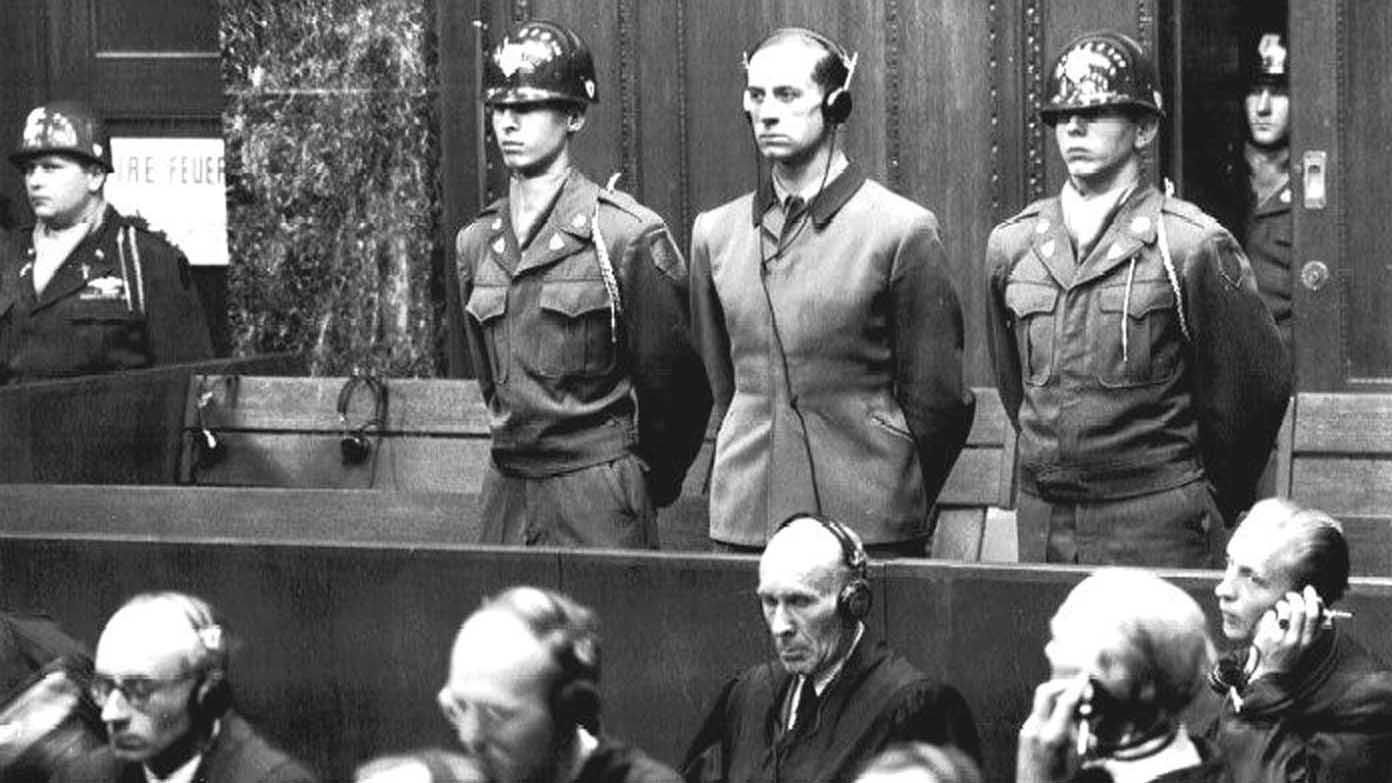 Ending war seems beyond humankind’s abilities, but significant advances have been made in investigating and prosecuting these international crimes.

Dead Reckoning, follows war crimes investigators and prosecutors as they pursue some of the world’s most notorious war criminals—notably Adolf Eichmann, Saddam Hussein, Radovan Karadzic, Charles Taylor, and Efraín Ríos Montt. The principles, legal doctrines and tactics that emerged from those pursuits now inform the effort to expose, prosecute, and punish present day human rights violators whose depredations have left millions dead and displaced. It is a tale of daring escapades, political obstruction, broken promises, and triumphs and failures.

Produced, written and directed by Jonathan Silvers, the Emmy-Award winning journalist and filmmaker behind the documentary Elusive Justice: The Search for Nazi War Criminals, the new three-hour special Dead Reckoning serves as a comprehensive sequel to that endeavor. The film opens with the flight of tens of thousands of Nazi and Japanese war criminals after World War II. The action then shifts to war crimes committed behind the veil of the Cold War, the trial of Guatemalan dictator Efrain Rios Montt, and the establishment of the International Criminal Court and other modern-day tribunals. The film takes viewers on an unprecedented global journey, recounting the efforts of survivors of mass atrocities, investigators, forensic scientists, and jurists—all working to obtain postwar justice.

Dead Reckoning reveals that international war crimes tribunals and national courts can provide acknowledgement to survivors of mass atrocities and place future offenders on notice that they, too, can be held accountable. Also resonating throughout the film is the concept that the enforcement of international humanitarian law and international criminal law is dependent on the political will of states.

The documentary is comprised of the following three program hours:

The General’s Ghost (Hour 1)
The film begins with vengeance: U.S. General Douglas MacArthur’s 1945 military trial of Japan’s General Tomoyuki Yamashita for horrific atrocities in the Philippines. Despite the lack of any evidence that Yamashita ordered or even knew about the atrocities, he was condemned to death, raising the question: Are commanders responsible for crimes their troops commit?

The Blind Eye (Hour 2)
The second hour looks at how the United States and the Soviet Union shoved international justice into the deep freeze of the Cold War, and how atrocities in conflicts with high numbers of civilian deaths—such as Vietnam, Afghanistan, and Guatemala—are covered up or ignored.

In Our Time (Hour 3)
In the third and final hour, we see both the revitalization of postwar justice over two decades and its limitations in confronting the exponential rise in civilian atrocities—sexual violence and genocide—occurring in the Balkans, Rwanda, Congo, Syria, Sri Lanka, and other countries.