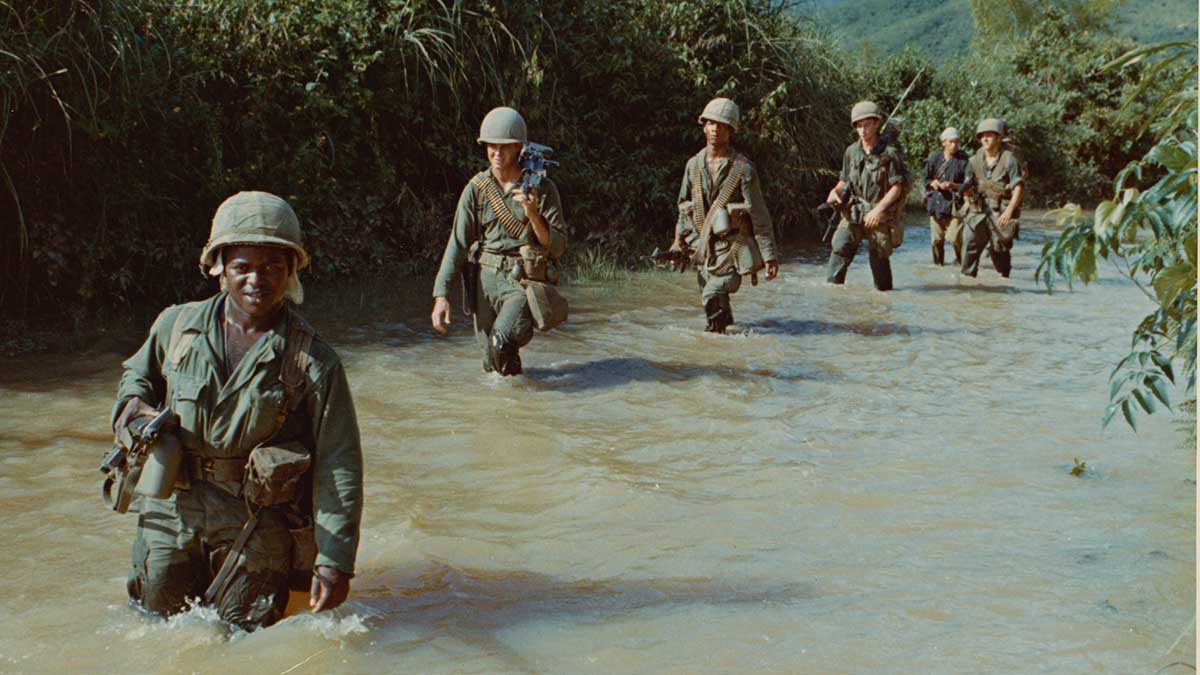 The Vietnam War features testimony from nearly 100 witnesses, including many Americans who fought in the war and others who opposed it, as well as Vietnamese combatants and civilians from both the winning and losing sides.

Ten years in the making, the series brings the war and the chaotic epoch it encompassed viscerally to life. Written by Geoffrey C. Ward, produced by Sarah Botstein, Novick and Burns, it includes rarely seen, digitally re-mastered archival footage from sources around the globe, photographs taken by some of the most celebrated photojournalists of the 20th century, historic television broadcasts, evocative home movies, and revelatory audio recordings from inside the Kennedy, Johnson and Nixon administrations.

The documentary features new, original music written and recorded by Academy Award-winning composers Trent Reznor and Atticus Ross. The film also features new music arranged and performed by Grammy Award-winning cellist Yo-Yo Ma and The Silk Road Ensemble. It is the first time Burns and Novick have worked with Reznor and Ross, as well as with Ma and The Silk Road Ensemble. Additional music in the film was composed by David Cieri and Doug Wamble, both of whom are longtime collaborators with Florentine Films.

“Ever since The Civil War, Ken and Lynn have been behind some of the most important documentary films ever shown on television, films that have in fact made television history and created national conversations around who we are as Americans,” said Beth Hoppe, Chief Programming Executive and General Manager, General Audience Programming, PBS. The Vietnam War stands out as an unmatched documentary achievement about one of the most transformative periods in modern American history. Through our comprehensive broadcast and streaming schedules, as well as our outreach efforts, our goal is to reach as many people as possible to spark a national discussion about the issues raised in the series, in a way that only public television can.”

Viewers are encouraged to join the conversation: #VietnamWarPBS