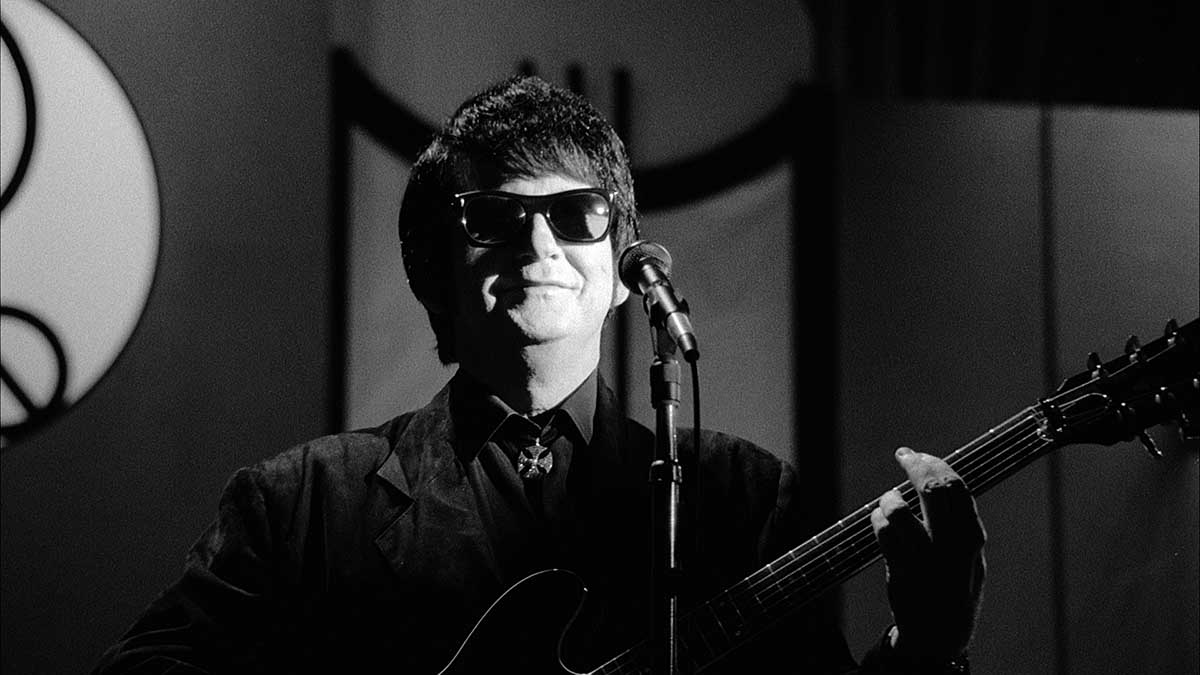 It’s hard to believe 30 years have passed since Roy Orbison’s televised comeback Black & White Night concert was filmed. Recorded live in September 1987 at the Cocoanut Grove in Los Angeles, the concert featured the great Roy Orbison and an all-star line-up of special guests for a never-to-be-repeated evening of rock and roll, filmed entirely in black and white. To celebrate the 30th anniversary of the legendary event, this newly edited and remastered version gives the iconic concert a fresh look and sound, bringing new life and excitement to the performances.

When David Lynch’s landmark film Blue Velvet was released in 1986, it featured Roy Orbison’s “In Dreams” prominently on the soundtrack. Although Orbison had been out of the limelight for some time, the film helped spark new interest in Orbison’s music. On September 30, 1987, Orbison, then 51, staged a remarkable comeback concert with the help of guest musicians whom he had influenced: Jackson Browne, T Bone Burnett, Elvis Costello, k.d. lang, Bonnie Raitt, J.D. Souther, Bruce Springsteen, Tom Waits and Jennifer Warnes. The all-star concert at the Ambassador Hotel’s Cocoanut Grove nightclub was turned into a television special and broadcast as “Roy Orbison and Friends: A Black and White Night” the following January, less than a year before the icon’s untimely passing.

Because the concert had been shot using seven separate cameras, hundreds of hours of footage went unused and unseen. Roy’s youngest son Alex Orbison and his co-editor Luke Chalk have re-edited the entire performance so that while the look will be familiar to those that have seen the original version, the vast majority of footage in Roy Orbson: Black & White Night 30 has never been seen by the public.

The program has also been restored to reflect the correct set order, so that viewers can see Roy, brilliantly backed by Elvis Presley’s TCB Band (James Burton, Glen D. Hardin, Jerry Scheff, Ron Tutt), blast through massive Orbison hits such as “Only the Lonely,” “In Dreams” and “Crying” just as the star-studded live audience witnessed them on that very night.