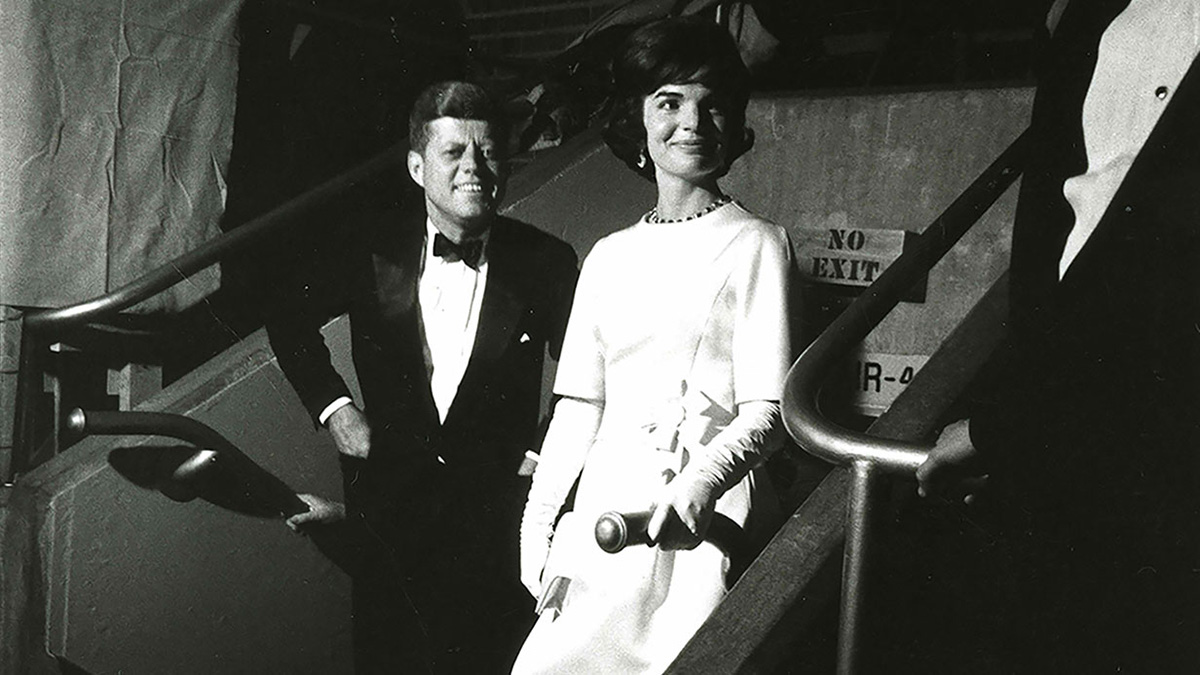 In celebration of John F. Kennedy’s 100th birthday on May 29, 2017, JFK: The Lost Inaugural Gala opens a window into the glamour and excitement that descended on the nation’s capital for his 1961 inauguration, with a never-before-seen musical event: the Pre-Inaugural Gala produced by and starring Frank Sinatra. It was a star-studded musical celebration videotaped for national broadcast with performances by Sinatra, Ethel Merman, Harry Belafonte, Ella Fitzgerald, Nat King Cole, Gene Kelly and more. But a colossal blizzard knocked out power in DC, and those show-stopping performances remained in the vaults — until now.

Scheduled to be broadcast on NBC the following week, the gala featured top Hollywood celebrities and some of the greatest musical performers of the era, which was all part of the plan according to Vanity Fair contributing editor Todd Purdum. “One of the goals of this gala was to basically declare that with this new administration the arts were going to have a new and more prominent, more important role in American political life,” he said. “President Kennedy was saying, ‘Yeah, there’s a new breeze. And we are looking at culture in our country in a different way, and it’s an exciting way.”

Producer and host Frank Sinatra, at the peak of his fame, used his considerable influence and power to draw the nation’s top talent, even convincing producer Leland Hayward to close two shows on Broadway so Ethel Merman and Laurence Olivier could participate. Sinatra also made a point of featuring African American artists at the gala — Ella Fitzgerald, Harry Belafonte and Nat King Cole — signaling a more inclusive administration and a new era in the U.S.

On the day of the event, January 19, 1961, the blizzard arrived; many of the performers were stuck in the cavernous National Armory rehearsing all day, unable to rest or change clothes for the evening. The storm knocked out most of the electricity in Washington, although a few generators powered the minimal lights and cameras necessary to tape the production. In the end, it was decided not to broadcast the program.

But now those magical performances can be seen, including Nat King Cole on “The Surrey With the Fringe on Top” and a poignant “Stardust,” Ella Fitzgerald on “Give Me the Simple Life,” Harry Belafonte’s “When the Saints Go Marching In,” and Sinatra on both “You Make Me Feel So Young” and a heartfelt “The House I Live In.” Ethel Merman, who had taken the night off from Gypsy, never made it to the hotel to change after rehearsal because of the snow and had to perform in her plaid winter coat. Introduced by Leonard Bernstein, she stopped the show with Gypsy’s rousing “Everything’s Coming Up Roses.” Gene Kelly brought down the house with a spectacular Irish jig in honor of Kennedy’s heritage. Other performances include Jimmy Durante singing “September Song,” a Kennedy family favorite, and Helen Traubel performing “The Battle Hymn of the Republic.”

The black-and-white gala performances are enhanced and interconnected by brilliant color and black-and-white footage from the Kennedy years, with insightful commentary from host Phylicia Rashad and interviewees including Purdum, historian Doris Kearns Goodwin and Rosalind Wyman, at the time a young Democratic party official who helped organize the gala. The artful mix of Kennedy home movies and photos, television news coverage, White House archives and footage from this previously unseen gala help define the fabled Kennedy years and their legacy in the arts.

“Kennedy’s youth was exciting for people,” says Goodwin. “There was that sense of forward movement, that sense that America was reaching toward its ideals. What’s so amazing about the idea of this pre-inaugural gala being frozen in time is that in a certain sense JFK's entire presidency is frozen in time. We’re going to look at all these people in the pre-inaugural gala right on the cusp of the presidency unfolding.”

“When you look back at the gala, the kind of frivolousness and the hopefulness all have a poignant air because the tale didn't end happily,” says Purdum. “That’s part of what makes it worth watching even more, because when we know how the story ends we sometimes forget how the story began, and this is a real window into what the mood was like as the story was just beginning.”