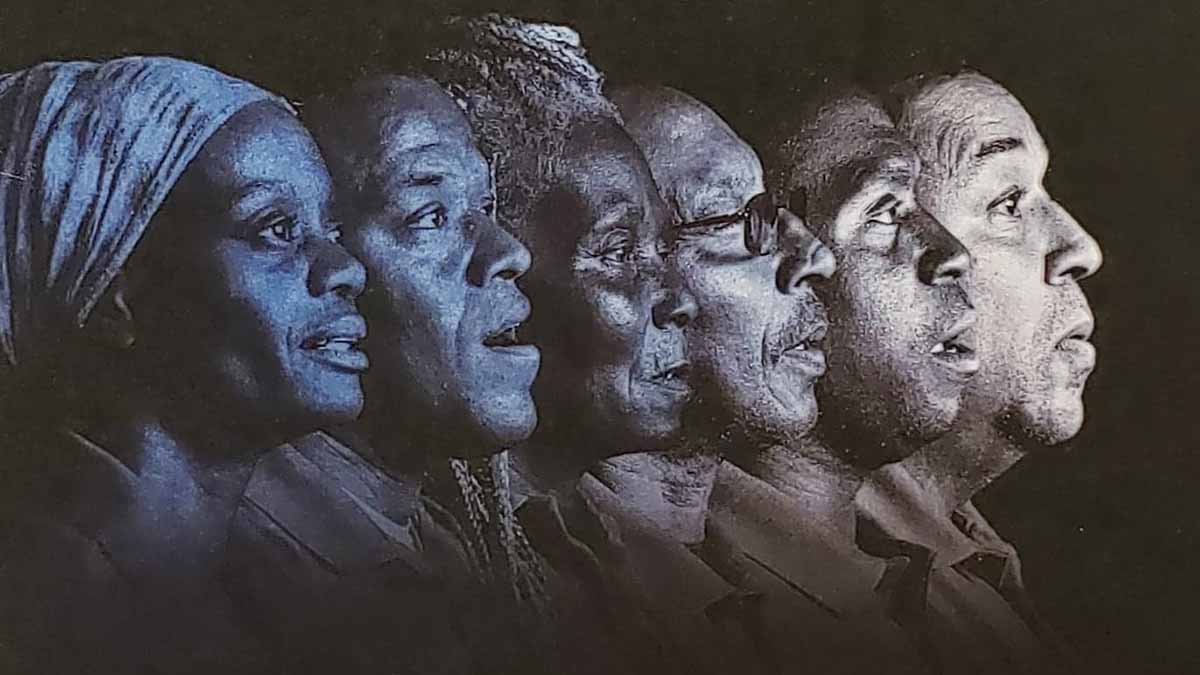 It’s the beginning of rehearsal and all the singers have found their places, ready to get started.

“Imagine people sitting here who need to receive what you have to say,” the director tells them. “All of you singing in this group have earned it. You’ve got the credentials to say, 'Keep going.’”

Robert Shoup, Chorus Master & Conductor of the Virginia Symphony Orchestra, addresses the musicians just as he has many times before throughout his career. But today he isn’t directing members of the orchestra. He is directing members of the Norfolk Street Choir, a choral group he founded in 2016 comprised of Hampton Roads residents affected by homelessness. Several now live in transitional housing, and some juggle rehearsal times with work schedules. Every Friday morning the group gathers at Freemason Baptist Church for breakfast and a choir session under Shoup’s tutelage.

With each rehearsal that members attend, they earn rewards like bus passes, sweatshirts or gift cards--but for many members there are benefits that go beyond these tangible items.

“The Norfolk Street Choir is one of the jewels in my life that I look forward to every Friday,” explains Mike Reed, a member who has been with the choir since its inception. “I look forward to giving back to the community and putting smiles on people’s faces.”

WHRO producers followed the choir through their first season, and they have been following some of the choir members for two years filming a documentary that will be released this month. For Producer Kenny Hopkins, one of the best aspects of the project has been the friendships he formed.

“To know that you represent possibly the only chance that these people will ever have to tell their rich stories, and show their value as human beings to the masses, there is a lot of responsibility in that,” he said. “I’ve formed relationships that I will hold dear for the rest of my life.”

He has also been on a journey with them, experiencing their highs and lows as they pursue jobs, relationships, education and housing. For many of them, the choir has provided a sense of belonging and family that filled them with new levels of confidence.

“Not every story worked out as we had hoped, but the homeless community is a resilient group of people who adapt and make the best of their surroundings,” he said. “This film gives a voice to the voiceless while showing how a powerful art form, like singing in a choir, can provide a sense of community and optimism to a very vulnerable population. Nobody wants to hit rock bottom, but when they do, it’s important to have opportunities to get back up, and the Norfolk Street Choir does just that.”

City Voices follows the lives of six members of the Norfolk Street Choir, a choral group comprised of Hampton Roads residents affected by homelessness. Every Friday morning the group gathers at Freemason Baptist Church for breakfast and a choir session under the tutelage of Virginia Symphony Chorus Master Robert Shoup.

Follow Willie, Johnnie, Kim, Big Mike, Nadine and Jurrell as they struggle with the hardships of streets, the ups and downs of relationships, the frustration in finding housing and see how a small community coming together under the single purpose of choral music can find friends, hope, and their voice.