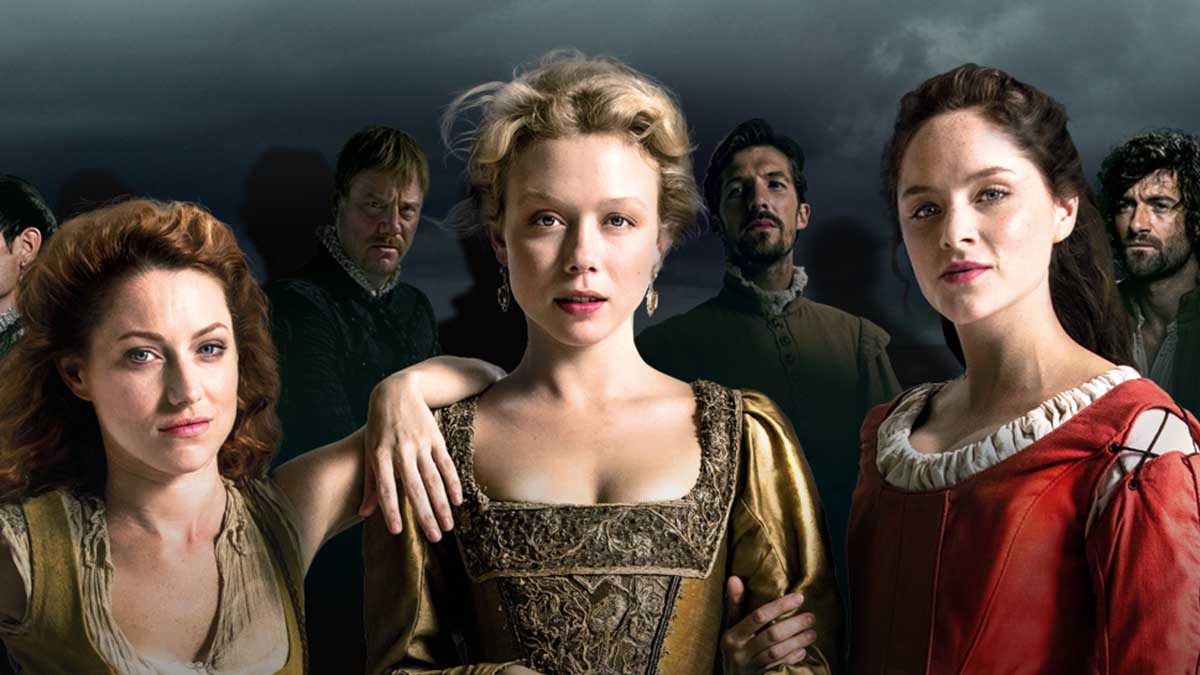 From the producers of Downtown Abbey, this dramatic series chronicles the epic journey of three courageous, dynamic women who leave behind their lives in England and arrive in 17th-century Jamestown. The entire first season of the epic eight-part drama Jamestown is now available on WHRO Passport.

Jamestown transports its viewers back to 1619 Jamestown, Virginia. Alice (Sophie Rundle), Verity (Niamh Walsh) and Jocelyn (Naomi Battrick) are among the first women to arrive in the English colony. The three women, obligated to marry the three men who have paid for their passage to the New World, are bound by the uncertainty of what the future will bring with their arrival. Joining the leading female roles are Max Beesley as Henry Sharrow, Jason Flemyng as Sir George Yeardley, Kalani Queypo as Chacrow and Raoul Trujillo as Opechancanough.

"Twisting storylines follow the new arrivals as they make an immediate impact and are thrust into a new world of love, desire, power and survival. While love triangles, bitter rivalries and fierce competition cause conflict for the residents, ultimately they are bound together by their resolute will to survive and thrive in their new lives," PBS revealed in its press release about the show.

Jamestown is written by Bill Gallagher (Lark Rise to Candleford, The Paradise), produced by Carnival Films — an NBCUniversal International Studios company — and executive produced by Gareth Neame, Nigel Marchant, Richard Fell and Gallagher. Sue de Beauvoir is a producer for the period drama.

The new drama will not be available through traditional broadcast television channels, but will be carried through WHRO Passport. Watch it now.

Not a Passport member yet? Learn how to access this member benefit.

WHRO Passport is one of the benefits you receive when you support WHRO with an annual gift of at least $60—that’s just $5 per month if you give as a WHRO Sustainer.