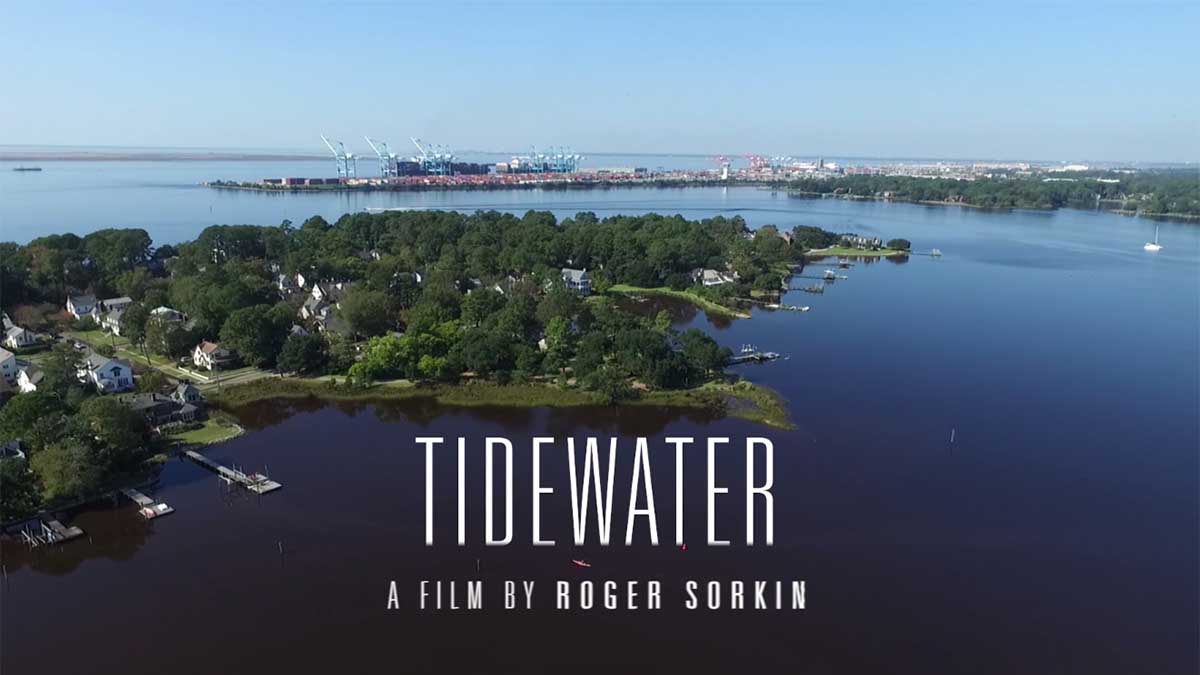 Courtesy of Roger Sorkin via vimeo.com

With its rich diversity and historical significance, the Hampton Roads is home to over 1.6 million citizens. The region is the second most vulnerable community in the U.S. to sea level rise, after New Orleans. Award-winning director Roger Sorkin dives right into the crisis and explores the scope of its effects in Tidewater.

With 14 military installations spread across 17 local jurisdictions, Hampton Roads is the home to our highest concentration of military assests in the country, where 1 in 6 residents are associated with the military. Their homes, schools, hospitals and families are increasingly struggling to keep up with the effects of rising waters, and the military and all the surrounding municipalities are working toward solutions in the name of strengthening national security and enhancing economic prosperity.

“If there’s one US region that should concern all Americans,” warns Sorkin “it’s Hampton Roads in southeastern Virginia, home to our largest naval base and a number of other critical military installations.”

The film is produced by the American Resilience Project.

Tidewater is a compelling visual narration of how sea level rise not only dramatically affects local communities, but our entire country as well.